As the political circuit heats up, politicians have acknowledged the public’s growing concern for the student debt crisis. The issue has taken center stage, especially among millennial voters, as collective student debt in the United States has hit $1.5 trillion—becoming one of the largest consumer debt categories. The rise of student debt parallels the skyrocketing cost of education in the U.S. as student lending practices and educational costs create a perpetuating cycle of increasing fees. It is important to look back at the policy choices behind student lending practices in the U.S. to understand the current system. Arguably, the public lending practices that have allowed the drastic increase in educational costs were essential to mitigate other negative externalities.

In attempts to develop a nationwide student loan program in 1965, Congress established the Federal Family Education Loan (“FFEL”) program. Non-discriminatorily guaranteeing student loans served as the program’s cornerstone as long as students were eligible for the program. This was Congress’s attempt to “even the playing field” for students of different socioeconomic statuses. Before FFEL, students would have to turn to the private market for student loans, limiting access to students who were deemed a credit risk. Adding to such barriers, students from underprivileged backgrounds were usually charged a significantly higher interest rate.

Additionally, the FFEL program allowed the federal government to encourage private lending while avoiding costs associated with directly lending to the students. To further mitigate discriminatory and predatory lending practices, the federal government specifically contracted with lenders that abided by the program requirements—the most prominent being Sallie Mae. These lenders would specialize in facilitating transactions by raising money through private investors and then lending to students according to federal government requirements. This meant companies abided by federally set interest rates, collection practices, and much more. While the program did provide access to funding, Sallie Mae and other facilitating agencies had trouble appealing to private investors. The interest rates restriction imposed by the federal government made investing unappealing to banks and private lenders.

In order to make lending more appealing, the federal government started to subsidize the interest rate charged by banks. However, the FFEL program disallowed lenders to charge a variable interest rate based on the creditworthiness of the student. Thus, resulting in a government subsidized higher interest rate across the board for all students. Coupling this cost with the general cost of guaranteeing defaulted student loans, the FFEL program became more costly than originally intended.

As the 2008 economic crash resonated among industries, it forcibly changed the foundation of student lending. As loan defaults started to balloon, the government acted as a lifeline for student debt since it had guaranteed 97% of student loans. Trying to ensure that the student lending market didn’t freeze, Congress passed the Ensuring Continued Access to Student Loan Act (“ECASLA”). The program allowed the Department of Education to buy back FFEL program debt from lenders. ECASLA was the necessary foundation in a shift towards the current direct lending program of the Department of Education. By creating a secondary market for student loans, the total cost of lending increased as administrative fees and premiums were added when loans were sold.

Concurrently with the enactment of ECASLA, the Department of Education rapidly grew the William D. Ford Federal Direct Loan Program (“Ford Loan Program”). The Ford Loan Program was initiated in 1992 as a test program once FFEL costs began to rise. It was much smaller in comparison to FFEL for much of its lifespan. However, as the Department of Education was burdened with effectively bailing out FFEL lenders, the Ford Loan Program allowed more efficient lending through the U.S. Treasury. In 2010, Congress eliminated the FFEL program and switched to the direct lending model of the Ford Loan Program due to the inflated cost of the FFEL program during times of economic stagnation.. By monopolizing the lending market, the government was able to cut out administrative fees paid to third-party lenders and guarantying agencies—essentially shifting student lending to the public realm.

On face value, the shift to a direct lending model has saved the federal government $60 billion. These cost savings are a result of the government cutting out middlemen—banks and private lenders. One significant cost saving was that the government no longer had to pay the difference between the maximum FFEL interest rate and the private market rate.

Additionally, the direct lending approach has further protected vulnerable students from predatory lending practices.  Due to the government’s autonomy over the system, private lenders are no longer allowed to side-step FFEL requirements to predatorily target high-risk borrowers. In the past, certain lenders would target high-risk students with large loans and apply harsh collecting practices, hoping to push the debtor into default. By doing so, the lender would receive a lump sum cash payout from the U.S. guarantee. By instituting a credit default swap, lenders mitigated almost all of the risk while still realizing a profit faster than they would have. However, direct lending effectively restricts this behavior by disallowing profits through CDS.

However, every solution comes with its drawbacks. Some argue that the direct lending program and nationalization of student lending has caused a series of negative externalities that are correlated with the implementation of such programs. The reorganization to the direct lending model has led to students having more access to money. Private markets have the autonomy to choose who they lend to and how much they lend based on creditworthiness. Even under FFEL, student debt had to be appealing enough for the private market to invest in. In the current system, the Department of Education must lend money to all students, regardless of their creditworthiness or overall cost of lending. This has created a new market for schools and has created avenues for abuse. Theoretically, schools can charge much more and not risk losing students from low-income backgrounds until the cost of education hits a threshold where it is not worth it to the individual student. While the core goal is to make education accessible for all, it has come at a price—with four-year college costs rising 68% within the last 20 years.

While direct lending has allowed the Department of Education to monopolize the main facets of student lending, the government has heavily outsourced tertiary responsibilities. The government has contracted with third parties for debt collection and loan management services. A virtual oligopoly monopoly is created by servicers like Navient, Nelnet, and a few other private agencies. The systemic issue is that these agencies are paid on a commission basis, perpetuating terrible practices. With little oversight, these agencies have instituted predatory collecting practices and subpar loan management services. Private equity groups from Citigroup, JPMorgan, Bain Capital, and NCO Financial have all entered into the field due to the estimated $2 billion in revenue collected in 2017. Additionally, Congress has made student debt very difficult to discharge in bankruptcy proceedings—making the industry ripe for existing collection agencies to enter the market. Thus, it appears the attempted solutions have done little to stymie harsh collection and predatory lending practices.

Discharging student debt is exceptionally difficult compared to other types of debt due to its history. At the onset of implementing the FFEL program, policy makers were concerned with students tactically discharging debt right after graduation. Their solution was to create a 5-year restriction after graduation, which was then increased to 7-years. However, the most restrictive policy implementation was the requirement of the debtor showing “undue hardship.” Additionally, Congress did not provide any guidance to what is considered “undue hardship,” resulting in a very ambiguous rule that is not commonly used. Individuals filing bankruptcy are already in a vulnerable position, the ambiguous language further blurs the line of whether bankruptcy will provide relief.

With student debt piling up and no clear way to discharge it for those debtors that need relief, policy makers have created a system that is apt to be exploited by private companies. There are no purely economic disincentives for the collection agencies not be overly aggressive. Even if they push the debtor into bankruptcy, the debt they are pursuing will likely survive. Consequently, there will be less creditors pursuing the debtor, which means a higher chance of being paid. Stopping this cycle is more difficult than creating an outright bar on certain collection practices for student debt. Even when certain collection practices are disallowed, collection agents successfully use them without many consequences. A more practical approach would be to outline the ambiguous “undue hardship” hurdle, thus, allowing debtors to have a better understanding of their choices. Additionally, legislatively changing the profit structure for agencies would inherently change the behavior. Forcing companies to rely on flat fee contracts or other set ups would discourage collectors from taking drastic measures that are seen due to the commission-based system. Understandably, this approach is much more aggressive, but due to the peculiarities of how student debt is treated, arguably, it should have its specific rules.

It is unclear if there is a solution that would mitigate the consequences that have evolved from the current student debt crisis without diluting the core goal. Though, this remains a bipartisan issue, political parties hold highly partisan and polar-opposite approaches to curtailing the problem.

Perhaps, the best approach would be to institute a hard cap on lending, while ensuring that the cap is generous. On face value, this seems to negate the goal of the government because it may limit a student’s choice due to financial restrictions. However, the issue of student debt has evolved significantly within the last decade. The cost of education has become a barrier instead of a student’s access to funds being the only barrier. To a certain extent, the open access to funds has created an adverse effect. As college tuition inflates, lower income students are less attracted to a traditional 4-year education because it is accompanied by burdening debt. This may also further perpetuate a disparity between socioeconomic classes as more and more students forgo a college education because the benefits are negated by lifelong loans. However, this systemic issue is disguised behind the veil created by direct lending. By instituting a hard cap, there is a temporary halt to the problem. Colleges are less likely to further inflate their costs if it results in less students.

Additionally, allowing greater access to flexible payment plans and forgiveness incentives would be a more sustainable approach. By doing so, the crushing burden is somewhat alleviated and there is a higher probability of the student not defaulting on the debt. Thus, also keeping these debtors out of reach from aggressive collection agencies. While forgiveness plans currently exist for certain subjects of students, such as public service workers, qualification for these programs are ambiguous and the structure can be unclear. Forgiveness program qualification focused on factors such as a student’s economic status coming into college, their family’s financial situation, and their salary after college. However, consideration for qualifying is after a student has graduated. If programs gave varying payment requirements based on salary projection and clearly outlined the structure of how the forgiveness program worked—it would further the goal of ensuring education is accessible to all. By creating forgiveness programs for students of underprivileged backgrounds and allowing early approval, students would have much more autonomy over their educational costs.

This shift may take longer and include trial and error; however, it is essential to focus on policy issues that can have an immediate impact. This includes limiting predatory collection practices and assuring that outsourced responsibilities have appropriate oversight. With each decision, there is going to be a push and pull between access to education for all and protection against surging costs. The goal should be to strike a balance and limit the inflating costs of education in general. 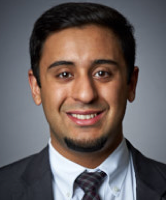