While the United States and the world glues their attention to the historic protests for racial justice following the killing of George Floyd by Minneapolis police, and the Trump Administration creates ever-growing casualties like exploding unemployment, rising death tolls, and public unrest, the cast of The Trump Show is drumming up a far more subdued spectacle behind the curtain. Using this historic moment as cover, the Administration has continued to move full-steam ahead towards dismantling the U.S. immigration system.

On the heels of the Administration’s latest proclamations prohibiting travel for certain foreign nationals that have traveled to or been present in the People’s Republic of China, Iran, the Schengen Area of the European Union, the United Kingdom and Republic of Ireland, and Brazil, President Trump, citing labor market conditions resulting from the COVID-19 pandemic, recently issued two significant Proclamations fundamentally altering the U.S. visa issuance process. In April, Trump signed Proclamation 10014, placing a “temporary” sixty-day ban on the issuance of certain new employment-based permits for lawful permanent residence (also known as green cards). And in June, Trump issued Proclamation 10052, extending the Proclamation 10014 bans until at least December 31, 2020 and issuing a new ban on foreign nationals (also set to expire December 31, 2020) seeking to come to the United States on an H-1B temporary skilled labor visa, H-2B temporary unskilled, non-agricultural labor visa, and J-1 trainee exchange visa. Initially, Trump sought a much broader executive action to suspend most lawful immigration and temporary guest-worker admission, but The Trump Show Executive Producer, Jared Kushner, advised Trump to issue a far more limited order because of criticism from “corporate executives, farmers and others who rely on temporary guest workers.” Yet despite this apparent withdrawal of force by the Administration, this is likely just one step in a carefully calculated strategy to restrict lawful immigration. Thanks to a confluence of good fortune for the Administration, including a major win at the Supreme Court, an immigration law that allows for the temporary ban of immigrants “in the national interest,” and a worldwide public health crisis devastating employment and the economy, Trump, a seasoned showman, former gameshow host, and creature of television, and his crew of writers are primed to permanently wreck the landscape of lawful immigration to the United States.

While our “very stable genius” and noted vocabularist President claims he might know more about the U.S. visa system than just about anybody, the immigration arc of The Trump Show has been the brain-child of the white nationalist head writer and Senior Advisor to the President, Stephen Miller. Miller, in what was supposed to be a private call to an audience of Trump supporters, noted that the President’s “temporary” ban on employment-based green cards is part of a broader effort to halt lawful immigration. And Trump, too, has signaled support for Miller’s series vision. Trump, for example, indicated that he now wants to direct The Trump Show towards ending the temporary employment program for foreign graduates of U.S. universities (known as Optional Practical Training, or OPT). With these new Proclamations, Trump may just get his wish.

Although Trump himself has openly reviled the U.S. immigration system, he likely sees his immigration agenda as a series arc for his show. Rather than using COVID-19 as the excuse to transform immigration in one quick episode, Trump will instead deconstruct the system brick by brick over the course of his presidency through targeted immigration bans and regulations. However, experts argue that a wholesale immigration ban is likely unconstitutional. Cornell University Professor of Immigration Law Stephen Yale-Loehr, in referring to a tweet that Trump posted shortly before he issued the more-subdued Proclamation 10014, stated that a broad suspension of immigration is likely unconstitutional and to be met with litigation. Of course, head writer Miller is smarter than taking such an unprecedented and drastic step in regulating immigration. Based on the trajectory of the Administration’s immigration policy since Trump’s inauguration in 2017, the piecemeal draconian travel bans, orders rescinding status of foreign nationals like those on Temporary Protected Status, and intentional backlogging of immigration visa processing at U.S. Citizenship and Immigration Services (“USCIS”) will achieve the immigrant-free America that Trump and Miller long for.

While the Supreme Court might be more willing to strike down a wholesale ban on immigration, the Court’s conservative majority has signaled it will be far friendlier to targeted immigration regulations. For one hundred thirty years, the Supreme Court has long deferred to Congress and the Executive Branch (as empowered by Congress) in crafting broad immigration regulation as a matter of national sovereignty that transcends the Constitution. In reviewing executive immigration regulation actions, “on the basis of a facially legitimate and bona fide reason, the courts will [not] look behind the exercise of that discretion.” And the Court’s conservative majority in the 2018 Muslim Travel Ban Case, discussed below, indicated that it will continue to adhere to this precedent.

Although the Court has been deferential to the President’s restriction of immigration, Congress, of course, must authorize the President to restrict immigration in the first place. Under Section 212(f) of the Immigration and Nationality Act, Congress has vested in the President the power to suspend the entry of any foreign national or any class of foreign national when such entry would be “detrimental to the interests of the United States.” President Trump has used Section 212(f) in instituting numerous travel bans, including each of the Muslim Travel Bans in 2017, and this year in instituting the numerous coronavirus-related travel bans and Proclamation 10014. In 2018, the Trump Travel Ban reached the Supreme Court, where, despite President Trump’s overt statements of racial animus towards persons of the Muslim faith, the Supreme Court held that the Administration’s “facially legitimate and bona fide” national security rationale was enough to warrant no further review of the President’s Section 212(f) action. And not only did the Court fail to review the action further, the Court also held that the President need not define an endpoint at the time of the suspension despite the fact that the term “suspend” in Section 212(f) implies an endpoint. The Supreme Court’s ruling was not just a win for Islamophobia, racism, and bigotry; it has also now allowed the Trump Administration to position itself to enact a plethora of court-protected indefinite travel bans using Section 212(f) so long as Trump can rubber stamp the words “in the national interest” on each ban.

The dangerousness of Proclamations 10014 and 10052 come from the particular way the Trump Administration is exploiting the economic effects of the COVID-19 pandemic. The initial COVID-19 era travel bans focused on suspending travel on public health grounds—presumably, when the pandemic begins to wane in the nations targeted by the bans, immigration will resume. But Proclamations 10014 and 10052 exploit the novel coronavirus in a new way—capitalizing on the economic impact of social distancing and stay-at-home orders that have led to increased unemployment and the closure of hundreds of thousands of businesses. Given that economic experts expect that the economic recovery from COVID-19 is difficult to predict and, even in the best-case-scenario, will take a long time, any immigration orders on grounds of COVID-19 economic impacts could last for as long as Trump remains in office. Trump seems to think that reducing immigration will somehow protect U.S. employment by limiting the number of foreign nationals available to fill jobs that remain after the pandemic. But immigration experts have long stated that the United States relies on foreign workers to meet its labor shortage in both skilled and unskilled occupations. Even the Trump Administration itself seems to understand that seasonal workers are vital to the U.S. economy, as just before the pandemic hit the United States, the Trump Administration moved to add an additional 35,000 visas for H-2B seasonal workers, only to then ban any new H-2B workers from entering the United States. But again, the conservative Justices on the Supreme Court have decreed that Trump need simply say the magic words and his bans will come true.

So, what is there to do to stop The Trump Show from writing a new horrible episode for U.S. immigration? For one, many American-based companies understand that they rely on skilled foreign workers to fill vacant occupations, and any ban on skilled workers would result in political blowback from major industry donors to the President. Professor Yale-Loehr thus believes that the Trump Administration might, instead of a quick Executive Order banning OPT employment for foreign national students, opt to direct that USCIS go through the lengthy administrative process to enact a final rule limiting OPT employment, as the rule would “give [Trump] political cover while not actually suspending the OPT program.” Perhaps if American industry, lawmakers, and the public vocalize their need for foreign labor, the Administration may back down on its threat to end OPT or to permanently dismantle the H-1B visa program, the latter of which Trump has long eyed for destruction. Nonetheless, even in such a situation, unskilled laborers without the same political influence would remain a target of the President’s possible immigration bans.

Ultimately, Congress needs to fully revamp the U.S. immigration system. At the hands of Trump, during a deadly world-wide pandemic, the Administration continues to deport hundreds of children, often without notifying their families. Trump and the Acting Director of USCIS and minor series-villain, Ken Cuccinelli, plan to furlough 70% of USCIS staff and continue to enact stringent immigration review policies that will further increase review times, create backlogs of thousands of cases and choke the already cash-strapped immigration agency reeling from COVID-19 from processing applications and conferring immigration benefits. The Trump Administration will stop at nothing, not even a once-in-a-century pandemic, from permanently transforming the U.S. immigration landscape. Unless Congress acts swiftly to enact comprehensive U.S. immigration reform, The Trump Show writers are primed to write most lawful forms of immigration out of the series for good. 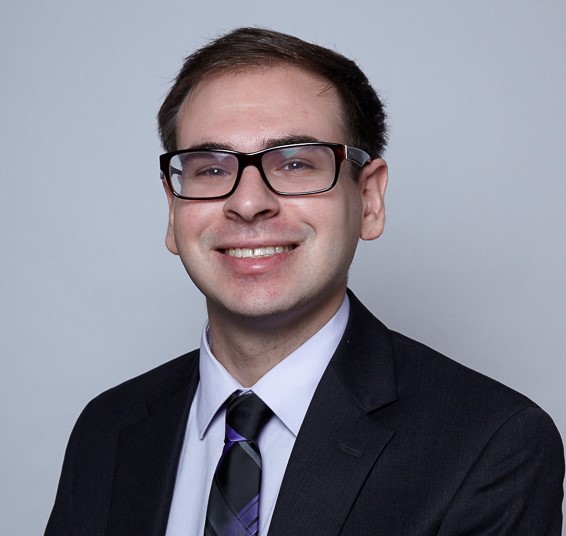 About the Author: Matthew Sunday is a third-year law student at Cornell Law School. Matt earned his Bachelor’s of Arts in Political Science from the City College of New York – Macaulay Honors College. Currently, he serves as a Notes Editor for the Cornell Journal of Law and Public Policy. His Note, U.S. Visas as New Property: Using Landon v. Plasencia and Goldberg v. Kelly as a Framework to Provide Procedural Due Process to Foreign Nationals During Visa Revocations, is expecting publication in the thirtieth volume of the Cornell Journal of Law of Public Policy forthcoming in 2020. Prior to law school, Matt served as a Senior Paralegal at an immigration law firm in New York City. Aside from his experience in immigration law, Matt also served as a Co-President of Cornell OutLaw from 2019 to 2020.