In a year of unprecedented events, among the most unexpected is Trump’s ongoing attempt to erode public faith in the United States Postal Service (“USPS”) and its ability to ensure a free and fair election through mail-in ballots. How exactly did we get here?

Congressional Republicans passed the Postal Accountability Enhancement Act (“PAEA”) in 2006 to reform USPS operations after its business model was deemed no longer viable, but PAEA’s passage was perceived as hostile to the USPS’ efforts to stay in business. PAEA, among other things, set up a pre-funding requirement that the USPS make annual payments, which amounted to between $5.4 to $5.8 billion a year, into a retirement healthcare benefits fund through 2016 to cover its obligations to current and retired employees; the USPS defaulted on these payments beginning in 2012. However, this was only one strain on the USPS’s finances. Another is the long-running decline in first-class mail volume since 2001. After 2006, the USPS went into debt and stayed in the red for 13 consecutive years.

In February, the House passed the USPS Fairness Act with some bipartisan support to alleviate needless burdens on the USPS by undoing the prefunding requirement and forgiving payments on which the USPS defaulted. However, it’s currently showing no signs of life in the Republican-controlled Senate. If the USPS receives no congressional assistance and its package volumes revert to pre-pandemic levels, it projects running out of cash by April 2021.

The Trump Administration has previously proposed a vast restructuring of the USPS, including its privatization, in pursuit of President Trump’s own vision to cut costs and promote efficiency. Trump also pressured ex-Postmaster General Megan Brennan to double rates on USPS-delivered Amazon packages to turn a profit, though she resisted. More recently, Treasury Secretary Steven Mnuchin considered seeking authority to approve USPS organizational changes as condition precedent for allowing it to utilize a newly authorized, emergency $10 billion coronavirus loan, though the Treasury ultimately relented, granting loan access once the USPS decided to hand over its biggest negotiated service agreements while committing to spend withdrawn loan money within 30 days.

Beyond attempting to control the USPS through its purse strings, Trump has made misleading or false statements about its capabilities, pushing a narrative that mail-in voting is fraudulent, unreliable, and undermines the democratic process. There’s little doubt that the pandemic has hit the USPS hard, forcing it to contend with staffing shortages, over 2800 workforce infections and over sixty deaths. Further efficiency problems have also arisen due to increased e-commerce mail volumes and backlogs, such as tracking issues, unexpected returns, stalled or missing packages, and delivery delays ranging from days to weeks. Nonetheless, there remains a glaring lack of evidence supporting Trump’s repeated contention that the USPS is ill-equipped for fulfilling its task of delivering mail-in ballots. Never mind the fact that the FBI, elections experts, major news publications, and Postmaster General Louis DeJoy himself have debunked these claims time and time again.

It may be useful to define some frequently conflated terms at this point. “Universal mail-in” or “all-mail” voting refers to the policy and process of sending mail-in ballots to all registered voters; five states currently do this. “Absentee ballots” refer to ballots requested when a voter cannot or chooses not to vote in person. “Mail-in ballots” refer more generally to policy that permits voting by mail. The distinction between these three terms can be confusing, especially when they are frequently treated as synonyms. USPS mailings in August intended to clarify the confusion surrounding mail-in ballots may have instead amplified it. Some public officials have made accusations that this amounted to voter suppression. Adding to the confusion were warnings issued to forty-six states about possible voter disenfranchisement due to ballot delays.

Further, the public has begun to view reduced USPS service hours and routine post office box removals in various states with concern about their potential impact on mail-in ballots. Over the past decade, the USPS removed an average of 3258 mailboxes a year, though this year particularly intense public scrutiny has been cast towards these removals due to the pandemic.

As a result of public concern over the USPS’s recent activity, multiple Senators began to put pressure on Postmaster General DeJoy for mailbox removal explanations, and the USPS decided to delay further mailbox removals in sixteen states until after the election. DeJoy committed to pause changes to USPS operations to avoid the impression of impacting election mail, though he won’t undo any changes already implemented. This, however, was not enough for the fourteen states that successfully sued the USPS and were granted a court-ordered injunction against mailbox removals by Judge Stanley A. Bastian. Judge Bastian wrote that President Trump and DeJoy were “involved in a politically motivated attack” on the USPS, enacting policy changes that create a “substantial possibility that many voters will be disenfranchised.”

From March to July, Trump has attacked mail-in voting nearly seventy times through his interviews, Tweets, and commentaries. Trump has implied that his desire to prevent expansions of mail-in voting stems from his view that its use is favorable to Democrats, though this, too, has been debunked. He has even gone on record suggesting that he won’t support funding the USPS because without funding, the Democrats “can’t have universal mail-in voting.” Though mail-in voting doesn’t benefit any particular party, Democrats seem to favor it in swing states, requesting absentee ballots at sometimes triple the rate that Republicans have in North Carolina, New Hampshire, and Pennsylvania.

A clear preference among Republicans has emerged for voting in person at 71% compared to 39% of Democrats, while Republican enthusiasm for mail-in voting is at 21%. It is noteworthy, however, that not all of Trump’s GOP peers support his negative message on mail-in voting, with some in the swing state of Wisconsin expressing concerns that it could further suppress the Republican vote. Elsewhere, the North Carolina Republican Party, intending to facilitate access to absentee ballot request forms, perplexed voters with mail that more closely resembled Trump re-election campaign materials than request forms as they heavily featured Trump’s face and rhetoric.

On two separate occasions, Trump freely encouraged his supporters to vote twice to ensure that their vote is counted. Attorney General William Barr defended Trump’s suggestion, claiming he was unaware of the legality of voting twice, despite the fact that such behavior is frequently a felony. Trump later hinted at potentially illegal outcomes in the democratic process. When asked at a recent White House press briefing to commit to a peaceful transfer of power post-election, Trump’s response was, “we’ll have to see what happens,” adding that getting rid of the ballots will ensure “a continuation” of his presidency.

So, what exactly will we see happen during the election? The recent past may be a helpful indicator. Rates of primary ballots that were thrown out this year for missing tight primary deadlines ranged from 1% in California to over 5% in Virginia, contributing already to the disenfranchisement of nearly 200,000 more people than the last election. The Los Angeles Times recently conducted a test to assess the extent of delays. The result? A 75% on-time delivery rate for first-class mail intended to arrive within 2 business days throughout the country, a rate the president of the American Postal Workers Union deems “unacceptable.” Given these continued timeliness issues with the USPS and the wide range of absentee ballot receipt deadlines, there is a strong chance that the election results may not be known on election night. During the first presidential debate, Democratic nominee Joe Biden stated that he would support an outcome once “all the ballots are counted” and “independently certified,” whereas President Trump predicted “a fraud like you have never seen” due to mail-in voting and ventured to say that he won’t “go along” with the results of the election if he sees “ballots being manipulated.”

In order for states to avoid a vote counting crisis like that of the 2000 election, one legal expert is suggesting that states join the ACLU in filing suit against the USPS under claim of violating the Fourteenth Amendment’s Equal Protection Clause. Professor Laurence Tribe of Harvard Law argues that under O’Brien v Skinner, 414 US 524 (1974), states cannot make arbitrary distinctions between categories of qualified voters in that some votes are counted and others are invalidated. Another attorney, C. Boyden Gray, has expressed concern with even attempting to track mailed ballots given America’s current patchwork system. Professor Tribe advocates for injunctions on ballot invalidations until states enact a postmark rule.

A postmark rule is a state statute that requires that a postmark placed on mail on or before a specific date, regardless of the actual delivery date, be treated as prima facie evidence that delivery was completed by the postmarked date. Rules like this also exist at the federal level for specific purposes, such as 26 U.S. Code § 7502, which applies to filing documents or payments with the Internal Revenue Service. A push for court-ordered injunctions until every state adopts a postmark rule may be the most equitable way forward, since old and young people alike have been instructed to stay home, a place from which 67% of registered voters believe they should have the option to mail-in a vote this year.

The process to request ballots and submit votes in time for Election Day varies from state to state. The USPS recently sent out a mailer encouraging those planning to vote to do so at least seven days before Election Day, though there is no fixed deadline for doing so. So far, seventeen states explicitly list that they will count ballots postmarked on or before Election Day, so long as they are received within a specified amount of days thereafter; twenty-six others make no reference to postmarks, requiring only that mailed ballots are received by Election Day, with West Virginia also counting ballots without postmarks if received by the day after Election Day. Postmark rules would ensure that all who want their vote to count would have it counted so long as their ballot is postmarked by Nov. 3, while also preserving their right to vote. Other solutions which force inactive voters to either grapple with COVID-19 exposure by voting in person or navigate complicated ballot request procedures should be avoided, as they may unnecessarily burden a voter’s ability to exercise their right to vote.

Theories resting upon Due Process Clause violations of either the Fifth or Fourteenth Amendments may provide other avenues for litigation. The ACLU successfully argued the case of Martin v. Kemp, 341 F.Supp.3d 1326 (2018) where the court held Georgia violated  procedural due process and that a state that “created an absentee voter regime through which qualified voters can exercise their fundamental right to vote” must provide them “with constitutionally adequate due process protection.” The court subsequently granted Georgian absentee voters with challenged ballots “a reasonable opportunity to cure the deficiency before Election Day, and an opportunity to appeal” a subsequent ballot rejection. A case like Martin lays the groundwork for further legal arguments centering on states discarding ballots without notice. A similar victory has already been achieved this year in a district court.

It is clear that the issue of voter disenfranchisement by mail-in ballot continues to be ripe for litigation: a bevy of voting rights cases is currently working through the court system with claims based upon many theories, including due process. However, the Supreme Court has already repeatedly declined to hear election year cases that sought to remove barriers related to absentee voting.

America must ensure that the integrity of its electoral process is upheld. Despite the issues the USPS has faced before and during the pandemic, this can likely be achieved through the pursuit of temporary injunctions, with arguments for ensuring that equal protection and due process will extend to all voters who choose to exercise their right to vote in the upcoming election. 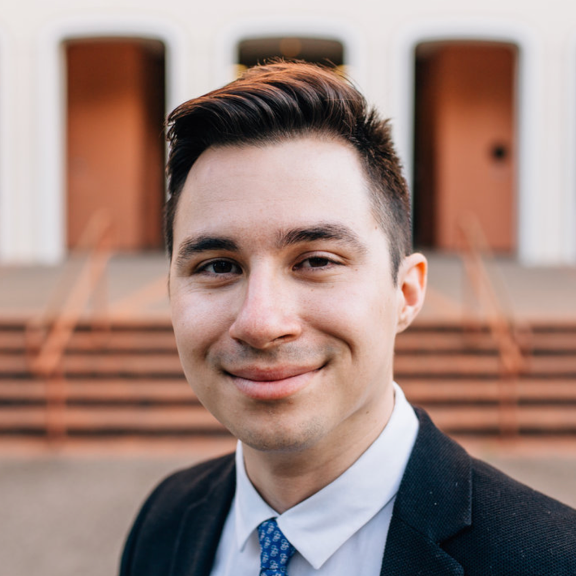 About the Author: Jonathan Gonzalez is a 2L at Cornell Law School. He obtained a Bachelor’s degree from the University of California, Davis in French and Political Science – Public Service and worked previously at Cornell’s Legal Information Institute.