At 5 million positive cases, COVID-19 continues to devastate people across the United States. Due to pre-existing social inequalities, communities of color remain the hardest hit. Among these communities, Native Americans are contracting and dying from the virus at unmatched rates.

Federal, state, and local action to mitigate the spread throughout Indian Country has been slow and fallen short of expectations. For example, when the Seattle Indian Health Board expressed an urgent need for testing and medical supplies, the local King County Public Health Department’s shocking response was to send body bags and toe tags. Horrifying? Yes. Far from sensible? Not if you look at death rates for states with sizable tribal communities. Consider the case of New Mexico. While Native Americans make up 10% of the state’s population, as of May, tribal members make up 50% of local COVID-related deaths. As the country prepares for the November presidential election, all eyes should be on the federal government and the steps, or lack thereof, that the Trump administration has taken to ensure a healthy and safe election season.

Native American voters have long been disenfranchised and excluded from local, state, and federal elections. Despite being the original inhabitants of this land, it was not until the passage of the 1924 Indian Citizenship Act that Native Americans became citizens of the United States. Even then, states argued that Native Americans did not have the right to vote because of their exemption from state taxes and lack of English literacy, among other arguments. The 1965 Voting Rights Act, primarily used to tackle the exclusion of Black voters in the South, opened up new possibilities for tribes and advocates to challenge state barriers in federal courts. For example, much like in the South, western states denied Native American voters the right to vote through literacy tests and issues of citizenship. Tribes and allies challenged these limitations under VRA claims in Harrison v. Leven and Oregon v. Mitchell.

Five hundred years after the arrival of the Europeans, the political war against Native Americans takes a different form. Plots to deprive Natives of their land base and natural resources are carried out through voting ID requirements, reduced polling sites on tribal reservations, increased polling site distances, and ballot collection prohibitions. Because these hurdles are coupled with social inequalities such as poverty and unequal access to healthcare and home ownership, it is hardly surprising that Native Americans must continue to fight for their right to vote.

Just as oppressors have moved the battle to the legislative arena, tribes and allies have taken to the courts to address both the historical and contemporary voter disenfranchisement tactics. Organizations like the Native American Rights Fund (NARF) and the American Civil Liberties Union (ACLU) have successfully litigated against some of these barriers. In 2013, North Dakota implemented a controversial voter ID law targeted against Native American voters. The law required North Dakota voters to show identification that lists a street address at the poll. Due to the state’s failed address system, many Native Americans living on reservations do not have street addresses and rely on P.O. boxes that do not meet the law’s restrictive requirements. Through litigation on behalf of the Spirit Lake and Standing Rock Sioux tribes, a state-tribal agreement was reached: moving forward, the state would accept tribal member identification cards as a form of state voter identification.

States typically foot the bill for elections, often passing some of these costs onto counties. This year, states will not have the funds necessary to run a standard presidential election because of the pandemic. States’ fiscal balances have deteriorated both from the revenue and expenditure sides. Not only have unemployment rates surpassed those seen during the Great Recession, but revenue-generating industries like tourism, food services, and retail have suffered dramatically. The states’ lack of ability to fund primary elections earlier this year indicates that federal action will be required in November. For example, Arizona’s presidential primary election cost the Coconino County a total of $7.4 million, almost 60% of which was funded by the state. Declining to pass the remaining $3 million onto taxpayers, the county was forced to cut expenditure in other categories.  At the state level, the legislature estimated a $700 million shortfall for Arizona. Furthermore, the state’s already-struggling economy is expected to experience a greater contraction due to the recent increase in COVID-19 cases. Arizona is not alone. States across the nation experience these economic woes and uncertainty, which underscores the need for federal intervention.

Earlier this year, Congress enacted the Coronavirus Aid, Relief, and Economic Security (CARES) Act which set aside a total of $400 million for states to use as emergency funding for elections. This amount is a far cry from the estimated $2 billion required. This estimation takes into account the necessary measures for a safe presidential election, including expanded early voting dates, additional polling locations, increased ballot printing and postage, and necessary costs for sanitary in-person voting operations. However, these figures do not account for the measures required to mitigate Native American voter suppression or the severe impact of COVID-19 on tribal communities.

In addition to necessary measures outlined by the Brennan Center, even more steps should be taken in Indian Country such as doubling the amount of polling locations on reservations or within tribal communities, hiring ballot collection officials assigned to round up mail-in ballots, and supplying additional ballot drop boxes. To achieve a safe, equitable, and successful presidential election, the federal government must rise to the occasion by providing significant election funding.

Without federal support, the pandemic threatens to heighten Native American voter suppression. In an election that is critical for the preservation of core American values, the Native American vote should not be underestimated.  With over 4.8 million eligible voters, tribal communities represent a non-negligible share of the potential popular vote. More importantly, a high concentration of that eligible Native vote exists in swing states such as Arizona, Colorado, Michigan, Minnesota, Nevada, North Carolina, and Wisconsin. Although the election is fast approaching, there is time to take the additional necessary steps to mobilize Native American voters and maintain the health and safety of tribal communities.

The author acknowledges that Cornell Law School’s Journal of Law & Public Policy operates on the sovereign land of the Cayuga Nation, members of the Haudenosaunee Confederacy. The author wishes to extend her respect to its people and elders. 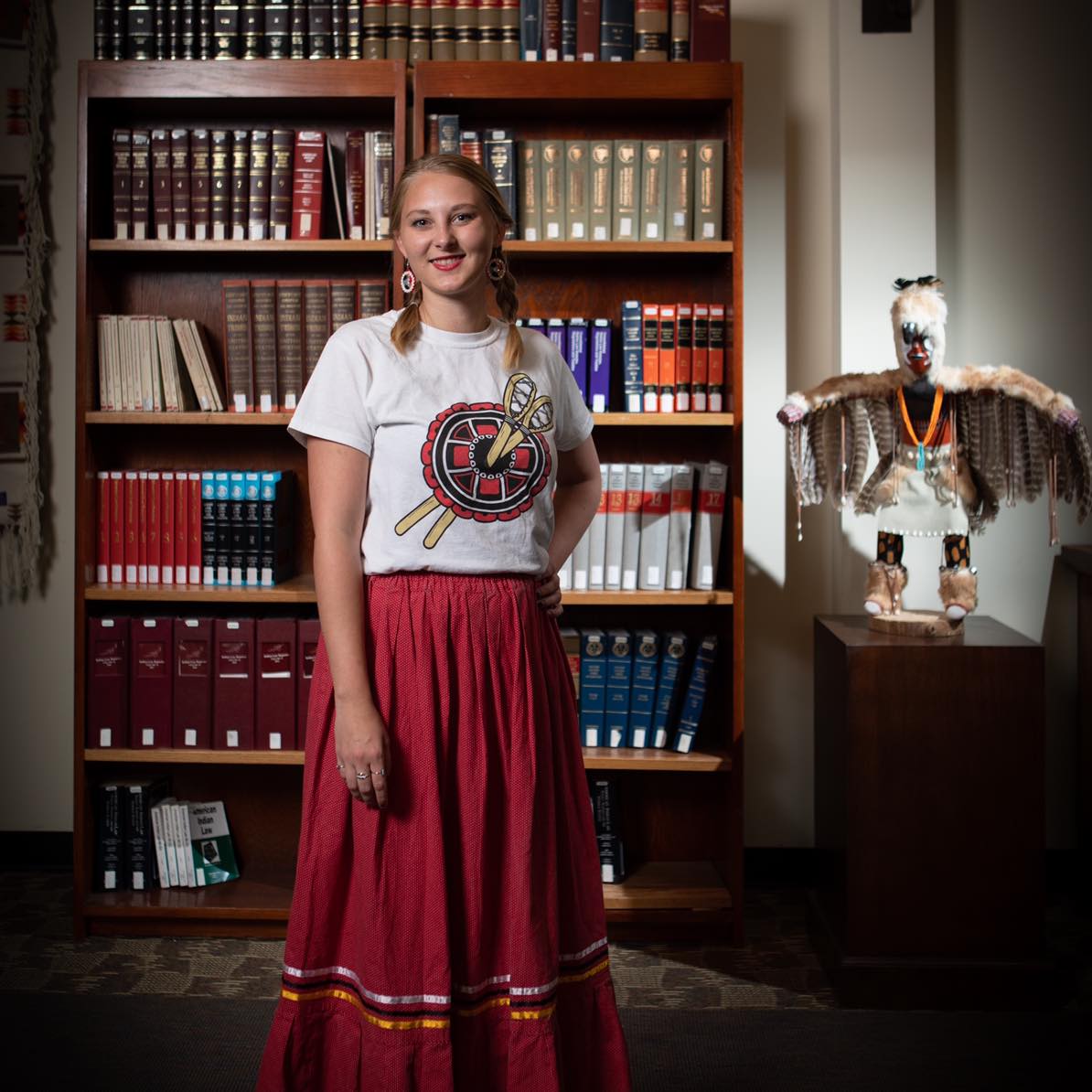 About the Author: Emily Harwell is a Mvskoke (Creek) tribal member and rising 2L at Cornell Law School. Emily is the President of Cornell’s Native American Law Student Association. This summer, she clerked at the Native American Rights Fund (NARF) where she worked on Native American voting rights litigation. Emily is interested in research topics related to the intersection of Federal Indian Law and Civil Procedure.