The latest Department of Defense (DoD) Annual Report on Sexual Assault in the Military reports an increase in instances of sexual assault in the U.S. military (military). While rates of sexual assault increase, rates of conviction and punishment remain unchanged. The current military justice system allows for the accused’s unit supervisor (hereinafter “Commander”) to play a significant role in how sexual assault cases are resolved. While Pentagon officials promise to take more aggressive action in addressing sexual assault, it is often questioned whether the military is “equipped to police and reform itself.”

Our military justice system continues to provide commanders with the authority to make initial disposition determinations of unrestricted reports. This includes deciding whether to refer a case for prosecution, or, for some types of sexual assault, to impose non-judicial or administrative punishment. When commanders refer cases to the military justice system, they become the convening authority with responsibility for key decisions, such as appointing jury members, adding or dismissing charges, and approving or rejecting plea deals. With limited exception, military judges are not involved in the judicial process until after referral of charges. Commanders retain responsibility for decisions which may, not must, be reviewed by a military judge once the case has been referred to a court-martial.

Of the cases handled through the unrestricted system, disciplinary action was taken in 65% of them. However, “disciplinary action” is a broad category and includes minor punishments, such as a verbal reprimand. Commanders are not attorneys and generally have no substantial legal training in handling sexual assault cases. It is also questionable whether a commander can be impartial in handling these matters. In some cases, the commander may have a close working or personal relationship with the accused. The commander may also supervise both the accused and the survivor. Additionally, commanders have multiple prerogatives: culture and reputation of their units, carrying out justice, and advancement of their own careers.

Although legislative changes have removed a commander’s authority to reverse convictions for sexual assault, commanders still retain authority to modify sentences in certain circumstances. Further, although survivors can provide their preference regarding whether the offense is prosecuted by a military or civilian court, this preference is not binding on a commander in making a jurisdictional decision. Oftentimes, survivors are not even aware of their rights in regard to their claims.

After an independent study concluded that removing proceedings from the chain of command was not necessary to improve the situation of survivors, the DoD established victim-representation programs for survivors. While the DoD recently introduced the Catch A Serial Offender Program, allowing service members making restricted reports to confidentially provide information, this program’s success appears to be linked to the successful leadership within each command.

Finding a positive correlation between unhealthy workplace climate and the risk of sexual assault, the DoD reported that commanders must consider the climate of their unit partnered with the tools necessary to address concerns. However, this could be problematic in instances where the accused’s unit, which is supervised by the commander, is unsupportive or hostile. The DoD noted that “[t]he odds of sexual assault were also higher for members indicating their command took less responsibility for preventing sexual assault, encouraging reporting, or creating a climate based on mutual respect.” Nonetheless, commanders who create hostile environments tolerant of sexual harassment still retain the authority to make important decisions in cases of reported sexual assault. The process also lacks accountability as there is currently no way to track their performance. The lack of transparency appears to exacerbate the problem and further restrict access to impartial justice.

Aside from the absence of impartiality within the military justice system, there is no proper channel for service members to seek remedies against the military for its failure to adequately prevent and address the sexual violence they experienced. Survivors are barred by judicial doctrine from bringing civil rights or personal injury claims against the military or military officials in civilian deferral courts.

Acting Secretary of Defense, Patrick Shanahan, released a memorandum addressing sexual assault in the military, calling it “unacceptable.” In his memorandum, Shanahan referenced implementing recommendations by the DoD Sexual Assault Accountability and Investigation Task Force (SAAITF Report). The April 2019 SAAITF Report addressed expansion of judicial authorities, stating, “[l]egal proceedings would benefit from pre-referral review by a Military Judge or Magistrate” and that “[e]arly judicial involvement would be beneficial for matters including, but not limited to: pretrial confinement hearings, inquiries into the accused’s mental capacity or responsibility, and requests for Individual Military Counsel, or issuance of protection orders.” The SAAITF Report also recommended reforms for commanders, including trainings and reporting requirements to make them more accountable to survivors. Notably, the SAAITF Report keeps commanders central in the processing of sexual assault cases.

Every year since 2013, Senator Kristen Gillibrand (D-N.Y.) has introduced her bill to tackle military sexual assault—dubbed the Military Justice Improvement Act as an amendment to the National Defense Authorization Act (NDAA). The bill would give independent military prosecutors the authority to decide whether or not to prosecute a sexual assault case, therefore taking away the authority from military commanders. Recently, Gillibrand stated, “[t]he Pentagon, by its own admission, is out of time – and should now be out of excuses. For years, survivor after survivor has told us the change we need to make in the military justice system to end the scourge of sexual assault in our military – the same change that some of our allies all around the world have already made: move the decision to try these crimes outside of the chain of command to trained military prosecutors. The [DoD] has tried incremental reforms, but they clearly haven’t worked.”

Sexual assault survivors have to work their way through a maze of military bureaucracy in order to seek justice. The irony is that the quickest way through the maze is adhering to the chain of command, but history and climate show that is also the least certain way to obtain justice. As the current military justice system fails to provide adequate redress for survivors of sexual assault, the only solution is to implement a process that ensures greater certainty that the entity administering justice is independent of the relevant aspects of military climate.

*For purposes of this article, the word “climate” refers to workplace climate within a military unit. 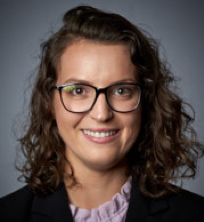 Logan Kenney is a second-year student at Cornell Law School. After graduating from Nassau Community College in 2013 and Cornell University in 2015, Logan worked as a paralegal (at the Manhattan District Attorney’s Office and Del Mar College) and volunteered with the Navy-Marine Corps Relief Society. Her writing interests include psychology and the law, government, and veterans affairs.