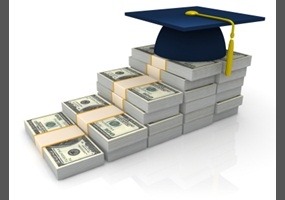 Tuition is rising at an extraordinary rate. Over the past 20 years, the average tuition and fees have increased by 144% at private universities, and by over 170% at public universities. Over the same period, inflation has only increased by 54%. This phenomenon is not happening due to a single factor. While many theories try to explain how this phenomenon arose, I will explore some of the predominant ones, and then discuss some ways we can try to solve the issue of rising tuitions.

The first theory stems from the Bennett Hypothesis. The idea is that the more money students can borrow, the more colleges are able to charge. Currently, the government can give students federal loans up to the cost of attendance.  Since students can borrow up to whatever the cost of attendance is, there is much less demand elasticity due to the price. Thus, universities are free to raise tuition prices with much less concern with their student’s ability to pay for tuition. This theory is reinforced by a study by the National Bureau of Economic Research, which stated that federal student aid accounts for most of the college tuition increases between 1987 and 2010.

The second theory is based on public funding cuts. Since the 2008 recession, public funding for higher education has been cut dramatically, and tuition has risen across the board to offset that loss. Between 2008 to 2018, states on average spent $1,220 less per student. One study suggests that for every $1,000 per student state budget cut, the average student pays $318 more in tuition and fees. If we apply the numbers from the study to the budget cuts, it appears that students are on average only paying about $380 more per year due to public funding cuts. However, the impact on students is different depending on the state. For example, between 2008 and 2018, Alabama and Louisiana have decreased public spending per student by nearly $4,500, which means students going to schools in those states pay nearly $1,500 more due to state budget cuts in higher education.

The third theory is based on the idea that in order to attract the best students, universities are spending significantly on amenities and staff. As Senator Elizabeth Warren said in 2015, “colleges have doubled down in a competition for students that involves fancy dorms, high-end student centers, climbing walls and lazy rivers — paying for those amenities with still higher tuition and fees.” Still, services such as housing, meals, health care, and transportation only account for about $3,300 of the average students costs (compared to the $30,000 spent by each student on tuition annually). The bulk of the average student’s costs go to paying faculty and staff ($23,000). This may be tied to school rankings. Global ranking sites for universities tend to weigh factors like faculty research and lower ratio of students to teachers favorably. Therefore, to compete for a higher rank, schools pay for more professors, compete to pay for the best researchers, and pay for more support staff for these professors and researchers.

If we look the ranking guidelines for US news, which is famous for its rankings of universities (and law schools) and is relied upon by many potential students, we can see that 7% of the ranking goes into faculty compensation (higher compensation = higher score) and 10% of the ranking goes to financial resources per student (essentially, more money spent per student = higher score). Also noteworthy is 3% goes into whether the school has the best faculty possible (doctorate or highest degree possible in their field) and 1% goes to student-faculty ratio. Based on these factors, schools are incentivized to 1) pay more for faculty overall, 2) spend more money per student, 3) hire more experienced professors, and 4) hire more faculty. All of these factors incentivize schools to increase their spending, which leads to schools increasing tuition to offset these costs.

One last point, which ties into the theories above, is that students are not graduating in four years. No matter what kind of university you attend, on average, no more than 70 percent of students will graduate in six years.

What we can do

First, we can potentially restrict access to federal student loans. If we take the Bennett Hypothesis as true, more student loans lead to higher tuition costs. So, if we lower the amount of student loans available to students, we can incentivize lower tuition costs. This is compounded by the fact that no matter what kind of university you attend, on average, no more than 70 percent of students will graduate in six years.  College graduation rates have been declining over the decades. The six-year graduation rate was 62 percent at public institutions, 68 percent at private nonprofit institutions, and 26 percent at private for-profit institutions. Since students are requiring more time to graduate, schools have higher student populations than they would have had in the past. If a student graduates in six-years rather than four-years, the university has the student for two additional years. Therefore, universities are having to support larger student populations. Furthermore, they have access to students with large borrowing capacities (through federal student loans) for longer periods, further helping them increase tuition rates.

In order to lower the amount of student loans available, and to incentivize students graduating college in four-years, one proposal would be to tie federal student loans to academic performance. For example, if students do not perform well enough academically in their first year of college to be on track to graduate in 4 years (barring an exception), they should be given a warning. If a student’s grades do not improve by the second year, they would not be eligible to borrow whatever the cost of attendance is at a four-year university. Rather, they would only be eligible for a cheaper option- perhaps community college or a trade school- so that they can get back on track or figure out other options before going back to a four-year university.

Additionally, I would incentivize attending community colleges before attending a four-year university. The average cost of community college is roughly $3,700 per year. The average cost of private college is about $38,000 annually, public-out-of-state is $22,500 annually, and public-in-state is $10,000 annually. If we reduce the amount of students attending four year universities, those universities would have less access to student loans, and would also spend less on faculty and amenities. Furthermore, I suggest removing federal student loans altogether for for-profit schools. These schools have very low graduation rates and very high costs, and often have very low employment outcomes. Rather, I would incentivize those that are seeking federal loans for these schools to attend community college instead, and then transfer to a four-year university afterwards.

Second, increased public funding for higher education will reduce the amount students need to pay. While there has been consistent increases in recent years, state and local funding still has not fully recovered from the cuts due to the great recession. The Covid pandemic has also put a strain on this funding. Still, after the covid pandemic is resolved, public funding will likely start to increase again based on the pattern before the pandemic. If states can bring back the funding to the levels it was since before the great recession, students may see noticeable reductions in what they pay for school, especially in states like Alabama and Louisiana which have lowered public spending per student by $4,500.

Lastly, we can increase information transparency for students in order to lower university spending on faculty and amenities. More information transparency about the individual schools would help students decide on the important things, such as learning outcomes, experiential learning experiences, and job opportunities, rather than things like newer dining halls or recreational facilities. Still, it is unlikely that individual schools would want to be so transparent and freely share this information with competitors. Therefore, we would need a law or regulation requiring an annual report on different metrics by each university would give students more info when selecting a school. Furthermore, we would need to use different metrics than the ones used by sites like US News, since, as mentioned above, the current metrics incentivizes schools to spend more in order to get a higher ranking, but this leads to higher tuition costs to offset that spending.

Spencer Li is a 2L at Cornell Law School. He grew up in Queens, NY and has a business administration degree from University at Buffalo. He worked in retail banking prior to law school and plans on pursuing corporate law in NYC after graduation.

Suggested Citation: Spencer Li, Why is tuition rising and what can we do about it?, Cornell J.L. & Pub. Pol’y, The Issue Spotter, (April 26, 2022), http://jlpp.org/blogzine/can-the-president-cancel-student-debt/.