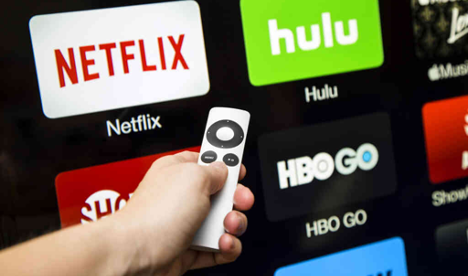 Last year more Americans subscribed to streaming services (69%) than traditional cable or satellite TV (65%). These internet-based television services, such as Netflix, Hulu, and Amazon Prime, are referred to as over the top (OTT) services. OTT services are film and TV content streamed over an internet connection, in contrast to traditional TV which is provided via a cable or satellite connection.

Streaming services are an increasingly large part of Americans’ lives. 43% of consumers subscribe to both traditional pay-TV and at least one video streaming service. Younger consumers are especially drawn to OTT providers with 88% of those aged 22 to 35 subscribing to streaming services while just 51% subscribe to traditional broadcast TV. This increasing proliferation of streaming television is having a wide-ranging impact. It is significant to content producers, consumers, and even the financial industry.  It also brings about many regulatory questions.

One of the biggest questions is whether or not to define OTT services as multichannel video programming distributors (MVPDs). MVPDs are essentially TV providers who provide multiple channels, such as your classic cable or satellite provider. Some people in the industry have begun referring to OTT providers that provide consumers with not just standard streaming content, but also content from broadcast and cable networks, as virtual MVPDs (vMVPDs). Examples of these services include YouTube TV, AT&T Now, and Hulu with Live TV. Whether or not these so called vMVPDs will be classified as MVPDs by the FCC is an important question, because MVPDs are subject to certain regulations that OTT services are currently excluded from.

Currently, OTT services are not regulated like traditional MVPDs (cable and satellite TV). The most important difference is that streaming services do not have to follow the signal carriage requirements that traditional TV providers must. These regulations are complicated but essentially, traditional TV providers are required to carry certain local stations and public access channels. These requirements ensure that cable consumers retain access to local broadcast programming.

Despite the use of the word vMVPD in the industry, FCC Commissioner Ajit Pai has stated that the FCC should not define OTTs as MVPDs. We could be getting closer to the FCC taking some sort of action on regulating OTTs, though, because in October of 2019 the agency announced that AT&T TV NOW served as effective competition to the cable company Charter in certain franchise areas in Hawaii and Massachusetts. This announcement is important because of the Communication Act’s rate regulation requirements, but it also signals that the FCC is taking OTT TV more seriously as an alternative to broadcast TV. The announcement could be a harbinger of more regulatory action to come.

The United States may have yet to decide on what to do with OTT services from a regulatory perspective, but other countries around the world have already started to discuss how to regulate this new frontier. India’s Ministry of Information and Broadcasting has said that they do not currently regulate streaming services the same way they regulate standard TV. The United Kingdom also regulates OTT TV services less than their traditional counterparts; however, the BBC’s director general has called for them to be regulated the same way traditional broadcasters are. This problem of how to regulate this relatively new and prolific technology is one that the United States and countries around the world must grapple with.

The FCC will have to decide at some point in the near future how OTT services will be regulated, and their decision will have far-reaching consequences. As more consumers switch away from traditional cable and satellite TV to internet-based TV, the FCC’s eventual decision will not just affect OTT providers, but also millions of American consumers. Just this past year 2.9 million people canceled their cable or satellite TV subscriptions, and the number of households who do not pay for traditional TV services is expected to rise in the coming years. 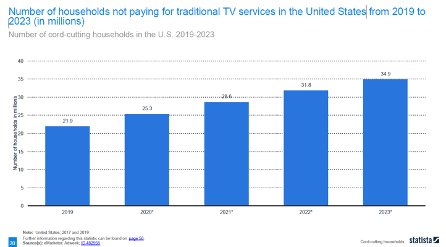 The agency’s decision would also affect local non-commercial broadcast stations such as PBS. Because OTT providers are not currently bound to the same carriage requirements as traditional MVPDs, stations like PBS must negotiate private agreements with these providers. If OTT providers who carried live TV were required to carry local channels who elect must-carry status, like PBS, these non-commercial broadcasters would have an easier time accessing their customers. Regardless of whether or not the FCC chooses to regulate OTT services the same way traditional broadcast TV is regulated, the agency can only avoid making some sort of decision for so long.

About the Author: Hayden Rutledge is a second-year at Cornell Law School. He grew up in Tennessee and has a political science degree from Belmont University. Hayden is a member of Cornell’s First Amendment Clinic and enjoys writing pieces on pressing issues and First Amendment Concerns.