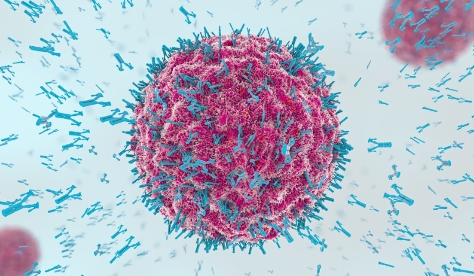 The benefit of biosimilar drugs is clear—biosimilars provide the U.S. market with drastic cost-saving alternatives, with estimates of a reduction in spending on biologic drugs from 2017 to 2026 of $54 billion dollars. Biologics are pharmaceutical drugs designed from or involving biological process/materials such as proteins, DNA, carbohydrates, and triglycerides. They include vaccines such as your common flu shot to drugs taken to boost a patient’s white blood cell count during chemotherapy. To illustrate the direct benefit, Neupogen, a popular biologic drug used to combat low white blood cell count in the blood, currently costs about $1,750 dollars at a CVS pharmacy for a supply lasting 83 days while Zarxio, the biosimilar copy of Neupogen, costs about $1,440 dollars at the same pharmacy for the same amount. But with the introduction of biosimilars to the U.S. market in 2015 with Neupogen, an emphasis has been placed on how the patent law doctrine of equivalents will play into patent infringement litigation. The doctrine of equivalents has the potential of hindering the benefits that biosimilars provide to the drug market and act as a barrier to entry for biosimilars. This piece will discuss the doctrine of equivalents itself, the difficulty with its application to biologics, and the problems associated with biosimilars for jurors.

The doctrine of equivalents is a court-created doctrine that arose from Graver Tank v. Linde, in which the Supreme Court established that “a patentee may invoke th[e] doctrine to proceed against the producer of a device ‘if it performs substantially the same function in substantially the same way to obtain the same result.’” This doctrine allows patent holders to sue for patent infringement when the alleged infringing device or product does not contain “each and every element of the patented invention.” This doctrine has been extended to pharmaceutical patent litigation, and now the realm of litigation over biologics and biosimilars.

Although biosimilars are designed to provide an alternative to an original biologic, the courts are still clarifying the application of dealing with how to apply the convoluted doctrine of equivalents in cases involving a very limited degree of difference between original patented products and their “generic” counterparts. In Ajinomto v. ITC, a case decided this year , the Federal Circuit held that a Korean-based company  infringed on a patent owned by the Biotech company Ajinomoto. The infringer had produced and imported manufactured proteins from engineered bacteria that operated to enhance the ability of a bacteria to produce L-Tryptophan, the key feature and role of the Ajinomoto patented protein. The court held that because of the infringing protein’s 85%-95% shared protein sequence identity, the similar function of the protein, and the means of how the protein operated to carry out the similar function, the protein infringed under the doctrine of equivalents. This case highlights the difficulty with equating equivalency in the doctrine of equivalents to a high percentage of similarity in nucleotide or protein sequences that arises when producing biologics. The court in Ajinomoto did not address the threshold of similarity or percentage at which a product may fall under the doctrine of equivalents.

The courts have for the opportunity for clarification but have continuously decided issues of doctrine of equivalents involving specific biosimilars on reasons unrelated to clarifying the application of doctrine of equivalents. Recently, the Federal Circuit in Amgen Inc. v. Coherus Biosciences Inc. found that Coherus’ alleged infringing process of purifying the protein pegfilgrastim did not infringe on Amgen’s patent under the doctrine of equivalents because Amgen’s patent prosecution history restricted the scope of their approved patent. Just when the Federal Circuit had limited the doctrine of equivalents “only in exceptional cases”  and clarified that the doctrine is “not simply the second prong of every infringement charge, regularly available to extend protection beyond the scope of the claims” earlier this year in Amgen Inc. v. Sandoz Inc.  but later corrected their decision and rescinded the “exceptional cases” restriction.

The degree to which biosimilars fulfill infringement under the doctrine of equivalents isa bit nebulous. There is a difficulty with patent litigation in leaving questions of fact on infringement up to a jury with a potentially limited understanding of the sciences. This problem is magnified when the doctrine of equivalents is introduced in the context of biosimilars. The doctrine of equivalents applied to pharmaceutical biochemistry presents a greater level of complexity in understanding the potential differences between biologics and their respective biosimilars (and small molecule drugs versus generics), as opposed to simpler technology such as the basic composition of adhesive used during welding as in Graver Tank. Decisions may necessitate that the jurors develop some basic understanding of monoclonal antibody proteins such as in UCB, Inc. v. Yeda Research and Development Co. or understanding the impact of lecithin and triglyceride in place of isopropyl myristate in drug composition such as in Intendis GMBH  v. Glenmark Pharmaceuticals Inc. With biosimilar presence steadily increasing in the United States, biosimilar litigation is projected to grow. The courts will need to clarify the thresholds for biosimilars with regards to things such as chemical composition and DNA/protein sequence similarity to ensure that biosimilar companies are getting a fair shake and allowing for cheaper alternatives to important biologics on the market. 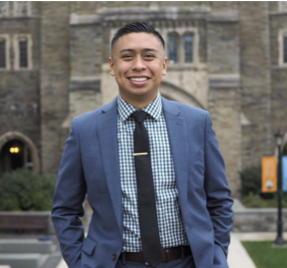 About the Author: Anthony Bautista is a second-year at Cornell Law School. He attended Johns Hopkins University where he earned a degree in Biophysics while conducting research in computational chemistry. Anthony serves as President for the Latino American Law Student Association. He also enjoys watching his hometown Los Angeles Lakers.