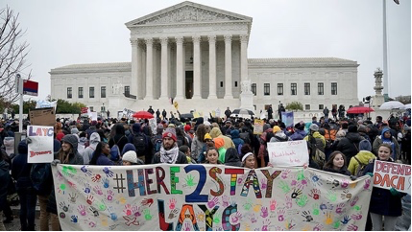 Justice Ruth Bader Ginsburg, a liberal icon, died on September 18, 2020, and the Supreme Court holds the national spotlight as Trump and the Senate prepare to appoint conservative Amy Coney Barrett to the Court. The public reacted immediately and intensely to Republicans’ decision to push a nominee through the Senate weeks before the election. Some lambasted Trump’s decision as “cynical and insulting to the millions of women who view the late Supreme Court justice as a feminist icon,” while some praised the decision as a “powerful, positive statement.” Much of this rhetoric around the current nomination process reveals, and exacerbates, intense partisan conflict. So, how did we arrive at such a polarized and politicized nomination process for the Supreme Court?

Perhaps the Supreme Court never was the independent and high-minded institution we have imagined it was in the past. Rachel Shelden, a history professor at Penn State, points out that “[n]ineteeth-century Americans. . . understood that the Supreme Court would be [partisan],” and that “partisan fidelity — not legal ability — was the primary consideration in presidents’ Supreme Court appointments.” For instance, when John Adams lost to Thomas Jefferson in the 1800 presidential election, he politicized the court to a level almost unimaginable by today’s standards. Weeks before his administration ended, he reduced the number of Justices to prevent Jefferson from appointing a replacement and established six new circuit courts with sixteen judges to fill them. While potentially comforting to know that our current turmoil with the Court is hardly unprecedented, it still does not fix the fact that folks are fired up about the high court.

Also, society in general has become more politically polarized. Research suggests that our social media “echo chambers” contribute to this greater politicization by preventing individuals from being exposed to content that conflicts with their pre-existing beliefs. Furthermore, polarized voters lead to polarized legislatures, and Congress’s abdication of its duty to vigorously legislate likely impacts the court’s proliferation in politicization. David French, a political commentator, explains Congress’s lackluster performance in the past decade as a function of increasingly polarized voters wanting a “warrior in the halls of Congress,” which in turn transforms our cherished public officials into pundits more focused on “destroying opponents on cable news than on engaging in the messy business of coalition building and compromise.” The result? The American people “concentrated their efforts on the seats of real power in the U.S., the federal courthouses” and “turned to litigation over legislation.” This means that the federal judiciary is often thrust into political disputes and forced to take a policymaking role. For example, in 2012, in National Federation of Independent Business v. Sebelius, litigants brought the battle over the Affordable Care Act to the Supreme Court. The Court uncomfortably upheld the Act’s individual mandate based on Congress’s taxation power. It is also noteworthy that Amy Coney Barrett’s potentially decisive vote on an upcoming case on the individual mandate features strongly in the public response to her nomination.

So, even if our judiciary is not necessarily full of the barroom politicians that marked the nineteenth century judiciary, our Supreme Court is nonetheless a politicized institution. Is that necessarily a bad thing though? The words “politicized Supreme Court” certainly have a bad taste rolling off the tongue, but there may be reasons to support more political accountability on the Court. Structurally, the Constitution does not expressly outlaw a degree of politicization. Article II, Section 2 gives the President, a political office, the power to nominate Justices with the concurrence of the Senate, a political body. The Constitution arguably enables a politicized Court by leaving the appointment of Justices up to the President and Senate. Also, the Supreme Court has taken on an increasingly important role in individuals’ lives through incorporation and adjudications on important policy decisions. Is it really so bad to give voters more say on the Justices that rule on these important issues, and to view them as the political actors that they arguably really are? Perhaps politicization is just democratization of the Court.

Prior points notwithstanding, the dangers of a more politicized Supreme Court outweigh any competing rationale. Structurally, the Constitution is meant to insulate the Supreme Court from direct political pressure. The nomination process is only political insofar as constituents elect the President and Senators; that is, voters generally have no direct influence on Supreme Court nominations. Article III, Section I also effectively provides lifelong tenure for federal judges, which further shields the judiciary from politics.

Judicial independence is vital to our system of checks and balances and impartial adjudication of the law. The Federalist No. 78 emphasizes that “[t]he complete independence of the courts of justice is peculiarly essential in a limited Constitution.” Particularly, if we are to enjoy a system of limited government under the Constitution, there must be an independent judiciary to constrain the other two branches from overstepping their limits of power. This independence also enhances the protection of individual liberties. Eric Hamilton, writing in Stanford Law Review Online, points out that “[i]f the Court loses authority to check political power and make unpopular decisions, it cannot enforce the Constitution with the same effectiveness. Without enforcement of the Constitution, Congress is free to invade constitutional rights and exceed its lawful powers.”

This abstract discourse of separation of powers and invasion of constitution rights becomes real when you consider the litigation that challenged Jim Crow laws in the first half of the twentieth century. The most salient example of this is Brown v. Board of Education, in which the Supreme Court struck down state-imposed racial segregation of education as a violation of the Equal Protection Clause. Particularly noteworthy is the countermajoritarian nature of this decision. The Court refused to bow before the fact that these segregationist laws were enacted by the state legislatures through a democratic process (albeit a skewed one). Instead, the independent nature of the judiciary allowed them to consider the Equal Protection Clause detached from popular passions and to issue a ruling extending a level of liberty previously unknown to Black Americans suffering under the weight of Jim Crow laws.

So, assuming that our Supreme Court is politicized, and assuming that is overall a bad thing, what is there to do about it? Perhaps the solution is not to structurally reform the court but to assess whether our “echo chambers” skew our views. Maybe we need to correct our own overly politicized perception of the Court. Perhaps instead of automatically opposing a nominee of a President of the opposing party, we take judges, like Amy Coney Barrett, at their word that they will “faithfully and impartially discharge [their] duties under the United States Constitution.” After all, Chief Justice Roberts and Justice Kennedy were both nominated by Republican Presidents but have frequently sided with the liberal wing when they found that the legal analysis warranted it. This suggestion, however, may lead to a dampening of any legitimate criticisms that commentators may have about a nominee’s jurisprudence. Furthermore, this nebulous suggestion would be incredibly difficult to implement. We might as well try to pass a bill through Congress than get people to change their mind about politics.

Well, in fact, many do suggest that Congress should reform the federal judiciary. It should be remembered that Article III, Section 1 grants Congress incredible power to shape the judiciary. David French has suggested a relatively modest start would be to end the practice of nationwide injunctions. Under this practice, a single federal judge in one district (out of ninety-four districts nationwide) may enjoin an action of the federal government across the entire country. Thus, a single partisan district judge may enjoin an entire federal program. Curbing this practice would disable particularly partisan district judges from imposing their politics on nationwide federal programs. This, in turn, may dampen partisan excitement over the federal judiciary in general.

More fundamentally, David Epps and Ganesh Sitaraman recently argued in Yale Law Journal for two potential plans to save the Court’s legitimacy: the Supreme Court Lottery and the Balanced Bench. Under the Supreme Court Lottery solution, every federal appellate judge would be an Associate Justice of the Supreme Court and the Supreme Court would hear cases as a panel of nine, randomly selected from all the Justices. Also, no panel could have more than five Justices nominated by a President of a single political party. The rationale behind the Lottery recommendation is that this system would depoliticize judicial appointments, since they are more numerous and less consequential (there are currently 179 federal appellate judges). Under the Balanced Bench solution, the Supreme Court would have ten Justices, five from each major political party. Those ten Justices, however, would need to select five additional justices from the federal court of appeals and must agree on the selections unanimously. This approach would, theoretically, balance out the ideological leanings of the court, leading to more impartial adjudications.

While a radical reformation of the Supreme Court’s structure is unlikely to happen (nine justices have served on the Supreme Court since 1869), notions of changing its structure are gaining traction. In the first presidential debate, Joe Biden refused to take a hard stance on Supreme Court expansion plans. Thus, it is at least worthwhile to consider the politicization surrounding the Court and how any potential change may, or should, look.

About the Author: Blaine Fix is second-year law student at Cornell Law School who enjoys studying the functions and issues surrounding federal courts. This past summer, he worked under the Hon. David Hurd for the Northern District of New York, which sparked his interest in the federal judiciary.

Suggested Citation: Blaine Fix, Setting the Course for the Supreme Court: What to do about the Court’s Politization, Cornell J.L. & Pub. Pol’y: The Issue Spotter (October 19, 2020), http://jlpp.org/blogzine/setting-the-course-for-the-supreme-court-what-to-do-about-the-courts-politicization/.