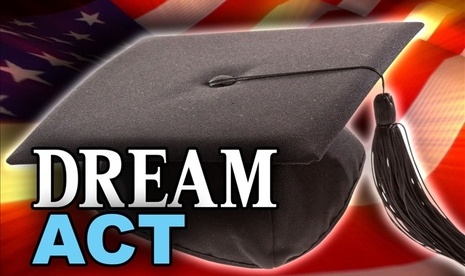 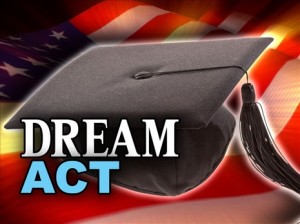 Laws shape our existence in profound ways. As social guidelines, created to make sense of a world in the pursuit of justice, laws cast a wide and often hidden influence. As a prospective law school student and future attorney, I aim to analyze laws in a critical, detached manner. However, as someone who has experienced the detrimental consequences of the United States immigration laws, I am forced to see certain laws personally and emotionally.

I was “illegally” brought to the United States from Mexico by my parents at an early age– four months old to be exact. I stress this because at that age, consciousness has barely begun its development, and decisions are made without the ability to understand its consequences. Punishing children who are bought to the country under these conditions gives new meaning to the phrase: ignorantia juris non excusat (ignorance of the law does not excuse).

Growing up, I absorbed my surroundings, and I truly believed I was American. Of course, back then I was naïve and ignorant of the reality of my situation. As an undocumented child, I was never made aware that I was legally different. A celebrated court case, Plyer v. Doe, temporarily became my shelter.

This 1982 Supreme Court case held that everyone, regardless of legal status, was entitled to a public education. Unfortunately, the application of Plyer limited its protection to K-12 public institutions. One can say that, in a way, I was lucky to have had the truth hidden from me for at least part of my existence.

On top of this blissful ignorance, was the fact that my parents probably believed that my legal status would change rapidly. In 2003, when I was 16 years old, my parents were placed in deportation. Luckily, however, they applied for a relief known as Cancellation of Removal, which allows, inter alia, an undocumented immigrant to remain in the country if certain requirements are met; and my parents managed to receive their permanent residency. Then when my parents and my younger brother, who was born in the US and thus a citizen, were all legal, I was left in limbo. My parents immediately filed a petition for me, but, due to the endless backlog of immigration petitions, my visa would not become available for some time. Inevitably, the bubble of ignorance had to burst.

I applied to various colleges during my senior year of high school. One day, a rejection letter for my federal financial aid application arrived, and as I read it I instantly felt a rush of pain flow through my body. I asked my mom why I did not qualify, and she cried as she explained that it was because of my illegal status. Only then did I understand for the first time that I was actually imprisoned. After 17 years (minus four months) of living in this country, I was confronting a different reality, borne from certain provisions of US immigration law.

I did the best that I could and kept learning and working. My passion for the law grew as I endeavored to determine its purpose, its origins, and its evolution. As comfort, I tried to convince myself that laws are never static. I reflected on the horrendous days of slavery and racial segregation, hoping that one day we’ll look back on our current immigration policy as a similar system of inherent and undeniable injustice.

In the meantime, I endured the impact that these laws created on my identity and bore the unseen emotional bruises they left behind. Finding out that I was “illegal” created a sense of defeat. I was no longer a whole person; I was incomplete and unwanted. This sense extended to all aspects of my life. In college and even in my social life, I doubted my abilities.

In my third year of college I learned about the DREAM Act, a proposed bill first introduced in 2001 which would create a path to legalization for immigrant young adults. Essentially, bridging the gap from where Plyer left off, the DREAM Act proposes to legalize immigrants who were brought to this country prior to the age of 16, have a good moral character, and would pursue higher education or the military.

Since its introduction in 2001, the DREAM Act has failed to pass Congress several times. In December of 2010, the most recent introduction, it passed the House of Representatives but failed to gain cloture in the Senate by 8 votes. As a result, I took it upon myself to learn everything I could about immigration law, to help not only myself but everyone else trapped in my situation. Hopefully, change can come for all of us.

Several individuals believed in me and took me under their wings. In 2010, Katharine Gin encouraged me to channel my passions into managing the immigration legal services at Educators for Fair Consideration (E4FC), while Leticia Saucedo, an immigration law professor at the UC Davis Law School, offered me enrollment in her immigration law course. After hours of research and invaluable help from various immigration experts, I came up with an innovative argument. I argued for a different interpretation of the Child Status Protection Act (CSPA) provision which would keep my immigration preference category as a child (under 21) of a Lawful Permanent Resident rather than the son (over 21) of a US Citizen (my parents had naturalized). The latter category would have forced me to wait for about another thirteen years. Christine Brigagliano, an attorney at Van Der HoutBrigagliano and Nightingale LLP, graciously took my case.

Recently, I received another letter from the federal government. It read “Welcome to the United States,” and I wondered if they knew that I had been here for 23 years. I received my permanent residency. That instant, I couldn’t help but think about my friends, and about those with whom I have been fighting side-by-side for the betterment of all of our futures. One thing was certain: twenty-plus years of being labeled undocumented were not going to disappear with this piece of paper.

Today, I find myself in an ambiguous state. I wrote my story for those who believe that one’s success is enough to suffice for the injustice that these laws have created. I wrote it for my friends, to whom I have not had the courage to “come out” as documented to because I fear that they will see me differently. I wrote it in the hopes that everyone will understand that these laws have engrained something that no paper can ever get rid of; that my battle is not only against the unfairness in the law but the deep and lasting wounds they inflict on all of our identities.