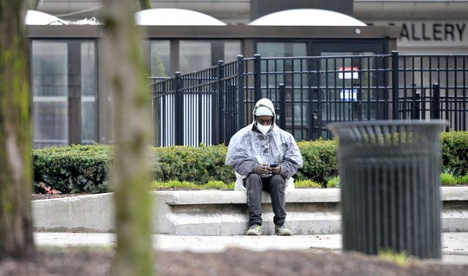 Reparations are a form of compensatory justice that governments have instituted when aiming to make amends for prior wrongs. Historically, in order for a group to receive reparations from the government, an affected party must show harm, must prove that the government is the cause of that harm, and must show that the recipient is a direct victim or one’s descendent. Reparations can be symbolic in nature, representing the depths of regret that the nation has for its role in the institutionalized oppression of a people.

Paying reparations for historical wrongs is not a novel concept. The United States granted reparations in 1988 for the harm inflicted on Japanese Americans from wrongful internment during World War II and to former owners of enslaved persons after emancipation. Additionally, West Germany paid reparations in 1952 to make amends for the Holocaust. Interestingly, these reparations were not paid with widespread public support—most Germans did not believe that the nation owed Jewish people any redress.

In the United States, the most abhorrent act the nation inflicted on its people was the institution of slavery. Subsequent to this historical atrocity, the government continued to discriminate against Black people. For instance, immediately after those enslaved were freed with the promise of forty acres and a mule, the Confederate-sympathizing president successfully blocked this restitution to the freed. Meanwhile, white supremacists attempted to reincarnate slavery with vagrancy laws in the South. Over the course of the following 155 years, Black people continued to be systemically, institutionally, and socially oppressed though de jure and de facto discriminatory laws and practices. De jure discrimination is as a matter of law and de facto, as a matter of practice. Resultantly, segregation and Black disenfranchisement are still prominent in society today.

The payment of reparations has reemerged as a topic of national discussion in light of the Black Lives Matter movement. This movement is running parallel to the COVID-19 outbreak, which has disproportionately affected Black communities. In Detroit, which is 78.6 percent Black, the COVID-19 death rate is higher than the Michigan average. Vox reported in April that more than 80 percent of the state’s coronavirus cases were in metro Detroit, making it the state’s epicenter. These marked disparities in COVID-19 death rates could have been curbed had reparations been instituted in the past. Because they were not and because so much harm was done, reparations are in order today.

The problems in Detroit are rooted in slavery. After slavery, legislators attempted to redress the inequities of slavery through homesteading.  However, this was largely unsuccessful. Throughout the nation, homesteading gave 1.6 million white families each 160 acres of public land practically for free, and under 6,000 Black families the same. Reparations would have been a fitting remedy at the time to advance the ideal of justice by paying money damages to those who suffered from the horrors of slavery, but the government failed to institute it.

After slavery, Detroit experienced an influx of Black people who migrated from the South to escape Jim Crow’s institutionalization of white supremacy. However, housing discrimination still segregated neighborhoods up North; redlining left Black neighborhoods devoid of funding for community resources such as schooling; and employment discrimination limited Black income and wealth accumulation. The Civil Rights Act of 1965 (“the Civil Rights Act”) was enacted to end these racist practices. However, little was done to reverse the harm of housing discrimination. Today, over half a century after President Lyndon B. Johnson passed the Fair Housing Act of 1968, there is still a Black Detroit and a white Detroit within the predominantly Black city.

Black communities in Detroit were the government’s creation. At the time the Civil Rights Act was passed, the government could have openly acknowledged and apologized for its history of racially discriminatory laws that segregated the nation and then paid reparations. Both community and individual reparations would have been justifiable. The community reparations could have been used for better public schooling, professional training, recreational facilities, and funding new businesses, thus increasing socioeconomic mobility of the residents. The individual reparations could have been used to give people the financial means to move out of low-income Black communities and to build the family wealth of which they were deprived due to redlining.

After the Civil Rights Act, Republicans sang the tune that Black people had no more legal barriers and were free to ascend to the top of the social ladder, but they conveniently left out that there could be laws in place that would disparately impact Black people. For instance, in San Antonio Independent School District v. Rodriguez, the Supreme Court held that school funding could be decided by localities, which left schools in Black low-income communities severely underfunded.

Environmental injustice has allowed for landfills, wastelands, oil fields, and pipelines to be strategically placed in Black and Indigenous communities. This has contributed to the pollution of their soil, water, and air. It is the reason why 48217, or Boynton, Detroit, a city comprised of mostly Black people, is the most polluted zip code in America. Boynton sits adjacent to the Marathon oil refinery, which has grown into “a 250-acre tank farm that emits so much air pollution [it has] received fifteen violation notices from the Michigan Department of Environment, Great Lakes and Energy since 2013 for surpassing state and federal regulations emission limits.” While Boynton is the worst case within Detroit, environmental issues are rampant throughout the entire city.

Research has shown that “long-term effects associated with air pollution are chronic asthma, pulmonary insufficiency, cardiovascular diseases, and cardiovascular mortality.”  These underlying health conditions have been tied directly to an increased chance of mortality from COVID-19. Additionally, a study by Harvard University shows that people with long-term exposure to PM2.5 (fine particulate air pollution) have a higher likelihood of dying if they contract COVID-19 than non-exposed individuals.

The government has done very little to correct instances of environmental injustice throughout the United States. In 2018, the US Environmental Protection Agency (EPA) rejected a civil rights case brought by residents of a predominantly Black town in Alabama who had suffered from physical and mental health issues due to their proximity to a landfill. This decision reinforces oppressive structures erected by both public and private entities. Furthermore, it is telling of the government’s attitude towards constituencies that do not have the political power to stop environmental harms from entering their neighborhoods.

Given the history of systemic oppression against Black people, the government could have at least implemented policies to ensure that there were no environmentally hazardous work sites in Detroit. Additionally, individual reparations could have mitigated the harm by helping the people living in these high-risk areas move to safer grounds. Reparations could have also been the financial leverage these communities needed to advance politically to stop the construction of toxic sites in their towns.

Another vestige of historical oppression is income inequality. In 2016, the median Black household made almost 60 percent of the income to that of the median white household and had 10 percent of the wealth. Alarmingly, studies have shown that even Black people in the same positions as white people receive less pay. In Detroit, the average household income (in 2018 dollars) was $29,481 (the U.S. average income is $60,283).

The government has done little to correct this wealth and income disparity. The Trump administration has failed to even consider policies such as inheritance taxes, fewer corporate loopholes, or a federal minimum wage, albeit these would only slightly narrow the widening gap. Instead, the policies under Trump have been incredibly lenient toward the rich. The CARES Act gave the average adult up to $1,200 plus $500 per child, while the country’s wealthiest, and overwhelmingly white, received billions in tax breaks. The CARES Act also offered up to $10 million in loans to small businesses, but the funds ran out in minutes, snatched by well-resourced companies. Because there was a complete disregard of the wellbeing of Black people in this legislation, 40 percent of Black businesses are not expected to survive the economic shutdown. Only 17 percent of white business owners predict the same.

Ample reparations could reverse this ever-widening wealth inequality between Black and white households. It would not only save Black businesses in the midst of a pandemic, but it would save Black lives. More Black wealth would increase access to healthy food and health insurance, both of which are paramount during a national pandemic.

Low-income Black communities suffer from the phenomenon of food apartheid. Economic pulls have driven grocery stores out of low-income communities and into the suburbs. Resultantly, these communities do not have access to grocery stores with healthy, affordable food. When there are more Wendy’s and McDonalds than there are grocery stores, the health of the community suffers. Today, 48 percent of Black people are obese, 40 percent of Black people have hypertension, and Black people have a 60 percent higher chance of having diabetes than white people. These underlying conditions are directly tied to higher chances of COVID-19 complications and mortality. Community and individual reparations could have provided Black people with the resources that they needed to increase access to affordable healthy food, enhance public health, and curb COVID-19 related deaths.

There is so much that the government could have done to correct historical wrongs in Detroit. These efforts would have stymied the disproportionate COVID-19 related deaths of Black people.  At the very least, the federal government could have taken more precautions when they learned that COVID-19 was going to be a national threat, especially knowing that the most vulnerable have historically suffered the most from national emergencies.

Given the history of de jure and de facto discrimination against Black people in Detroit, the government’s knowledge that the city’s population has been environmentally and geographically disadvantaged, and the outright incompetence of the Trump administration in handling the pandemic, the government has engaged in a plethora of wrongdoing. The government has owed a debt to the ancestors of the enslaved since the nineteenth century. Reparations are long overdue. Its absence is insolent to those who suffered in our nation’s past and those who still carry the effects of that burden today.

Detroit is a microcosm of Black neighborhoods across the nation that have been harmed by historic systemic oppression. More importantly, as evinced in the Declaration of Independence, this nation is grounded in the belief that when the government commits a wrong, it is in the name of justice that the wrong be corrected. Not doing so constitutes a flagrant disregard of the nation’s commitment to this tenet. The government has made a national apology and paid reparations in the past, and no group is more deserving of such restitution than men and women who have been disproportionately dying of COVID-19 for the same deep-seated reason that their ancestors were enslaved over 150 years prior: the color of their skin.

About the Author: Stephanie McIntyre graduated from Cornell Law School in May 2020. She obtained a Bachelor’s degree in economics from the University of Pennsylvania and worked in consulting prior to law school. She will be joining Akin Gump in New York.