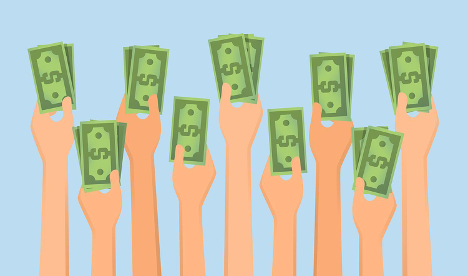 In 1913, Congress passed the Sixteenth Amendment to the United States Constitution which subjected all individuals to federal income taxation. According to the Center on Budget and Policy Priorities, income tax comprised 51% of all tax revenue in 2018 whereas payroll tax and corporate income tax comprised only 35% and 6% respectively. Because an individual’s income determines in large part their federal income tax liability, and federal tax revenue generally, the definition of what constitutes as income for federal taxation purposes has always been a hotly contested issue. Generally, however, the federal government defines income broadly. In fact, Section 61 of the Internal Revenue Code (IRC) defines income as “all income from whatever source derived[.]” Over the years, and as a result of much federal tax litigation, the definition of income has expanded to include sources of income that the average taxpayer might not recognize, including but not limited to social security, tuition scholarships, debt forgiveness, found property, big prizes, and yes, even fantasy football winnings. In fact, the Internal Revenue Service (IRS) even counts as income funds generated through illegal activities such as embezzlement, drug sale and trafficking, and theft.

As Congress, the Internal Revenue Service (IRS), and the US court system more broadly continue to paint income with such broad strokes, a relatively new form of value transfer has taxpayers puzzled: the treatment of funds received through online, third party backers also known as crowdfunding. While the tax law around crowdfunding is still developing, the income generated from the use of personal crowdfunding platforms such as GoFundMe, FundRazr, and Fundly have continued to generally evade the seemingly ever-growing definition of income. How can this be?

Merriam-Webster defines crowdfunding as “the practice of obtaining needed funding . . . by soliciting contributions from a large number of people especially from the online community[.]” While the basic concept of crowdfunding is as old as the hills, the first crowdfunding platform to utilize the internet was ArtistShare, which allowed entrepreneurial artists to fund creative projects using their fan base. Since then, the crowdfunding industry has grown exponentially to include more commonly recognizable names such as GoFundMe and Kickstarter. Although the exact number of crowdfunding platforms is unknown, it is estimated that today there are 600+ platforms worldwide. What is more impressive: the global crowdfunding market was valued at $10.2 billion in 2018 and that number is expected to reach $28.8 billion by the end of 2025.

Now that we know what a powerhouse the crowdfunding industry is, and how dependent on federal income tax the federal government is for their tax revenue, it may surprise you to learn that the vast majority of donation-based crowdfunding efforts face little-to-no federal tax consequences. Wait, what? That’s right. Well, sort of. Under the current tax code, money received on personal crowdfunding platforms is generally excludable from income because the IRS considers such funds personal gifts. Although the IRS has left largely untouched the tax treatment of personal crowdfunding campaigns, they have offered some guidance in a 2016 information letter in which they discuss the issue.

According to the IRS, there are two ways to exclude from income benefits a taxpayer receives. The first is that they do not meet the definition of gross income, and the second is that the law specifically excludes some benefits for no reason other than Congress chooses not to tax them. They go on to say that “crowdfunding revenues generally are includible in income if they are not 1) loans that must be repaid, 2) capital contributed to an entity in exchange for an equity interest in the entity, or 3) gifts made out of detached generosity and without a ‘quid pro quo.’”

It is important to note that if a personal crowdfunding campaign organizer offered anything of value in return for contributions, they would likely subject the generated funds to further taxation. But even pure gift contributions can still encounter taxation under certain circumstances. While personal gifts are generally excludable from income and therefore face no income tax consequences, they are, however, still subject to the gift tax. The IRS defines the gift tax as “a tax on the transfer of property by one individual to another while receiving nothing, or less than the full value, in return.” Essentially, “[y]ou make a gift if you give property (including money), or the use of or income from property, without expecting to receive something of at least equal value in return.” So then wouldn’t most contributions to personal crowdfunding campaigns be taxed under the gift tax? Well, yes and no. In order for a personal gift to be subject to the gift tax, the value of the gift given must surpass the annual federal gift tax exclusion, which for the years 2019 and 2020 alike is $15,000. Similarly, as long as receivers of personal gifts do not receive more than the lifetime gift tax exclusion, which is $11.58 million in 2020, up from $11.4 million in 2019 (seems like a nice problem to have), they also will not be subject to the gift tax.

Since most personal crowdfunding campaigns naturally rely on small contributions spread across many contributors, contributors rarely ever surpass the annual gift tax exclusion threshold. For example, while a study by The Crowdfunding Center found that successful crowdfunding campaigns raised on average $28,656.00, the average pledge for fully funded projects was only $96. This contribution far undershoots the $15,000 gift tax exclusion threshold that must be met before gift taxes kick in. Similarly, and for context, even if an organizer were to somehow organize yearly successful personal crowdfunding campaigns at the approximate average pledge of $30,000 a year, after 50 years they would have only received $1.5 million. This amounts to less than 15% (12.95% to be exact) of the current lifetime gift tax exclusion threshold—and that’s before adjusting the exclusion for inflation.

Successful tax policy, as with any legislation generally, ensures that similarly situated taxpayers are treated equally under the law. However, the current tax treatment of personal crowdsourcing campaigns may be infringing on this goal. For instance, let us assume that two recent American university graduates are planning a post-graduation backpacking trip across Europe. As it is written today, the current tax code would treat more favorably the graduate who fundraised their trip using a personal crowdfunding platform than the graduate who worked to save up the funds to self-cover their expenses. In other words, the graduate who managed to find donors for their trip would likely face little if any negative tax consequences, whereas the self-funding graduate’s earnings would be considered income and therefore taxed as such. Is the current tax treatment of personal crowdfunding campaigns incentivizing taxpayers to fundraise through donations rather than self-funding efforts? Additionally, not all personal crowdsourcing campaigns are created equal. Although some use personal crowdfunding platforms to fundraise for more leisure or recreation-related causes such as travel or community events, many use them to cover more serious expenditures such as medical costs or costs associated with sudden tragedy. In fact, GoFundMe CEO Rob Solomon told CNBC news in 2018 that 1 in 3 GoFundMe campaigns is for medical bills. Surely, some personal crowdfunding campaigns are more deserving than others of favorable tax treatment.

Given the projected growth of the crowdfunding industry, it will be interesting to watch if and how the IRS responds to an industry that effectively has steadily and increasingly moved value transfers outside the bounds of federal taxation. With presumptively more and more federal tax revenue lost under the aegis of personal gift giving, the IRS might consider treating differently funds generated through personal crowdfunding platforms. Further, if the IRS does begin to treat personal crowdfunding campaigns more strictly, will they begin to distinguish between needs-based crowdfunding efforts and more recreational-based crowdfunding efforts? And if so, how exactly do they plan on doing that?

While the tax law involving crowdfunding efforts is still a bit of a gray area, for now, at least, the tax implications of pure donation-based crowdfunding is relatively favorable. For example, even GoFundMe itself concedes that, “[d]onations made to GoFundMe campaigns are usually considered to be personal gifts which, for the most part, aren’t taxed as income.” The key phrase here being “for the most part”. Keep in mind that the IRS recommends that the facts and circumstances of a particular situation must always be considered in determining whether money received in that situation is income, particularly when it comes to personal crowdfunding campaigns. Nevertheless, while there are exceptions to the general rule, personal crowdfunding campaigns are unusually tax-efficient ways of fundraising—as long as there are no expectations to receive anything in return for contributions, and at least until the annual and lifetime gift tax exclusion thresholds are met—that is, if you can find enough backers!

About the Author: Michael Mirabella is a rising third-year law student at Cornell Law School. Originally from Florida, Michael earned his Bachelor of Science degree in Finance from Florida State University and enjoys writing on developments in federal taxation law.

Suggested Citation: Michael Mirabella, Go Fund Me Tax-Free: A Discussion of the Federal Tax Treatment of Funds Generated on Personal Crowdfunding Platforms such as GoFundMe from an Individual Tax Perspective, Cornell J.L. & Pub. Pol’y, The Issue Spotter, (May 18. 2020, http://jlpp.org/blogzine/go-fund-me-tax-free-a-discussion-of-the-federal-tax-treatment-of-funds-generated-on-personal-crowdfunding-platforms-such-as-gofundme-from-an-individual-tax-perspective/.