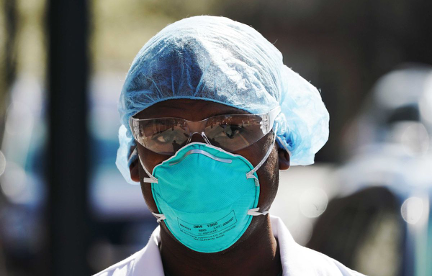 It has been five months since the first COVID-19 case was reported in Seattle, the epicenter of the outbreak in the US. As the virus spread, patients flooded into hospitals as hundreds of people got sick. The US soon realized that hospitals, healthcare facilities, nursing homes, and the government alike were short of the gear that would keep the healthcare workers at the frontline of the pandemic alive and healthy. At a time when their expertise and care were paramount, their lives were put at risk in a way that was unprecedented in recent history. Suddenly, the government and healthcare facilities across the nation were in a frenzy, hurrying to find personal protective equipment (“PPE”) for healthcare workers. What they faced were empty warehouses, factories at capacity, and a market ridden with fraud.

This supply chain shortage and fraud in the PPE market is unrelenting and has left practitioners finding alternative means to protect themselves. In March, nurses at Mount Sinai hospital were spotted wearing trash bags fashioned as protective gear. Medical practitioners around the country were forced to reuse PPE, even though the FDA has reported that “protective capabilities of [reused] single-use PPE cannot be assured.” One doctor in Colorado was given an N95 mask and told she should keep it until it breaks. These masks, like gloves and gowns, are good for one use—ideally, the doctor is supposed to see the patient and then throw the equipment away to avoid the spread of the virus. Other hospitals have been attempting to decontaminate masks that have been used prior, which does not guarantee protection from cross-contamination. The CDC has advised that this approach should only be practiced when there is no alternative as “there are no manufacturer authorized methods for [mask] decontamination before reuse.” Furthermore, decontamination can potentially affect the efficiency of the N95 mask filters, thus putting the healthcare workers further at risk when reused.

The question remains—why wasn’t the US prepared for a pandemic? The US knew that COVID-19 was making its way across the globe. Even though the first death was not reported in the US until January, news of the virus was spreading through China as early as December 2019. As reported by Daniel M. Gerstein, “[b]iosurveillance data on the scope of the outbreak wasn’t being heeded. Disease tests and vital medical equipment were not being supplied. The network of officials and offices related to emergency management that had trained together on how to respond to a pandemic had been superseded by an ad hoc White House task force.” Meanwhile, top healthcare officials were warning that there were not enough stockpiles of PPE, but this fell on deaf ears.

When the administration started to take concerns seriously in mid-March, it was met with chaos. Dysfunction at the federal level percolated to state and local governments, exacerbating nation-wide PPE shortages and overall confusion. First, the Strategic National Stockpile, designed to fill gaps in PPE shortages during a pandemic, did not have enough stock to meet the needs during a crisis of COVID-19’s magnitude. Therefore, states were left to their own devices and were scouring the open market. However, this was not a typical open market, as the normal distribution channels did not work as usual. Across states, PPE contracts were left unfulfilled, sparking criminal investigations. State governments across the country were left in bidding wars with other states and the federal governments to secure the highly coveted PPE.

While the US stockpile was depleted a few weeks into the pandemic, state and federal governments were left looking abroad for foreign production. In any usual environment, this approach would be sufficient to meet needs, but these were unusual times. Gowns, gloves, and N95 masks are manufactured in China, and testing swabs in Italy—two places hardest hit by the pandemic. When those countries were hit, it inevitably led to a decrease in their ability to meet manufacturing demands due to the stay-at-home orders that forced the workforce out of the factories. Furthermore, xenophobia led to an overall reluctance to purchase medical supplies from China.

What arose in the midst of this medical supply shortage was alarming. An ecosystem of profiteers, fraudsters, and untested suppliers entered and plagued the market. The profiteering and fraud came in many forms. For one, untested suppliers with no experience in the medical supply market obtained million-dollar contracts to provide PPE but failed to procure the supplies. Other profiteers purchased supplies of scarce and critical supplies simply to hoard them, driving up prices and widening their profit margins during a global health crisis. Some suppliers falsely claimed to have business ties with 3M to drive up prices and sales. Other fraudulent activity included wire fraud and advance-fee schemes whereby supposed suppliers would request an upfront payment of nonexistent supplies. By the time the purchasing agencies became suspicious of the transactions, many of the funds had been transferred to accounts outside the US and were unrecoverable. Furthermore, of those who did have supplies, some were expired or counterfeit and did not meet FDA requirements, which are critical of PPE especially during a global pandemic. They assure that the protective equipment properly protects users from virus contamination.

Action has been taken on several fronts to combat this. In an attempt to crackdown on fraudulent activity, the government has teamed up with corporations including 3M, Amazon, Merck, Pfizer, Citi and Alibaba to stem the flow of counterfeit face masks, coronavirus tests, and other PPE. In an attempt to stop price gouging, 3M has filed several lawsuits against suppliers engaging in price gouging and fraud in the sales of its N95 masks. Federal courts have issued preliminary injunctions against parties selling unproven and potentially dangerous medical supplies. State officials are reporting to 3M and the FDA directly when they detect suspicious activity. 3M, the CDC, and the FDA have each issued detailed guidance with regard to fraudulent activity, price gouging, and counterfeit products in the market. The Federal Bureau of Investigation (“FBI”) has even gotten involved and is pursuing “any company, individual, or entity whose intention it is to unlawfully take advantage of the current pandemic.”

While the PPE market is rife with fraud, the federal government has taken measures to meet PPE and medical supply demands in the US, all of which have proven ineffective. In May, after weeks of mounting pressure, President Trump invoked the Defend Production Act (“DPA”) to compel 3M and six major medical device companies to produce protective masks and ventilators. The DPA empowers the federal government to ramp up the manufacturing and distribution of critically needed medical supplies and PPE. However, it is moot without meaningful deployment. Trump issued a memorandum demanding increased production, but thereafter, companies announced that the “memorandum had no effect on its already-announced plans.”  The most consequential order of the DPA was to freeze shipments of PPE overseas. However, this blocked companies from fulfilling overseas contracts and may cause international backlash down the line.

One seemingly effective measure was the passage of legislation providing US manufacturers with protection against PPE-related lawsuits. The legislation meant that 3M could sell 420 million masks a year to US buyers. Additionally, Honeywell mask production could increase by 120 million per year. Moldex, another N95 mask provider, could produce up to eight million masks a month to equip healthcare workers. However, these numbers fall short of the estimated 3.5 billions masks needed in a year in the US. Additionally, there are concerns that many of these products purchased by states from 3M, Honeywell, and Moldex may be diverted by DHS and FEMA due to the unwarranted competition between federal agencies and state governments in procuring PPE.  As reported by CNBC, “[l]acking supplies from the federal government, states and localities have had to find their own. That’s created a market with many bidders, including the federal, state and local governments along with individual consumers.” While FEMA, HSA, and other federal organizations could buy and disseminate all PPE to the states, they are choosing not to use those disaster relief powers and eliminate this issue.

The nation has entered a new stage in the era of COVID-19. The country has surpassed 100,000 deaths, but the rate of the spread has been decreasing. As such, states have begun loosening restrictions and strategically opening up their respective economies. Alas, the need for PPE is still alive and well. Efforts to mitigate the continued spread of the virus have called for not only healthcare practitioners to be equipped with face masks, but other professionals as well, such as retail workers, bus drivers, construction workers, and service providers. Beyond immediate demands, many Americans and medical experts have concerns of a second wave of the virus, which has called into question the nation’s preparedness to respond. Given that the confusion in the market has still not been entirely cleared up and fraud has not been entirely curtailed, this concern is valid. 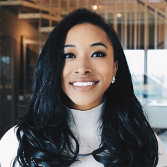 About the Author: Stephanie McIntyre graduated from Cornell Law School in May 2020. She obtained a Bachelor’s Degree in economics from the University of Pennsylvania and worked in consulting prior to law school. She will be joining Akin Gump in New York.