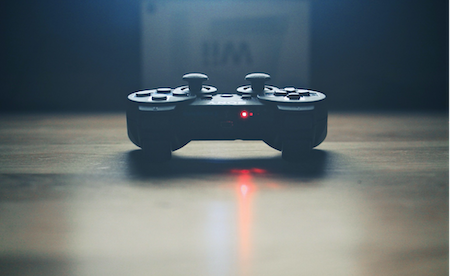 As we react to another spike in the coronavirus pandemic, many people are wondering how our work lives will change in the distant future of a post-COVID-19 world. One hope is that employers will be more understanding of a work-life balance and reevaluate the eight-hour workday. However, we know that burnout is a real threat that not only impacts productivity levels, but also can lead to a decline in physical and mental health. One industry that is thriving during the pandemic has been grappling with a work culture of burnout and overworked employees for a while now: the video game industry.

Americans spent $10.86 billion on video gaming in the first quarter of 2020, the highest total in U.S. history. While people have been using video games to socialize and to experience nature in health-safe ways, the video game industry has been struggling with many of the same logistical hurdles in production as other industries, leading to conditions that feel familiar to many a video game developer: crunch.

Crunch, also called “crunch time” or “crunch mode,” was first coined to describe intense periods where software programmers would work extra hours for extended periods of time to meet deadlines or complete projects. One longtime game developer, Shane Neville, worked on average ninety to 110 hours per week when he began as a quality assurance tester in the 1990s and now suffers a litany of physical ailments as a result: his hip needs physiotherapy, his right eye frequently cannot focus, and he experiences numbness in his foot that makes it difficult to stand for long periods of time. One of the most notorious proponents of crunch in the video game industry has been blockbuster game publisher Rockstar Games, which has produced games like the Red Dead Redemption series and the Grand Theft Auto series. In a 2018 interview, Dan Houser, the vice president of the creative department and brother of Rockstar’s president, discussed “working 100-hour weeks” to complete Red Dead Redemption 2. He later clarified he only meant the four-person writing team and had been referring to a period of about three weeks. Rockstar was also quick to address any controversy by lifting its social media policies to allow their employees to speak about their work experiences on social media. One employee verified that they worked on average fifty to sixty hours per week, while others referenced a “culture of fear” that pressured them to keep working. One employee said, “The overall tone at Rockstar is that what the company values most is not the bugs you fix but the hours you put in.” Many of these employees were salaried and were not paid for their overtime, but were hopeful that their 2018 bonuses, should the game be successful, would make up for it. Rockstar has confirmed that those who leave a project will not be accredited or otherwise associated with the published game, leaving employees with little choice but to stay on and hope that projects will be successful enough to justify their discomfort. Many hope that having a successful video game like Red Dead Redemption on their résumés will grant them job stability.

This problem of working overtime without any compensation has long been an issue. Erin Hoffman, the spouse of an employee at Electronic Arts (“EA”), which has published games like FIFA and The Sims series, released an online journal in 2004 detailing the grueling working conditions her husband was enduring without overtime, compensation time, or additional sick or vacation time. Visual artists, animators, and other employees involved in graphic design at EA eventually filed a class action lawsuit, Kirschenbaum v. Electronic Arts Inc., in 2004.  Its basis was EA’s failure to properly compensate for overtime hours in a timely manner under the California Labor Code, the most relevant sections being § 204 and § 510, which govern overtime and payment schedules. In 2006, Hoffman’s partner, Leander Hasty, led a similar class action lawsuit on behalf of EA’s computer programmers for overtime pay. See Hasty v. Electronic Arts Inc., No. CIV444821, 2006 WL 1342723 (Cal. Super. Ct. Apr. 17, 2006). Both of these lawsuits’ arguments hinged on interpretation of California Labor Code § 515.5, which creates exemptions to overtime pay for certain computer software employees based on the content of their work duties and their hourly or yearly wages, depending on if they’re salaried and determined by the cost of living recalculated per year. The work duties that qualify for exemption are enumerated in § 515.5(a) and include work that is intellectual and creative, related to systems analysis, systems testing and design, development of programs, etc. The complaints in Kirschenbaum and Hasty argued that the class of employees in question were actually not given any managerial responsibilities or allowed to have their own creative input, failing §515.5(a)(1)’s requirement that the work “requires exercise of creative or independent judgment.” Whether or not the court would have found that argument persuasive remains an unknown; EA settled for $15.6 million in 2004, and $14.9 million in 2006. As part of the settlement in Hasty, EA reclassified the programmers as hourly employees in order to allow overtime pay, but agreed that, in return, they would no longer receive stock options or bonuses.

An alternative solution to class action lawsuits, which often end in settlements that, of course, have no precedential power, is to unionize.  This past year, Communications Workers of America (“CWA”), the largest telecommunications union in the world, announced the Campaign to Organize Digital Employees (“CODE”). This campaign would be specifically directed at unionizing video game developers and tech companies, and grew out of organizers from Game Workers Unite (“GWU”), an international grassroots organization pushing for wall-to-wall unionization of the video game industry. Although GWU started in 2018, its message really began to gain traction at the 2019 Game Developers Conference. May of 2019 also saw a walkout at Riot Games Inc. to protest mandatory arbitration clauses in their contracts, the first ever labor-related walkout in the video game industry. The walkout followed a class action lawsuit for gender-based discrimination and harassment under California’s Equal Pay Act, which prohibits paying employees lesser rates than others doing substantially similar work on the basis of gender. The suit, McCracken et al. v. Riot Games Inc., reached a preliminary $10 million settlement in December of 2018. However, the California Department of Fair Housing and Employment and the Department of Labor Standards and Enforcement, based on their own investigations, stepped in to claim that the women might actually be entitled to over $400 million. Proceedings are still underway. CWA and GWU are hopeful that this push for unionization and more cooperative models of company structures will address both working conditions like crunch as well as corporate ethics, and sees them as all part of the same concern.

GWU co-founder Emma Kinema stated, “In my experience self-organizing in the game industry, people are very bottlenecked by the lack of resources and lack of legal know-how and a lack of funding—it’s very tough,” and she expressed hope that partnering with CWA would expand their resources to push further. At the time of Kinema’s statement, when CODE was announced, employees at no major video game studios and very few tech offices had formally voted to form or join a union. While trade associations like the International Game Developers Association (“IGDA”) and the Entertainment Software Association (“ESA”) exist, they don’t have the legal bargaining force that a union does under the National Labor Relations Act (“NLRA”).

The NLRA guarantees rights of employees who work for employers engaged in interstate commerce, primarily their rights to organize and strike. The NLRA also considers it an unfair labor practice for employers to refuse to collectively bargain with elected union representatives, who will be the exclusive bargaining representative with respect to rates of “pay, wages, hours of employment, or other conditions of employment.” Violations of the NLRA and unfair labor practices are investigated by the National Labor Relations Board, which was created by Congress as a result of the NLRA.

In a survey conducted by the 2019 Game Developers Conference, out of 4000 responders, 47% of them said that workers in the video game industry should unionize. However, when polled on whether or not they actually thought the industry would actually unionize, the most popular answer by far was “maybe,” at 39%. Part of the reason for this seems simply to be that they don’t feel like conditions are bad enough to justify unions: one female employee at Riot said, “For me, unions are to address instances of really severely bad working conditions,” even though she admitted sexism was an issue she had personally experienced in the workplace. In a separate part of that same 2019 survey that allowed multiple answers, many identified at least one of their reasons for crunch as being their own sense of pressure, or felt that even though the majority of them worked within the forty to sixty hours per week range, their hours were not excessive. More than half of those respondents who noted either their own motivations for crunch or did not find crunch excessive came from companies of ten people or less.

This can potentially be attributed to an equivalence in the video game industry of working high hours with being passionate about the work itself—as discussed earlier, many employees feel like crunch is necessary for successful games and to prove themselves. The size of the company might foster a more personal connection with the work as well. But it’s worth noting that of the 26% of survey respondents who named management pressure as the reason they crunched, 39% said they worked at large companies of more than thirty people, while 42% marked themselves as working at smaller companies of ten people and under. This could indicate that there is an issue with management across the industry irrespective of actual company size.

Regardless of how industry employees actually feel about their work hours, unions could still address the issue of unpaid overtime, or at least help employees feel more justified in working these hours by creating more job security or negotiating better severance packages in the event of layoffs. One former developer at Telltale Games, Emily Buck, described how she worked more than eighty-hour workweeks in the constant fear that her project would be canceled, or that she would be demoted or fired. “With a union, it’s not to say that those things wouldn’t happen, but there would be channels to report and handle them. Instead, game devs [developers] like me often live in fear that if we speak up or try to improve our situation, we’ll lose our jobs or at the very least, our reputations.” She spoke from an experience unionization could have potentially addressed: Telltale Games collapsed suddenly in 2018, leaving its 250 employees adrift with no warning, no severance pay, and health insurance that would no longer be provided nine days later.

Unions could solve many of the issues in the video game industry, but they have to be formed by the people they are proposed to protect. While it’s clear that something needs to help workers in the video game industry and many hope that unions could provide that support, there’s still a long way to go before that becomes an accepted and realized solution. Like a lot of activism, labor reform in the video game industry looks like it’s going to take slow, gradual work, but recognition that there is an issue to be addressed at all is a key part. Kirschenbaum, Hasty, McCracken, and others like them are already making waves in that regard—and maybe the global conversation around the work-life balance will help take that recognition to the next level.

About the Author: Victoria Pan is a second-year J.D./L.L.M. student at Cornell. She serves as the president of the Briggs International Law Society and is currently an associate the International Human Rights Clinic. She holds a B.A. in English Literature from Belmont University, and plots narratives for video games in her free time.