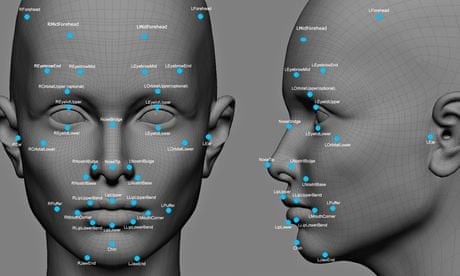 Facial Recognition Technology (FRT) identifies a person’s face by navigating through computer programs that access thousands of cameras worldwide to identify a suspect, criminal or fugitive. FRT could even accurately identify a person’s from a blurry captured image or instantaneously identify the subject among a crowd. This is the fantasy portrayed in Hollywood movies. In reality, facial recognition software is inaccurate, bias, and under-regulated.

FRT creates a facial template of a person’s facial image and compares the template to millions of photographs stored in databases—driver’s license, mugshots, government records, or social media accounts. While this technology aims to accelerate law enforcement investigative work and more accurately identify crime suspects, it has been criticized for its bias against African-American Women.  The arm of the United States government responsible for establishing standards for technology—National Institute For Standards and Technology (NIST)—conducted a test in July of 2019 that showed FRT’s bias against African-American women. NIST tested Idemia’s algorithms—an Australian company that provides facial recognition software to police in United States—for accuracy. The software mismatched white women’s faces once in 10,000, but it mismatched black women’s faces once in 1000 instances.

This disparity is a result of the failure of current facial algorithms to recognize darker skin and is not limited to Idemia’s software. In fact, NIST reported similar results from 50 different companies. Moreover, facial recognition software that relies on mugshots to identify suspects captured on camera or video likely includes a disproportionate number of African-American due to higher arrest rates. This inaccuracy could lead to false arrest. For instance, police used facial recognition software in Fergusson, Missouri to arrest protesters following the death of Michael Brown. Considering the high mismatch rate for African-Americans, police could have arrested peaceful protesters due to false positives. Another prominent instance of facial recognition software’s mismatch is Amazon’s Rekognition software—a software that uses learning technology to identify objects and peoples’ faces . The software disproportionately mismatched 28 members of congress. One mismatch was civil rights activist Rep. John Lewis of Georgia.

No state in the United States has a comprehensive law regulating law enforcement’s use of facial recognition software. Without laws limiting the use of this software, it is prone to misuse. Neither search warrant nor reasonable suspicion is required to use FRT in identifying suspects. Law enforcement agencies may be pressured to make an arrest when FRT identifies a person as fitting a suspect. For instance in the Boston Marathon bombing, it was critical to quickly identify and arrest the suspect before he struck again. Granted, FRT has been useful in a number of situations. For instance, the Los Angeles Police Department quickly apprehended a dangerous suspect wanted in a fatal shooting case using FRT. But law enforcement agencies are not transparent with the use of this technology. A Georgetown Law Center on Privacy and Technology report finds that only 4 out of 52 agencies surveyed have a publicly available use policy.  Maryland’s facial recognition software has never been audited for misuse. Even if suspects have been misidentified, there is no way for the public to know because no record exists.

Comprehensive laws guiding the use of FRT ought to be enacted on the federal level as a counterpart to the Wiretap Act. Although FRT is still developing, Congress ought to enact laws to guide its use in the right direction, especially in areas of racial and gender bias.

About the Author: Oluwasegun Joseph is a Third-year Cornell Law Student who enjoys following developing stories at the intersection of public policy and law. One of his goals is to become a federal prosecutor.