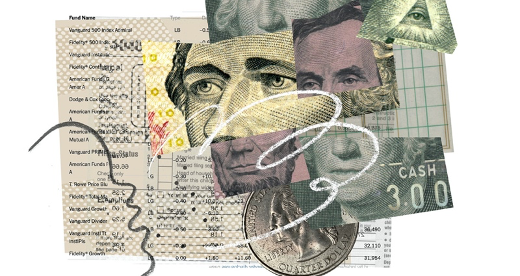 The world of private equity is fascinating. Larger-than-life firms pool immense amounts of capital from individual and institutional investors. Firms organize these pools into funds, secure leverage, and begin investing in, restructuring, and ultimately selling for profit, a variety of assets, like distressed businesses and real estate.

In theory, numerous parties stand to share in the spoils. Should they successfully argue their case before the fund, asset owners can raise capital without navigating the burdensome processes of debt financing or issuing public shares. Moreover, the owners and their assets also benefit from the knowledge and management expertise accompanying the private capital. Of course, the fund’s investors stand to gain substantial returns on their investments. And the spoils are plenty: according to Bain and Company’s 2020 Global Private Equity Report, in 2019 total buyout value was $551 billion and total exit value amounted to $405 billion.

What do the fund managers gain from all of this? In return for their services, fund managers are assigned interests in the investments’ ultimate profits. These interests are termed “carried interests,” or, more colloquially, “carry.” (The term stems from the practices of medieval merchants in Europe who were issued interests in the profits of the products they “carried” on their ships.) The fund managers’ spoils are plenty, too: a typical returns distribution waterfall awards 20% of the profits of an exit to the private equity firm, while investors retain the remaining 80%. The private equity firms do contribute some of the capital to the fund, but their contribution is typically less than 5%, far lower than what their profit share would suggest.

Contributing to the managers’ impressive bounty is the traditional income tax treatment of carried interest. The Internal Revenue Code (“I.R.C.”) traditionally treats carried interest as long-term capital gain, subjecting it to significantly lower tax rates than those applied to ordinary income. For example, the highest marginal tax rate for ordinary income – over $250,000 – is 39.6%. Meanwhile, the highest marginal tax rate for long-term capital gain – over $425,800 for single taxpayers – is only 20%.

Why treat carried interest as long-term capital gain? Some argue that such treatment encourages entrepreneurship and spurs investment. By aligning the interests of the managers and investors, managers are more incentivized to seek a greater return on the investments through hard work and innovative thinking. Treating carried interest like ordinary income would disincentivize fund managers and result in lower rates of return on investments, harming investors. Remember, however, that these lower rates of returns affect all the investors involved. Thus, not only would individual billionaires see lower returns, but so would institutional investors, such as pension funds. Surely even the most fervent tax reformist wants her dear K-12 educators to enjoy comfortable retirements.

Nevertheless, tax reformists urge that carried interest be treated as ordinary income, pointing out that carry is, in substance, the manager’s compensation for the services she performed. After all, the I.R.C. endeavors to tax “income from whatever source derived,” including “compensation for services.” Reformists maintain that carry’s current treatment violates principles of both horizontal and vertical equity. Horizontal equity is violated because, relative to the fund managers, individuals earning the same amount of income through “formal” compensation must bear the full weight of the ordinary federal income tax. More controversially, vertical equity is violated because fund managers pay less income taxes than do individuals earning less in formal compensation. On its face, the system of federal income taxation seeks to collect more tax as the taxpayer’s amount of earned income increases. Underlying this system is the principle that those who have the ability to pay more taxes ought to contribute their fair share to the pot.

Responding to the criticism, Donald Trump, in his 2016 presidential campaign, promised to close the carried interest “loophole.” However, the 2017 Tax Cuts and Jobs Act (TCJA) did not close the carried interest loophole. Instead, it altered, slightly, the tax treatment of carried interest — referred to as “applicable partnership interest” (API) in the code — through I.R.C. § 1061. Section 1061 specifies that API earned upon the sale of a “specified asset” by an “applicable trade or business” within a three-year holding period will be recharacterized as short-term, rather than long-term, capital gain. Short-term capital gain is taxed at the same rates as is ordinary income. Previously, specified assets only had to be held for one year in order to qualify for long-term capital gain treatment.

A closing of the loophole? Not quite. A tepid response to the criticism? Maybe. A 2017 New York Times article noted that the recharacterization rule would not even affect most fund managers because private equity partnerships typically retain assets for much longer than three years.

The statute works by calling upon I.R.C. § 1222, the primary statute defining long-term capital gain and loss. It states that, with respect to § 1061 specified assets, § 1222 should be read as if specifying that assets must be held for three years, rather than for one year. Yet, various forms of capital gain are defined as such without reference to § 1222 — that is, those statutes contain their own holding period provisions that are wholly independent of those expressed in § 1222. I.R.C. § 1231, for example, states that gain earned upon the sale of “property used in” trade or business will be treated as long-term capital gain. Properties used in trade or business include commercial real estate and multifamily dwellings, among other forms of real estate.

Accountants and tax attorneys were confused by the new statute. On one hand, § 1061 lists as a specified asset “real estate held for rental or investment,” suggesting that certain forms of § 1231 property would be subject to the § 1061 recharacterization rule. On the other hand, this would be inconsistent with the working of the statute which, as mentioned, relies upon § 1222’s holding provisions to recharacterize the gain. A mere oversight?

On July 31, 2020, the I.R.S. cleared up the confusion by issuing proposed regulations clarifying that § 1231 property is not subject to § 1061’s recharacterization rule. Some attorneys have pointed out that this regulation, if finalized, could substantially benefit the managers of real estate focused investment funds holding § 1231 properties. Should those funds wish to dispose of their § 1231 assets, the managers will not have to satisfy the three-year holding period for their carry to count as long-term gain. Notwithstanding this potential windfall, there was little explanation accompanying this ruling, and at least one commentator has pointed out the lack of guidance on the issue in the legislative history.

Law students are trained not to launch baseless allegations — or “throw spaghetti at the wall,” as some of their professors urge — lest in practice they suffer the resulting sanctions and embarrassments. Despite that, and despite the lack of official guidance on the apparent loophole, it is worth noting that Stephen Schwarzman has donated at least $699,400 to President Trump during the 2020 election cycle. Stephen Schwarzman is not only a billionaire, but is also the CEO of The Blackstone Group, one of the most prolific investment companies in the world. Blackstone manages an immense real estate portfolio; according to its website, the value of the portfolio exceeds $300 billion. Much of that enviable portfolio includes commercial real estate assets which could potentially be classified as § 1231 properties. President Trump does not write the I.R.S.’s regulations, but he is the head of the federal executive branch, and the I.R.S. is a federal executive agency.

Setting aside those implications, perhaps the tax world will never have its desired glimpse behind the scenes of I.R.C. § 1061. In any event, § 1061 did not drastically change the carried interest landscape. However, the proposed regulations could make the already weak § 1061 inapplicable to a considerable segment of the private equity field, further softening the bite of a near-toothless statute. Accordingly, any modicum of executive explanation following the proposed regulations’ public comment period would surely be appreciated.

About the Author: Nicholas Swan is a J.D. candidate in the class of 2022 at Cornell Law School. He graduated from Cornell University in 2019. He is interested in issues of federal income taxation and securities regulation.