By many metrics, the quality of American life has much improved over the last decade. U.S. unemployment has reached roughly its lowest point in 50 years and wage growth for American workers reached a 10-year high in 2019. Additionally, notwithstanding the notable exception of recent market recoil due to escalating fears surrounding COVID-19, the start of 2020 brought with it all-time-highs for the DOW and the S&P 500, both strong indicators of robust stock market health. Moreover, disposable personal income reached its highest point in November of 2019—thus being the likely catalyst of an all-time high for U.S. consumer spending. According to some economic metrics, the average American citizen is generally better off now than ever before—at least financially. Yet, individual charitable contributions are down across the board despite unprecedented economic growth. What gives?

According to Giving USA, a nonprofit foundation which seeks to advance public understanding of philanthropy, individual giving declined 1.1% in 2018 and 3.4% when adjusted for inflation. Total charitable giving in 2018 declined 1.7% when adjusted for inflation when compared with 2017. Furthermore, giving by individuals made up 70% of total giving in the U.S. in the year 2017 and made up only 68% of the same in 2018. Similarly, fundraising revenue among charities was down 7.3% in 2019 compared to the same period in 2018.

There are many factors at play that likely influenced individual giving patterns in 2018. Possible factors include strong personal income growth and a late-year stock market contraction. However, it is difficult if not impossible to control for all variables in order to precisely determine which variable is most at fault. In fact, even Giving USA itself concedes that charitable giving is “multi-dimensional.” Nevertheless, not all factors share equal weight, and one factor in particular has perhaps affected giving patterns more than others—namely, the federal tax policy change under the Tax Cuts and Jobs Act (TCJA).

Although Congress arguably met their goal of simplifying the tax code—at least with respect to individual filers—they seemingly did so at the expense of charitable contributions. Because the option to deduct charitable contributions is only available to filers who itemize, increasing the standard deduction likely discouraged itemization and unintentionally affected charitable giving. Put differently, simplification of the tax code in this way may be contributing to the chilling of individual charitable contributions. It follows logically that as fewer filers itemize, fewer filers donate to charitable organizations because there is less of a tax incentive to do so. For example, more than 45 million households itemized their tax deductions in 2016, but that number was expected to fall between 16 and 20 million following the tax reform. Sure enough, the Tax Policy Center estimated that approximately 19.3 million filers chose to itemize in 2018. Could tax reform be to blame for the decrease in individual giving?

One non-profit seems to think so. Preemptive Love is an international 501(c)(3) non-profit that responds with fast relief on the frontlines of conflict-riddled areas by providing food, shelter, medicine, and jobs for victims of war and their families. In a recent online article titled “People Are Giving Less to Charity Than They Used To. Here’s Why” Preemptive Love makes a well-articulated case for continued financial support amidst the ever-changing tax policies. Highlighting Giving USA’s 1.7% decrease, Preemptive Love writes, “[s]uch a small decrease might not seem like cause for concern. But that 1.7% represents almost $7.4 billion not given to benefit others.” In their impassioned plea they go on to say, “[t]he needs haven’t changed. And what kind of person you choose to be—how you choose to give to help those in need—doesn’t have to, either.”

Dating back to 1917, the charitable deduction is certainly not going anywhere. But recent tax reform has presented us with a new challenge: ensuring that tax code simplification does not render obsolete incentives for charitable donations. Possible policy solutions proposed in 2019 by Republican Senator and Chairman of the U.S. Congress Joint Economic Committee Mike Lee include making charitable deductions “above the line”, meaning that they could be taken by filers in addition to the standard deduction, or replacing the charitable deduction altogether with a charitable tax credit, which would purportedly make the system fairer and more equitable across income groups. How effective either solution remains uncertain. However, until the tax code is adjusted to address its unintended consequences, the likely result will be the continued decline of individual charitable contributions.

I recommend those interested in reversing this trend to vocalize support for either of the proposed solutions above and/or continue to support or consider supporting non-profit organizations world-wide whose values coincide with your own. 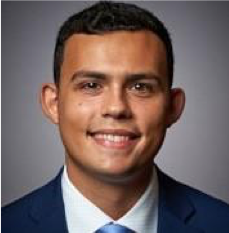 Michael Mirabella is a second-year law student at Cornell Law School. Originally from Florida, Michael earned his Bachelor of Science degree in Finance from Florida State University and enjoys writing on developments in federal taxation law.