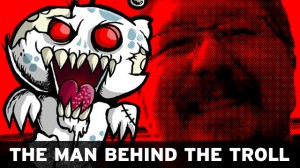 Gawker’s Adrian Chen has the internet reeling from a recent public exposé he authored.  Chen did the unthinkable: he publicly outed a Reddit user, Michael Brusch (formerly known only by his Reddit username Violentacrez).

Brusch isn’t a sympathetic character.  He moderated several of Reddit’s most offensive subreddits, including:

He also moderated two subreddits that have been shut down: r/jailbait (shut down after Anderson Cooper reported on it last year) and r/creepshots (shut down during the present controversy).

For the sake of discussion, I’ll explain the content of one subreddit: r/creepshots consisted of often-sexualized photos of women taken without their permission.  Supporters of r/creepshots argue the photos are taken in public places where these women have no reasonable expectation of privacy.

Let’s back up and talk about Reddit for a moment.  With one of the most active user bases on the internet, Reddit boasts over 1 billion page views every month—well over 20 million page views daily.  Over 65% of Reddit’s users identify as male.  Reddit’s user base has been characterized as misogynistic and sexist by multiple news outlets (see, e.g., The Atlantic, The Daily Dot, xojane.com, SF Weekly).  Of course, not all Redditors take part in the reprehensible behavior exposed in these articles—but Reddit is essentially a democracy, so the site’s most popular opinions win.  Upvotes and downvotes rule the day.

So why does anyone care if Brusch is outed?  Because Redditors (Reddit users) consider anonymity on Reddit sacred.  Chen should come well before Brusch on our public enemy list, so much so that Reddit moderators have banned all links to Gawker Media from countless subreddits, including several of the website’s most popular (e.g., r/politics and r/todayilearned).

The Gawker bans derive from an overwhelming consensus among Redditors that principles of free speech protect racist, bigoted speech and creepy sexualized photos taken without a woman’s consent.  But the “outing” of a Reddit user?  That’s unforgivable.

Do Redditors have a point?  Should user anonymity be especially sacred?

Anonymity is constitutionally protected speech (McIntyre v. Ohio Elections Commission (1995)).  In McIntyre, the Supreme Court held that a Ohio statute prohibiting anonymous political or campaign literature is unconstitutional.  It makes sense: we need McIntyre to prevent the outing of political dissidents (for a relevant modern example, Chinese dissidents use anonymity online for organizing and reporting what is otherwise subject to prosecution in China).

A couple of years ago, the Supreme Court limited McIntyre in Doe v. Reed (2010), holding that the First Amendment does not prevent the disclosure of signatures on a legislative referendum.  The distinction was based on the notion that citizens, in exercising their right to legislate in the referendum context, aren’t protected by secrecy.  The Court considered Doe an exception to McIntyre because releasing names on a referendum just doesn’t silence people in the same way as releasing names of political dissidents would.

“Justice Scalia conceives of the issue as a right to anonymous speech. . . . But our decision in McIntyre posited no such freewheeling right.  The Constitution protects ‘freedom of speech.’ . . . . That freedom can be burdened by a law that exposes the speaker to fines, as much as it can be burdened by a law that exposes a speaker to harassment, changes the content of his speech, or prejudices others against his message. . . . The right, however, is the right to speak, not the right to speak without being fined or the right to speak anonymously.”  (emphasis mine)

The Court, above, is responding to Justice Scalia’s concurrence—which is drawn from his convictions that McIntyre was wrongly decided (he dissented in that case) and that the First Amendment does not include a protection for anonymity.  Scalia concurs in Doe, making a philosophical point about anonymity in America:

“Requiring people to stand up in public for their political acts fosters civic courage, without which democracy is doomed.  For my part, I do not look forward to a society which, thanks to the Supreme Court, campaigns anonymously (McIntyre) and even exercises the direct democracy of initiative and referendum hidden from public scrutiny and protected from the accountability of criticism.  This does not resemble the Home of the Brave.”

The Supreme Court cases looking at speech often step back and ask, “Who does this speech offend” or “victimize”?  Let’s do that practice here.  Many Redditors are saying you can’t compare the two alleged victims, Brusch and the unknowing subjects of the r/creepshots photos.  They argue that Brusch, the publicly outed (or “doxxed,” in hackerspeak) Reddit moderator is the real victim: he has since lost his job in addition to the public shaming.  On the other hand, let’s also take a look at one of the hypothetical, unidentified female victims of r/creepshots—after all, she’s been outed too.  We (the internet collective) might not know her name, but we do have her compromising photo.  Maybe she, too, was fired—in this case, for a seemingly promiscuous photo taken without her consent.  Do we care that becoming involuntary masturbation material for creepy guys is now a part of her destiny forever?  (As we all know: the internet never forgets).

Reddit, as a private organization, can obviously do whatever it wants—but its user base wants to take free speech as far as the U.S. government allows.

Why should Reddit protect the internet’s cowards?  I agree that political dissidents from other countries need protection, and Reddit could be a vessel for that.  I also believe that the internet is a powerful anonymous outlet for those questioning their sexuality, as anonymity enables many to discuss predicaments without fear of rejection from judgmental families and communities.

While it might be tough for the Supreme Court to find a workable distinction, I think Redditors can—they just overwhelmingly don’t want to.  Redditors point to the blog People of Walmart to argue r/creepshots photos are no different: in neither case has the anonymous poster obtained the photographed person’s consent.  But pointing to someone else’s equally deplorable behavior only dodges the question.  Reddit is hosting these subreddits, financially backing them by powering the servers that keep these subreddits readily accessible.

Can Reddit make a meaningful distinction that would protect the noble anonymous (political dissidents and bullied LGBTQ teens) from the shameful anonymous (Brusch and bullies themselves)?  Could Reddit functionally distinguish some content from others by banning certain subreddits?  What criteria could it use?

I propose Reddit prevent the desire to “out” certain users by banning certain content.  Chen outed Brusch because he was engaged in objectively outrageous and deplorable behavior—behavior I don’t think is that hard to define.  Reddit should turn towards the Fourteenth Amendment, establishing free speech parameters that protect against hate speech targeting the LGBTQ community in addition to the Supreme Court-acknowledged protected classes: race, color, religion, national origin, age, sex, and disabled status.  Every subreddit Brusch moderated contained content valuing discrimination of these protected classes.

Reddit could have more success and more users if it establishes itself as an internet safe zone instead of an enabler of cowardly hate speech.  After all, fortune favors the brave.