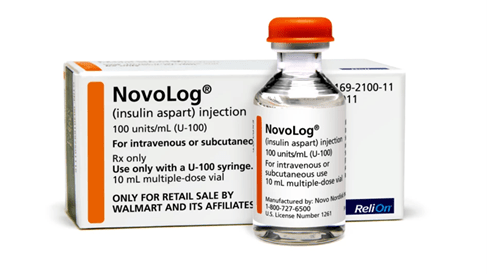 Over the last two decades, insulin prices have skyrocketed in the United States. Back in 1999, a single vial of Humalog cost $21. By 2019 the very same vial of Humalog costs $332. According to Vox, the average price for four of the most commonly used types of insulin has tripled. For the most popular insulin, Humulin, an average month’s supply used to cost $258 in 2010. By 2015 an average month’s supply of Humulin soared to nearly $1,100.

Although one might assume that these price changes occurred normally as a result of inflation, that is not the case. The price of insulin has outpaced the rate of inflation. What is more, the cost of insulin in the United States is five to ten times higher than it is in other countries.

So why have insulin prices risen at such a staggering rate? The answer is rent seeking. American drug manufacturers have raised prices in order to extract further profits from insulin formulations that have not been improved in decades. They have also raised prices on newer, improved insulin formulations at rates that do not correspond to their production costs or their increased efficacy. Moreover, manufacturers have raised prices at rates that greatly exceed research and development as well as advertising costs. At the same time, intermediaries – such as pharmacy benefit managers, drugstores, wholesalers and healthcare insurers – have increased re-sale prices irrespective of their business expenditures.

Unable to afford the rising costs, a significant number of Americans have been forced to ration their insulin. According to one study, twenty five percent of diabetics in the United States have skipped injections to conserve their supplies. And “nearly one-third of [diabetics]” in the United States have forgone doctor appointments to save money for insulin. Those who are forced to ration their insulin are “3 times more likely to have poor glycemic control.” What’s worse is that skipping insulin injections can lead to further medical complications and death.

In response, the Trump administration attempted to combat the excessive pricing. After a series of negotiations, the Centers for Medicare & Medicaid Services reached an agreement with insulin manufacturers and insurance companies. In return for slightly higher premiums  –  approximately $17 more per month – Medicare participants would only have to pay a “$35 copay for a month’s supply of insulin.” This policy change benefited the more than 3 million Medicare participants who take insulin. However, millions of Americans who are not on Medicare continue to face unreasonably high insulin prices.

In the face of this crisis, the United States should place further price controls on the sale of insulin. In the following paragraphs, this article will analyze various ways in which the United States could implement this policy. These include: a congressional cap on copays for those with private insurance; a congressional cap on all insulin purchases; and state-based price controls.

Critics of this policy alternative are concerned that capping copays will lead to higher premiums. Such concerns are not without reason. When the Trump administration capped copays for Medicare participants, Medicare premiums did increase. However, the copay cap resulted in net cost savings, as the copay reductions outweighed the premium hikes.

The political feasibility of capping copays for those with private insurance is mixed. While the House of Representatives recently approved a bill that would cap copays at $35 per 30-day supply, Senator Joe Manchin (D-W.Va.) blocked its passage in the Senate. Currently, Senate Majority Leader Chuck Schumer (D-N.Y.) and other Senate Democrats are trying to garner bipartisan support for the measure. Senate Majority Leader Schumer hopes to hold another vote on the measure in March. If Congress passed a cap on copays for the privately insured, President Biden has indicated that he would sign the legislation into law.

As another option, Congress could cap the price of all insulin purchases. This could be achieved in one of two ways. Congress could either cap copays for everyone – the privately insured, the uninsured, those on Medicaid, those on Medicare and veterans receiving healthcare through the VA – or they could cap the manufacturer and retail prices directly. The benefit of this policy alternative is that it would help every insulin consumer, regardless of their healthcare coverage. It would also make prices equitable for all consumers. However, it is highly unlikely that Congress would pass such a measure. Especially when the paired down version of this alternative is facing such stiff resistance.

Alternatively, state governments could enact their own price controls. While the other two policy alternatives would require federal action, state price controls would only require legislation by the state governments. As of 2021, fifteen states have already enacted their own caps on the sale of insulin. Colorado, Delaware, Illinois, Maine, New York, Vermont, Washington and West Virginia have capped insulin copays at $100 per 30-day supply for those with private insurance. Likewise, New Mexico has established a cap for only the privately insured. However, New Mexico’s cap is remarkably low: $25 for a 30-day supply. Minnesota has capped insulin copays at the incredibly low rate of $50 per 90-day supply. Yet, they have applied their cap to the uninsured and insured. Similarly, Utah has set a copay cap of $30 per 30-day supply for those with and without private insurance. Texas, Connecticut, New Hampshire and Virginia have also passed their own insulin price controls.

The greatest attribute of this policy alternative is its political feasibility. While congressional action is fraught with political gridlock, the state governments have been far more willing – in Republican-controlled, Democratic-controlled and politically divided states – to cap the price of insulin. Efforts are already underway in twenty-two other states to enact insulin price controls. However, one problem with this policy alternative is that it promotes inequity across state lines. Moreover, most state programs only cap copays for those that already have insurance. As a result, those without insurance are left behind, forced to continue paying exorbitant prices. State caps would also only apply to private plans, since “states can’t regulate prices set by federal plans.” Having more state caps would be better than the status-quo, but it would not be a panacea.

Acknowledgements: The author would like to thank Professor Jeffrey Rachlinski for his guidance and insights.

About the Author: Sam Zarkower is a second-year law student at Cornell Law School. He is from Rye Brook, NY and graduated from Dartmouth College with a Bachelor of Arts in Government and Classical Studies with a Minor in Public Policy.