Imagine having someone show up unannounced at your home and work demanding sex from you.

Now imagine it happening over 1,400 times.

For Matthew Herrick, no imagination is necessary—he lived it. Over the course of a year, an ex-boyfriend used the dating app Grindr to impersonate Herrick and advertise sexual meetups, post crude photos, and share pinpointed locations allowing hundreds of different men to harass Herrick and demand sex from him at his home and work. When Herrick refused, many of the men threatened violence. Herrick filed multiple complaints with Grindr, but it did little to take down the fake profiles or prevent Herrick’s ex-boyfriend from using its service. Fearing his life, Herrick filed a lawsuit against the app.

In Herrick v. Grindr, LLC, Herrick alleged, among other things, that Grindr was negligent and should be held accountable for ignoring Herrick’s complaints and allowing its defective platform to be used in a way that placed Herrick in danger. However, Grindr claimed that it had immunity under Section 230 of the Communications Decency Act (“Section 230”), specifically the “Good Samaritan” subsection (47 U.S.C. § 230(c)). The Good Samaritan clause deems that “interactive computer services” (“ICS”) cannot be treated as the publisher or speaker of information posted online by a third party. Originally, Congress enacted the law in 1996 to promote free speech and to prevent online forums from being sued under publisher liability. The general idea behind the statute was that such immunity would incentivize ICSs to remove offensive or harmful content through self-regulation. Congress feared that continuous and never-ending lawsuits against ICSs would prevent the free flow of information and expressive speech online because ICSs would begin to censor all speech or, even worse, shut down completely.

In anticipating Grindr’s defense, Herrick’s attorney sued under theories unrelated to publication torts. She framed the arguments to hold Grindr liable for allowing the harassment of Herrick to continue for months after it became aware of life-threatening circumstances as opposed to treating Grindr as the publisher of Herrick’s ex-boyfriend’s posts. The Southern District of New York (with the Second Circuit Court of Appeals later affirming) ruled in Grindr’s favor, however, and dismissed Herrick’s case as a matter of law.

When Herrick petitioned the Supreme Court for certiorari in August 2019, he asked the Court to answer the following questions: (1) whether Section 230 bars well-pleaded causes of action for non publication torts and (2) whether invocation of Section 230 is an affirmative defense and, therefore, inappropriate for resolution at the motion to dismiss stage? As a response, Grindr waived their right to file a reply, relying solely on the logic put forth in the Second Circuit opinion. The Court denied Herrick’s petition for certiorari on October 7. The denial marks the latest in a string of cases where the Supreme Court has declined to clearly define the scope of Section 230. In taking this approach, the Court continues to allow ICSs—all of them, not just the “Good Samaritans”—to reap the rewards of immunity while innocent people like Herrick fight to survive.

Regardless of the congressional intent behind Section 230, the internet landscape that prevailed at the time of Section 230’s enactment has morphed drastically. In 1996, the internet consisted largely of harmless news sources and bulletins. In fact, common staples such as Google did not even exist in 1996, and the same went for other popular websites like Facebook (2003), YouTube (2005), Reddit (2005), and Twitter (2006). Grindr itself was not conceived until 2009 but now hosts over four million users worldwide.

Proponents of Section 230 claim that attacks like Herrick’s, while severe, are too rare to warrant opening ICSs up to litigation. But this outlook is too narrow-sighted. As it stands today, Section 230 and case law do little to incentivize ICSs to remove harmful content posted by a third-party. A simple cost-benefit analysis informs us that spending time, energy, and money removing harmful third-party content makes no economic sense if liability is virtually impossible—ICSs that refuse to self-regulate are protected just as much as the Good Samaritans the statute was designed to protect. Such a policy led to the creation of websites like IsAnyoneUp.com—the infamous revenge porn website that allowed users to post nonconsensual nude or explicit photos of another person (often accompanied with their personal information)—created and operated by Hunter Moore. Moore used Section 230 as a shield to avoid removing embarrassing content when requested by a harmed party, reportedly responding to cease-and-desist letters with internet chat-speak like “LOL.” Moore made hundreds of thousands of dollars from IsAnyoneUp before being arrested by the FBI for hacking-related charges, but only after the daughter of a celebrity had her topless photo posted on the site.

Without question, a Herrick-friendly Supreme Court decision would have caused some disruption within big tech companies. In particular, many companies would have been forced to spend more resources adjudicating legitimate requests for content removal from those paltrily filed. However, most of the fears associated with Section 230 modification or reversal are irrational. Other statutes—for instance, the Digital Millennium Copyright Act (“DMCA”)—allow for individuals to sue ICSs if they fail to take down content that infringes on a copyright. As others note, the DMCA can act as a guide for Section 230 because it follows a notice-and-takedown procedure where complainants sign, under penalty of perjury, a statement claiming a right to the content. Following this, the content is removed, at which point the third-party provider is then given the opportunity to sign, under penalty of perjury, a counterclaim. Then the original complainant has a limitation period in which to file a lawsuit against the third-party in court. Such a system could function similarly in the context of content posted by third-parties. In this framework, ICSs are provided with “safe harbors” that offer them some protection but not virtually absolute immunity. Under this system, companies like Grindr actually have an incentive to remove harmful content at the request of a victim while still retaining some of the original protection afforded by Section 230. One scholar has added to the traditional notice-and-takedown procedure by suggesting all complainants put forth a monetary amount—for instance, $500—that, depending on the system’s structure, can be returned to the complainant upon a showing that the third-party’s content did indeed cause her harm. By doing this, complainants risk a significant sum of money if they file claims lacking merit, which makes the likelihood of false claims decrease.

Yet, the simplest and most workable solution to the breadth of Section 230 would be to revert to a version that mimics the common law framework. At common law, content providers could be held liable in defamation suits either as a publisher or a distributor: publishers were those entities that actually communicated the message in controversy while distributors merely acted as a medium for disseminating the true publisher’s content. Traditionally, courts held publishers strictly liable whereas distributors were only liable if they knew of their product’s harmful nature. In a modern take to the common law approach, ICSs like Grindr would be held to a distributor standard unless they themselves actually posted the content. Many have argued that abolishing Section 230 and reverting to the common law standard would encourage ICSs to remain intentionally unaware of all potentially harmful content for fear of being liable as a distributor later on. However, one critic of Section 230 notes that in a modified common law approach, courts would hold ICSs to a “reasonable ICS” standard to “preclude liability for those entities which, under the circumstances, were not required to know, nor could reasonably have known, of the defamatory content. This method would still require the plaintiff to meet the burden of proof by establishing, beyond the preponderance of the evidence, that the ICS had sufficient control over and/or knowledge of the defamatory content.

At the end of the day, we are all one bad relationship away from a jealousy-induced catastrophe. Despite the internet’s ability to rapidly and incessantly disseminate positive information and ideas, the domain it provides to companies should not prevent those entities from being held liable for the role they play in the damage to someone’s life. While the Supreme Court’s failure to tackle Section 230 head-on remains concerning, the fight to modify or overturn Section 230 will continue. Herrick’s attorney, Carrie Goldberg intends to rectify the injustice of Section 230 immunity by holding Congress accountable and continuing to advocate for Section 230’s victims (Goldberg was, after all, instrumental in the passage of New York’s revenge porn law earlier this year after big tech companies halted the law’s passage in 2018). And soon, with enough noise, Congress and the Supreme Court will have no choice but to listen. 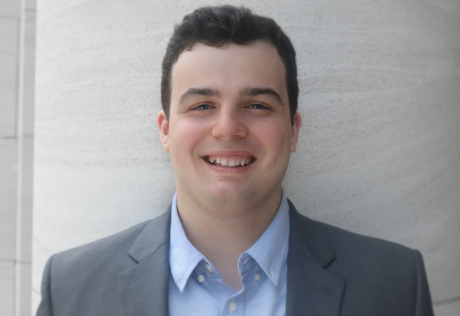 Thomas Shannan is a J.D. candidate for the Cornell Law School class of 2021. He earned his B.S. in Child Psychology and English Literature from Vanderbilt University in 2017. In addition to writing for The Issue Spotter, Thomas serves as an associate for the Capital Punishment and Criminal Defense Trial Clinics, an Honors Fellow for the first-year lawyering program, and the Secretary of the Public Interest Law Union. His interests include internet privacy, juvenile justice, and criminal defense. Outside of law school, Thomas enjoys playing squash with his friends and being ignored by his cat, Ellie.