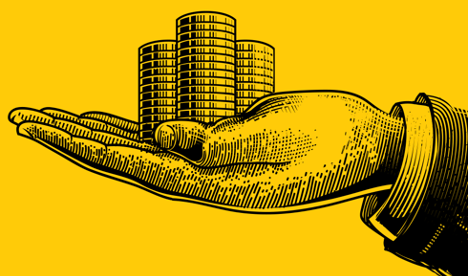 The phenomenon of punishing the victim is unfortunately a familiar one. Too often, a person in need of protection discovers that those whose ostensible task it is to assist not only do not offer the necessary protection but in fact exacerbate the harm. Here is a current example.

Section 162(m) of the Internal Revenue Code provides that a publicly held corporation may not deduct compensation in excess of $1,000,000 paid to its principal executive office, its principal financial officer, or any of its three other most highly compensated employees (if the compensation paid to that employee is required to be reported to its shareholders under the Securities Exchange Act of 1934). Until 2017, IRC §162(m) was fairly easy to avoid as it did not apply to performance-based compensation: bonuses, stock options, and so forth. However, the 2017 Tax Cuts and Jobs Act eliminated this escape route. Today, regardless of how the compensation package is structured, the corporation can deduct a maximum of $1,000,000 for each of its covered employees.

Underlying IRC §162(m) is the concern that the entrenched power of corporate management and the lack of effective oversight foster excessive executive compensation. The issue addressed by this provision is not one of distributive justice (social inequality, the wealth gap, and, in general, the distribution of wealth in society). Note, for example, that the provision does not apply to executives of closely held corporations or to athletes, entertainers, or other professionals, any of whose earnings may be many times the §162(m) ceiling. Rather, the concern is one of commutative justice (fair dealing, fulfilling obligations, and respecting property and other rights). The argument is that structural problems inherent in corporate governance result in publicly held corporations paying their top executives more than the fair market value of the services that those executives provide. If this claim is accurate—and for the purposes of this post I will assume that it is—then the excessive salaries paid to corporate executives is indeed a matter of public concern that deserves serious legislative and regulatory attention.

The victims of this alleged malfeasance are the corporation’s shareholders. Salaries paid to executives reduce earnings available for distribution to shareholders and, presumably, reduce the value of the shares that they own. The overpayment of executives is effectively a misappropriation of money beneficially owned by shareholders by those who have the power to manage that money.

The phenomenon of excessive executive compensation is thus a manifestation of a classic agency problem. Although corporate managers owe a fiduciary duty to the corporation and its shareholders, they may renege on that obligation when their own interests conflict with the interests that they are duty-bound to promote. Appropriate responses to this problem could include: (a) guaranteeing the independence of directors who approve executive compensation, (b) providing remedies to shareholders to redress the wrongdoing, e.g., by making it easier for them to pursue a derivative action against managers for restitution of ill-gotten gain or against members of corporate boards for approving excessive compensation for the corporation’s executives, or (c) empowering an administrative agency such as the Security and Exchange Commission to regulate executive pay. If Congress were of the opinion that any compensation over $1,000,000 is per se excessive, it could impose a salary cap and prohibit, under threat of criminal or civil sanctions, the payment or receipt of compensation exceeding that amount. My purpose here is not to provide an exhaustive limit of remedies to the problem of corporate governance in general or of excessive executive compensation in particular. Nor is my purpose to evaluate the efficacy or the constitutionality of any of these proposed alternatives, but rather merely to indicate what sort of responses might be appropriate. The narrow focus of this post is IRC §162(m). The question that I want to examine is whether denying a deduction for compensation presumed to be excessive is an appropriate response.

The irony is even more pronounced when one considers that the primary, fundamental, and most uncontroversial function of government is to protect the life, liberty, and property of its citizens. When corporate executives are able to exploit a weakness in the regulatory framework to take from shareholders more than their due, it is arguable that the government has failed to provide shareholders with the protection that they deserve. Under IRC §162(m), shareholders are essentially paying the government a fine for the government’s failure to protect them.

Could it be argued that excessive executive compensation is a social bad and the imposing a tax penalty on shareholders is a legitimate means of pressuring them to use their power to limit the phenomenon?  Such an argument is bound to fail. First, the premise of IRC §162(m) is that shareholders have little say in the management of the corporation even when management prefers its own interests to those of shareholders. If, in the example cited above, shareholders are helpless to prevent managers from taking $9,000,000 that they do not deserve, it is difficult to imagine that they can somehow muster the power to do so just because the $9,000,000 is not deductible.

Second, and more importantly, excessive executive compensation is not a social bad in the sense that society as a whole is affected. For those who are not shareholders of the corporation, it is a matter of indifference whether managers take from shareholders more than they are entitled to receive. Even when shares are widely distributed so that a large number of people own shares (either directly or indirectly via pension funds, mutual funds, and so forth), they are affected in their capacity as shareholders, not as members of an amorphous public. Imagine asking shareholders whether, on the assumption that executives are in fact overpaid, they would prefer that the corporation in which they own shares be permitted or prohibited from deducting the full amount of the salaries. It is difficult to imagine a rational shareholder who understood the ramifications of the options expressing support for denying the deduction. It makes little sense for the government to charge them what is effectively a fine for being victimized.

For all that, IRC §162(m) does have redeeming literary value. Its vivid demonstration of oppressive rules with no fathomable justification or of programs that achieve the exact opposite of their stated objective is reminiscent of some of the greatest twentieth century writers: Franz Kafka (The Trial) and George Orwell (“War is peace. Freedom is slavery. Ignorance is strength.”) come immediately to mind. However, it hardly represents rational tax policy.

About the Author: David Elkins is a professor at the Netanya College School of Law in Israel and is currently a visiting Professor at the Cornell Law School. He has served as a visiting professor at the SMU Dedman School of Law and Tulane Law School and a visiting senior research fellow at the Singapore Management University. In recent years, his research has focused on a critical examination of the principles underlying international taxation. He has also explored the interplay between social and moral philosophy and tax law, with particular emphasis on the writings of John Rawls.