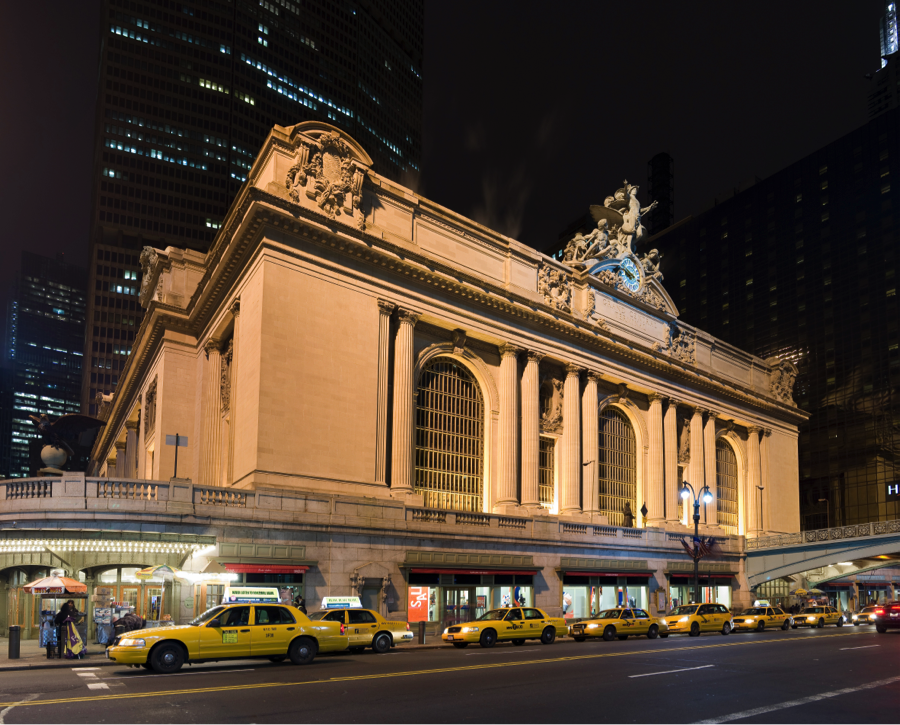 What happens when New York City throws a landmark Supreme Court decision out the window? A $1.1 billion lawsuit.

On September 28, 2015, the owner of Grand Central filed suit against New York City for allegedly taking $475 million in property rights preserved from Penn Central v. New York City and giving them away for free to the city’s largest landlord.

For those who have not read the legendary Penn Central case, here is what happened: New York City’s Grand Central Terminal was designated a historic landmark in 1967, which completely foreclosed its owner’s plans to construct an office tower above the terminal. The owner, Penn Central, filed suit against the city alleging an unconstitutional regulatory taking.

At issue in the case was the city’s power to take private property for public uses. In what is known as the “Takings Clause,” the Constitution of the United States provides that “private property shall not be taken for public use without just compensation.” Penn Central argued that by restricting the vertical development of their property, the city had taken valuable “air rights,” thus the city was required to compensate Penn Central. The case ultimately went to the Supreme Court where the Court allowed the city’s restrictive regulations on the basis that Penn Station received adequate compensation in the form of transferable development rights (“TDRs”). The TDRs allowed Penn Central to transfer unused development rights to adjacent properties, thereby providing a marketable asset in place of monetary compensation.

According to the lawsuit’s complaint, when Andrew Penson’s company (“Midtown”) purchased Grand Central in 2006, the TDRs were worth $475 million—over 85 percent of the property’s sale value. Midtown’s investment-backed expectation was to be able to sell the TDRs to the developers of adjacent property. Sure enough, when SL Green—the largest commercial landlord in New York—purchased 1.2 million square feet of property adjacent to Grand Central in 2011with plans for development, Midtown entered into negotiations with SL Green for the sale of TDRs.

Then things went wrong for Midtown. After allegedly confidential meetings between SL Green and the de Blasio administration, the city passed a resolution rezoning the area around Grand Central Station on May 27, 2015. Prior to the rezoning, SL Green would have had to purchase Grand Central’s TDRs to develop the area as planned. However, the rezoning waived the requirment—effectively making the TDRs worthless. Essentially, Midtown’s complaint alleges that the city’s rezoning took “the entire value of the Grand Central TDRs and transferred over $475 million of that value to SL Green, for no purpose other than to reduce SL Green’s costs and increase its profits in constructing an office tower that it was going to build anyway.” This supports the contention, as Harvard law professor Lawrence Tribe testified, that the rezoning amounts “to an unconstitutional taking.”

Indeed, the entire Penn Central decision was predicated on the marketable value of the TDRs. Now, the rezoning has effectively eliminated that value, reducing the “just compensation” to nothing and eliminating 85 percent of the property’s value.

As another Supreme Court case noted, if property regulations go “too far,” they can amount to a taking. Whether a regulation goes “too far” often depends on what exactly was taken in proportion to the entire property’s value (see Lucas v. South Carolina Coastal Council, citing Keystone Bituminous Coal Assn. v. DeBenedictis). In this case, 85 percent is a very significant proportion of the property’s value. It matters especially because it represents a 100 percent loss of the owner’s investment-backed expectations. Penn Central itself established the right to those expectations, and Lucas affirmed that a regulation cannot deprive an owner of the right to earn a reasonable return on the investment in the property.

However, the bottom line may be one of fairness. According to the Supreme Court, the purpose of the Takings Clause is to prevent the government from “forcing some people alone to bear public burdens which, in all fairness and justice, should be borne by the public as a whole.” The complaint asks whether it is fair for the city to transfer the value of Midtown’s TDRs to SL Green for free, offering a huge windfall while forcing Midtown to bear an 85 percent loss, representing hundreds of millions of dollars.

Unfortunately for Midtown, while fairness is always cited by courts, it’s not a factor that has won cases in the past. Instead, benefits to public use and economic development often trump equitable arguments. In this battle, Midtown faces SL Green’s promise of $220 million worth of improvements to public transportation in the area.

While it is unclear how the court will decide, it is clear that the controversy surrounding Penn Central is back—and Property professors might need to update their casebooks accordingly.