The first several years of the Trump Administration have proven to be a renaissance for national security law.  Aside from the obvious headline grabbers—the Travel Ban, the emergency declaration, and, of course, the Mueller Investigation—there have been several important lower federal court decisions.  These decisions are significant in that they are some of the first to deal with the ontology of different national security rules and doctrines.  One of my old professors once blogged that “[o]ntology is a fancy word for the nature of a thing.”  By that he meant that ontology, at least in the legal context, helps explain what the source of a legal rule is—whether it is a constitutional rule, a rule of federal common law, or is derived from a statute—to better understand its characteristics.  The ontology of different legal rules is especially important where those rules impact the separation of powers.  That’s because the source of a legal rule establishes the role of each branch.  For example, scholars have focused on the ontology of the Miranda warnings and the substantive canons of construction (rules like the rule of lenity that guide judges in interpreting statutes according to some policy).  If Miranda is a constitutional requirement, Congress cannot abrogate it.  If, however, Miranda announced a rule of federal common law, Congress could replace it.  This issue came before the Supreme Court in United States v. Dickerson.

Take, for example, the state secrets privilege.  Since the 9/11 Terrorist Attacks, the Executive has used the privilege to shield sensitive information from discovery and, in some cases, to dismiss suits altogether on national security grounds.  The colloquial use of the term “state secrets privilege” usually conflates two different doctrines: the non-justiciability of cases that turn on state secrets (the so-called “Totten bar”) and the privilege that allows the government to exclude sensitive information from the discovery process.

The “Totten bar” appeared in 1876, when the Supreme Court dismissed William Alvin Lloyd’s attempt to enforce a supposed oral contract against the long-dead President Lincoln.  Lloyd claimed that he served as a spy for the Union in exchange for a sum of money that Lincoln promised him after the war’s end.  The Supreme Court dismissed the case in an unusually short opinion, reasoning that the case could not proceed to the merits because it turned on a state secret—the Union’s clandestine activities during war time.  After 9/11, the Totten bar was used to dismiss cases relating to warrantless wiretapping and the government’s “extraordinary rendition” program (discussed at length by Amanda Frost here).

The latter exclusionary doctrine has been in use since the mid-twentieth century.  Starting with a case called United States v. Reynolds in 1953, the federal judiciary recognized a privilege that the Executive has used to protect sensitive information from the discovery process.  Unlike the Totten bar, cases could still proceed to the merits under the Reynolds rule.  Plaintiffs just do not have the benefit of using the privileged documents (a practical bar to relief in cases turning on classified programs).

While the use of the state secret’s privilege became something of a cause célèbre in the mid-2000s (one study found that 120 law review articles were written about the privilege between 2001 and 2010), heightened scholarly interest has done little to explain the privilege’s ontology.  Neither Totten nor Reynolds contemplated that the two doctrines emanated from the Constitution.  Nonetheless, the Executive has asserted at times that these doctrines flow from the President’s Article II authority.  Federal courts have largely avoided this question, even though the War on Terror has elevated the importance of the privilege.  Even when Congress sought to codify and regulate the privilege towards the end of the Bush Administration, they were operating under the assumption that the privilege was a rule of evidence or federal common law, and not a constitutional requirement.

A recent decision out of the Ninth Circuit has shed some light on the ontology of the Reynolds privilege.  In Fazaga v. Bush, a three-judge panel of the Ninth Circuit ruled that the Reynolds privilege was inapplicable within a specific context—when plaintiffs bring suits predicated on Section 110 of the Foreign Intelligence Surveillance Act (FISA).  Section 110 of FISA allows plaintiffs to remedy the use of electronic surveillance by law enforcement that did not go through the proper FISA procedures (FISA establishes a special court, the United States Foreign Intelligence Surveillance Court, which reviews agencies’ requests for surveillance warrants).  The case has been litigated by the ACLU and was brought by three Muslim-Americans from California.  The plaintiffs allege that the FBI paid a confidential informant to conduct a surveillance program against them because of their faith.  District Judge Corman Carney allowed the government to assert the Reynold privilege in 2012.  On appeal, the ACLU argued (1) that the Reynolds privilege is federal common law that has (2) been abrogated by Congress within the context of Section 110 of FISA.

In a long-awaited opinion, Judge Marshal Berzon wrote the opinion of the panel and found that FISA abrogated the Reynolds privilege.  The threshold question was whether the state secrets privilege is a rule of federal common law.  Federal common law rules can be abrogated by Congress at will.  Constitutional requirements, however, are usually inviolable.  This ontological distinction has been a looming issue in many areas of the law.  Some scholars have argued for the middle path of constitutional default rules, rules that flow from the constitution but which can still be altered if Congress acts.  This conception, almost synonymous with the concept of constitutional common law, is very controversial.

Instead of arguing that the privilege is a constitutional rule—that it flows from Article II—the government argued that it was a rule that could only be changed by Congress with a clear statement.  The government argued that because the plaintiffs’ reading of FISA would alter the power between Congress and the Executive, the Ninth Circuit should follow the lead of other circuits and require a clear statement from Congress.  Think of this argument as a relative of constitutional avoidance.  Instead of arguing that the privilege is a constitutional rule (a tough sell given that few cases have suggested as much), the government argued that the abrogation of the privilege would alter the separation of powers status quo, and should therefore require a higher level of congressional clarity.  Judge Berzon was very skeptical of this clear statement rule, which has never been adopted by the Ninth Circuit.

In the subsequent portions of the opinion, Judge Berzon—rightly in my view—concludes that although the privilege has constitutional “overtones,” it is only a common law doctrine.  Notably, in dicta, Judge Berzon also indicated that the Totten bar is also a rule of federal common law.  Both conclusions are likely correct.  No court has done the ideological leg work of connecting Article II of the Constitution and the privilege.  The privilege’s roots are in English common law (See Chesney at 1273).  It did not appear in American treatises until well-after the ratification of the Constitution.  For originalists, there’s very little reason to believe that the privilege is a constitutional requirement.

Nonetheless, Judge Berzon’s reasoning does leave some questions in the air.  If the Totten bar is a rule of evidence, from where does the federal judiciary obtain the power to dismiss cases turning on national security?  Such a power clearly runs afoul of the Blackstonian principle that “for every right, there is a remedy.”  Where constitutional injuries are being alleged, it is hard to justify the state secrets privilege as a judicially self-imposed rule.  Despite past administrations’ efforts to reform the triggering of the state secrets privilege, it’s unclear whether its use in constitutional cases is justifiable.

The Ninth Circuit’s decision creates a minor circuit split as to whether the state secrets privilege is a constitutional rule.  Even if the case is not reviewed en banc or by the Supreme Court, the case will have lasting significance if Congress ever attempts to regulate the privilege (as it did in the lead up to the 2008 election).  If Judge Berzon is correct, then the privilege can be regulated by Congress or outright eliminated.  If Berzon is wrong, then any statutes limiting the privilege would violate the Constitution.  Right now, the assertion of the state secrets privilege is regulated by self-imposed regulations laid down in the Obama Administration.  With Democrats focused on codifying Executive norms, they may take inspiration from Judge Berzon and impose restrictions on the privilege—if they return to power in 2020.  But Congress will be operating against a background uncertainty on the state secrets question—and in many other areas of national security law—unless other courts start taking the ontology of different rules seriously. 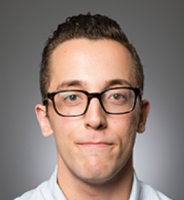 Beau Baumann is a third-year at Cornell Law School.  He hails from Texas and enjoys writing pieces on Administrative Law and National Security Law.  His note, Clowning Around With Final Agency Action (SSRN), is being published by JLPP later this year.