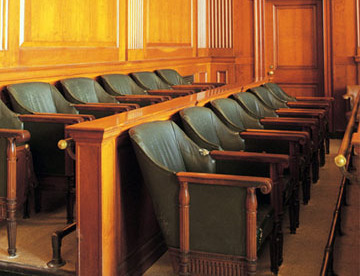 Valerie Hans, Professor of Law at Cornell, is the author or editor of six books and approximately 100 articles. Professor Hans was originally trained as a social scientist at the University of Toronto where she received her PhD in 1978. Today she conducts empirical studies of law and is one of the country’s leading authorities on the jury system. In this post, Professor Hans discusses the importance of jury representativeness and how even with some of the best practices in the country, some New York counties have a wide discrepancy between the racial makeup of their communities and the racial makeup of those who actually serve on the jury. Professor Hans also analyzes two reports that offer evidence that New York has made great strides in increasing jury representation but that the state still falls short of reflecting New York’s diverse population. 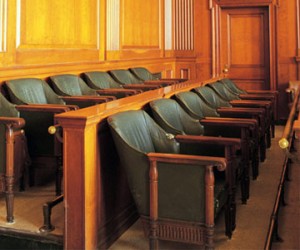 As a jury researcher, I hear a lot of jokes about how to get out of jury duty. But two recent reports from New York State’s court system indicate that who’s serving and not serving on juries is no laughing matter. Two reports, the First Annual Report Pursuant to Section 528 of the Judiciary Law and Jury Representativeness: A Demographic Study of Juror Qualification and Summoning in Monroe County, offer new evidence of the ways in which juries in the state fall short of reflecting New York’s diverse population.[1]

The Importance of Jury Representativeness

The principle that juries should be representative of the community is a sound one. Although there is no right to a petit jury that fully reflects the community, juries must be selected from a group that is a fair cross-section of the community, a principle upheld by the U.S. Supreme Court as “fundamental to the American system of justice.” Taylor v. Louisiana, 419 U.S. 522, 528-30 (1975). It is fundamental for good reasons: (1) Juries that include the full range of a community’s life experiences and social, economic, and political perspectives are better at fact finding and at incorporating community values; and (2) a representative jury is more likely to be seen as a legitimate decision maker by the community.

Recognizing its importance, New York and many other states and the federal government have made tremendous strides over the last few decades in increasing the representativeness of their jury pools. In the past, New York used a permanent list from which it drew potential jurors, updated it only infrequently, allowed a large number of exemptions from jury duty, sequestered juries during deliberations – in short, raised many obstacles to full participation. New York then introduced several changes including a one-day/one trial system where trial jurors appear for one day or for the duration of one trial to lessen the burden on individuals. The state eliminated exemptions so jury service would be spread more fairly. It also adopted a system that combines information from five different lists of state residents to create its master list, which is regularly updated. All these changes – recommended as ideal practices by the American Bar Association and the National Center for State Courts – should in theory produce representative cross-sections of the community.

Even so, New York community groups and lawyers representing minority clients have complained that jury pools still fall short of reflecting a fair cross-section the community. I joined several attorneys, state court officials, and community representatives to testify about the jury representativeness issue at a Public Hearing on Jury Diversity, held by the Assembly Standing Committee on Judiciary and Codes on April 30, 2009. To explore the extent of the problem, the New York legislature mandated in 2009 that prospective jurors who report for jury duty around the state be surveyed about their demographic characteristics.

The new reports give us a comprehensive look, for the first time, at who serves on juries in New York State. One report is statewide; the other is an in-depth look at the different stages of jury selection in upstate Monroe County, where Rochester is located. (I served as a consultant on the Monroe County report). The reports provide some reassurance that many aspects of the system in place are working well, but also offer new evidence that specific groups of citizens are likely underrepresented.

The statewide report compared those who appeared in court and served as trial or grand jurors to available census figures for the 18+ population in all New York counties. This is not a perfect comparison, because New York State jurors must be US citizens and fluent in the English language; furthermore, those convicted of felonies who have not had their rights restored cannot serve. But it is a decent approximation, so long as we are mindful of the limitations. Statewide, there are no strong divergences between the proportions of specific racial and ethnic groups in the population and the proportions reporting for jury duty. For example, statewide, the 2010 census shows 16% identify themselves as of Hispanic origin, compared to 15% Hispanics in the jury pool. In the 2010 census, 15% identify themselves as black, as do 17% in jury pools. But the overall numbers mask some striking differences in specific jurisdictions. In Tompkins County, for example, where Cornell University is located, 83% of the census participants identify as white but 93% of the jury pool is white. In New York County, Hispanics constitute 23% of the census but 18% of the jury pool.

The counties show different patterns of representativeness. Some patterns could be due to jury-eligibility differences across racial and ethnic groups. For example, differences in English language ability or citizenship are particularly likely explanations for at least some of the apparent underrepresentation of Hispanic or Asian groups in some New York counties. But the differences warrant further examination at the county level.

The Monroe County report analyzed the different stages of jury pool selection, comparing census figures with the characteristics of people responding to qualification questionnaires and summonses, requesting excuses, and reporting to jury duty. In Monroe County, jury qualification questionnaires and jury summonses are mailed to a geographic cross‐section of the county, as intended. Gender and Hispanic ethnicity are well‐represented among those who respond. However, while the census figures estimate that blacks are about 12% of the Monroe County jury-eligible population, they constitute 9.7% of those who respond to jury qualification questionnaires, and 7.3% of those who appear for jury service. Why? Although the report cannot identify all the reasons, it shows that mailings to areas of the county with higher proportions of racial and ethnic minorities and poorer residents are more likely to be returned as undeliverable or do not produce responses. Blacks also request and are given temporary hardship excuses from serving, for example, for job or child care reasons, more frequently than members of other racial groups.

Both reports confirm some apparent gaps in representation, and the Monroe County report goes further in identifying the stages in the summoning and jury service system where gaps emerge. These are important first steps, and I applaud New York for taking them, and for committing itself to making annual reports so we can gauge progress.

What should be next on the state’s agenda? Here, New York has fewer immediately obvious options than other states, because it already employs many of the best practices for jury pool selection, like following up with those who don’t respond to initial mailings, using the one day/one trial approach in most counties, and offering automatic one-time postponements.

The statewide report advocates community outreach and that is a good start. Meaningful, substantial outreach could help to identify barriers that members of underrepresented groups experience in receiving and responding to summonses and in serving as jurors. Are the qualification and summoning questionnaires clear and understandable? Are there ways to modify the conditions of jury service, by shifting trial hours, supplementing juror pay, or providing child care, to address the reasons some potential jurors ask for hardship excuses? Could sending additional mailings to zip codes with lower response rates to qualification questionnaires correct the problem of underrepresentation?

Jury service is a form of political participation. In the last few national elections, political activists have gotten creative about using insights from social science to encourage their voters to get to the polls. I would like to see some of that creativity applied to jury selection. Now that we have baseline numbers from these significant reports, New York can pilot test promising reforms and observe whether there are positive effects. Having fully representative juries will help ensure our juries benefit from diverse experiences and perspectives; their verdicts will be more legitimate. So, let’s stop joking about how to get out of jury duty and start working on how to get everyone in!