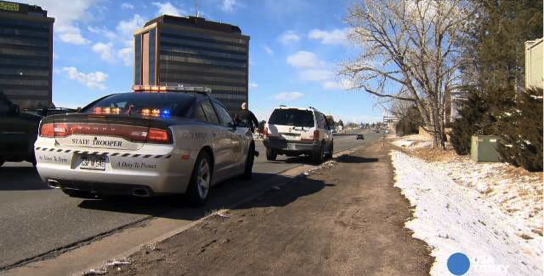 Marijuana- also known as pot, ganja, weed, and cannabis- has been a matter of controversy in the United States for decades. Its proponents have hailed the bud as a wonder plant with dozens of practical applications in fields ranging from medicine to energy. Opponents of marijuana use have been just as virulent in characterizing marijuana as a dangerous gateway drug that corrupts otherwise socially responsible persons. The 1936 film Reefer Madness is considered by many a cult classic goof today, but the movie was a serious depiction of marijuana opposition when it was filmed. In the film innocent youngsters are led to a life of crime after only a few puffs of a joint.

Today, rhetoric surrounding pot has become a bit more realistic, but many of our laws remain rooted in the myth and xenophobia that prompted films like Reefer Madness. The United States continues to expend considerable time and resources to prosecute pot users, despite increasing public support for recreational pot use and the inefficacy of police measures. Though enforcement of marijuana possession costs over 3.6 billion each year, usage did not decrease. In fact, in 2011, arrests for possession surpassed the number of arrests for violent crime. And pot prosecution is unfairly racially skewed. The ACLU found that though usage of marijuana is the same for both whites and blacks, the latter was 3.72 times more likely to be arrested.

While police have clamped down on pot users, public support for ending marijuana prohibition has significantly increased. 58% of Americans favor legalization. 86% of Americans favor medical marijuana. Four states and Washington D.C have passed laws legalizing recreational use of pot. Several others have officially or unofficially decriminalized possession of small amount of marijuana. Everyday, more Americans are adopting the view that marijuana use is less dangerous than alcohol consumption. 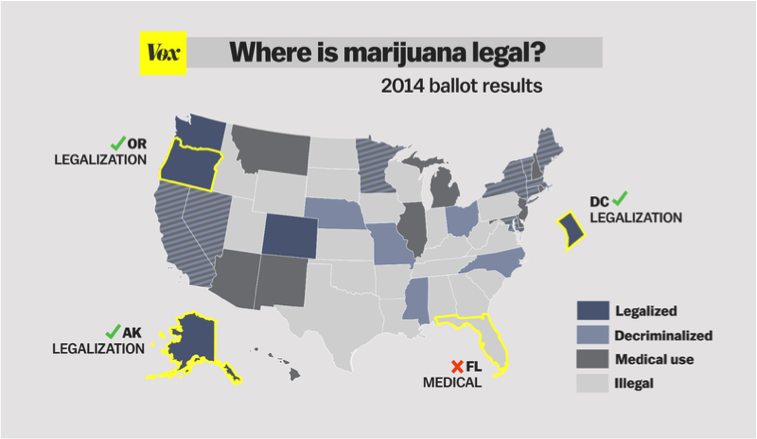 The comparison of marijuana to alcohol highlights one issue that has not been fully explored or resolved. For decades, observers have studied the effects of alcohol on driving. Millions of dollars have gone into developing accurate methods of testing the inebriation of drivers and into educating society of the potential harms of drinking and getting behind the wheel. In 2010, 23 year old Tanya Guevara and her one month old son were involved in fatal car crash with Steven Ryan in Colorado. A year later, a 54 year old woman was killed after her truck was T-Boned by Makia Milton. Both Steven and Makia had inhaled or consumed marijuana before they got in their cars.

In 2010, researchers in an effort to evaluate how marijuana affected drivers of different sexes, assessed the driving performance of participants who had recently inhaled marijuana. The simulation required each participant to drive for fifteen minutes in conditions that would resemble a drive around Iowa City. The researchers found that “under the influence of marijuana, participants decreased their speed and failed to show expected practice effects during a distracted drive.” While no differences were found during the collision avoidance scenarios, the researchers found that tasks which potentially distract drivers, such as talking to passengers or listening to music, may “divide the driver’s attention and are particularly dangerous under the influence of marijuana.”

In 2014 a study conducted by the Center for Injury Epidemiology and Prevention at Columbia University Medical Center showed that the prevalence of marijuana in those who were killed increased from 4.2% in 1999 to 12.2% in 2010. The study, which used data from the Fatality Analysis Reporting System, concluded that the increase was likely due to the decriminalization of marijuana. In California the study found that the presence of marijuana in the blood of drivers involved in fatal crashes increased 196% from pre-implementation to post-implementation of the state’s medical marijuana law. According to Dr. Guohua Li, “if the current trends continue . . . non-alcohol drugs, such as marijuana, will overtake alcohol in traffic fatalities around 2020.”

Other studies have purported to show just the opposite. One recent report on marijuana use while driving in Colorado- where marijuana was recently legalized- stated that pot related driving fatalities have actually decreased since legalization.The study has hypothesized that reduction in fatalities is due to marijuana being substituted for alcohol. While drivers who are intoxicated underestimate their alcohol levels, drive faster and take more risks drivers who are high tend to overcompensate by driving slower.

Much is still unknown about the effect of marijuana legalization on road safety. Washington recently launched a campaign Dive High Get a DUI. This campaign uses humor to educate drivers on the dangers of driving while under the influence of marijuana. In addition, both Washington and Colorado have attempted to address road safety by establishing a THC limit of 5 nanograms per milliliter of blood. However studies have indicated that this limit has not necessarily improved roadway safety. Allen St. Pierre, executive director of the National Organization for the Reform of Marijuana Laws has called this limit arbitrary. He has said “measuring five nanograms does not measure impairment. You can have individuals who have stopped using marijuana two weeks ago, two months ago. In some cases, if they were losing weight, they could still test over 5 nanograms.”

Another problem is identifying intoxicated drivers. Josh Lewis, public information officer for the Colorado State Patrol claimed that officers are equipped to identify drivers who are high. Tell-tale signs which officers look for include blood shot eyes, slow response and marijuana odors. A driver who is suspected of being high will then be asked to take a roadside sobriety test. If the driver fails or refuses to take a sobriety test the officer can perform a voluntary blood test. According to an Injury Epidemiology study, there is no current standard method that is akin to the Breathalyzer test used for alcohol intoxication. Testing of oral fluids, while promising, is still largely unreliable.

Police officers will need new tools in states that have legalized marijuana use, and as public attitudes increasingly shift to pro-legalization law enforcement officials may need to reorient their entire stance towards pot users. Even with all these new developments in marijuana regulation, the public needs to be aware of the potential dangers pot poses- as in the case of intoxicated drivers.