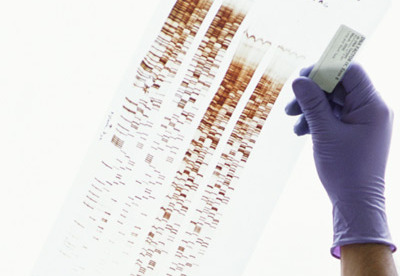 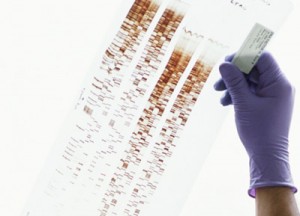 These days, DNA is routinely used in criminal investigations to aid law enforcement in identifying perpetrators of crimes.  While 99% of human DNA is exactly the same for every person, the remaining 1% contains a string of 13 alleles unique to each person—a sort of genetic equivalent of a fingerprint.  A profile of the 13 alleles can be produced from a sample from a suspect or a crime scene and then be stored in an electronic DNA bank.

DNA data banks are searchable electronic databases, which contain profiles of DNA strands.  They are established at the local, state, and federal levels.  The banks are then linked to a searchable nationwide storage database named National DNA Index System (NDIS).  The NDIS can be searched using the Combined DNA Index System (CODIS), a powerful search software program.  Through the search, the software can link a suspect to an earlier crime or link a crime to an earlier suspect. NDIS and CODIS together form a nationwide program, CODIS, named after the software.

The DNA Identification Act of 1994 authorized the CODIS program and established the FBI as its overseer.  The database aimed to speed up the process of catching repeat offenders.  Initially, the only samples collected were from convicts with high recidivism probability, including convicted felony sex offenders and those convicted of violent crimes.  Since then, Congress has steadily increased the reach of CODIS through a series of Acts.  In the most recent update, the Violence Against Women Act of 2005 gave law enforcement the authority to collect DNA from anyone who is arrested and from any foreigner detained by federal authorities.

DNA banks prompt Fourth Amendment concerns since there are at least two warrantless searches that take place before the profile is stored.  The first search is the collection of blood or buccal swab.  Some courts have dismissed this as a minimal physical intrusion.  The second search is the DNA analysis used to create the DNA profile, and the main worry of this search is the broad scope of the information it could yield, considering the wealth of information stored in DNA.  However, in the latest challenge to the law, the court argued that since the DNA profile is limited to the 13 alleles, it currently does not expose any sensitive genetic information to the government.  The court did not consider the fact that the original DNA sample is stored in a lab indefinitely.  Some also argue that the search run in CODIS, to see if the DNA sample matches any of the evidence samples in the database, constitutes yet another search.  Courts have not had to rely on this argument, and some have outright rejected it.

While most courts have declared collection of DNA from convicts to be constitutional due to decreased expectations of privacy, courts now have the difficult task of setting the privacy expectations of arrestees.

To evaluate the constitutionality of the federal law, many courts have used the totality of the circumstances test.  The totality of the circumstances test balances the strength of the compelling interests of the government that justify a purpose of the law against the strength of the individuals’ expectations of privacy.  Using this test, United States v. Mitchell, the Third Circuit Appellate Court found that in comparison, the governmental interests overwhelmed privacy interests.  The strongest interest found on the government side was confirming the identity of arrestees, though this is not known to be the statute’s primary purpose.  The court noted that individuals’ privacy interests are protected by safeguards the federal statute placed on the use of CODIS, mainly relating to the limited access to information included in the DNA profiles.

As science develops, questions remain about the fate of DNA banks. What happens if the 13 identifier alleles are found to reveal sensitive private information, such as predisposition to diseases?  Will the safeguards of CODIS be enough to protect individuals’ privacy then?