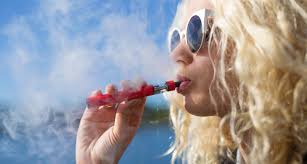 The U.S. e-cigarette industry, in particular open-system refillable e-liquid industry, has grown tremendously over the past several years, with sales projected to hit $27 billion by 2022 and figures indicating a 29.9% growth period over just four weeks in 2017. While initially touted as a less harmful alternative for tobacco smokers and a device to aid in quitting smoking, concerns are growing as sleek USB-like device designs and nicotine liquid flavors ranging from “Bubblegum” to “Cream Cookie” are prompting a boom in popularity among teens and young adults. While the flavored e-cigarette industry has generally enjoyed an absence of regulation, the FDA has recently announced that it will take new steps to address an epidemic of youth e-cigarette use.

The first e-cigarette models mimicking the shape and size of traditional tobacco cigarettes entered the U.S. from China around 2007. As their popularity grew,  FDA initially sought to regulate them according to Import Alert 66-41 as drug delivery devices, arguing that their purpose was to deliver the drug nicotine into the body and thus were not encompassed in the traditional tobacco products determined to be outside the scope of the agency’s authority in Food & Drug Admin. v. Brown & Williamson Tobacco Corp., 529 U.S. 120 (2000). Accordingly, FDA and Customs seized several e-cigarette shipments arriving from China as they were unapproved, unregistered, and not listed with FDA. E-cigarette companies filed suit, arguing that their products were actually tobacco products protected under the then-new Family Smoking Prevention and Tobacco Control Act, which amended the existing Food, Drug, and Cosmetic Act to grant FDA the authority to regulate “tobacco products,” broadly defined to include anything made or derived from tobacco for human consumption, including the “components, parts and accessories” of the product. The court held in Sottera, Inc. v. Food & Drug Admin., 627 F.3d 891 (D.C. Cir. 2010) that if an electronic cigarette (1) contains nicotine derived from tobacco and (2) is “customarily marketed” for recreational use (and not for a therapeutic purpose) and (3) is not for any intended therapeutic benefit, then the e-cigarette is a tobacco product under the Family Smoking Prevention and Tobacco Control Act. Notably, the Act contains provisions that strictly ban: sales to minors; vending machine sales; the sale of packages of fewer than 20 cigarettes; tobacco-brand sponsorships of sports and entertainment events or other social or cultural events; and free giveaways of sample cigarettes and brand-name non-tobacco promotional items.

Though the Family Smoking Prevention and Tobacco Control Act defined tobacco products broadly, FDA’s authority was limited to the regulation of cigarettes, cigarette tobacco, smokeless tobacco, and roll-your-own tobacco. However, FDA retained authority to promulgate any regulation that would deem other, currently unregulated tobacco products under the umbrella of its jurisdiction. In 2011, FDA announced that it would not appeal the Sottera decision and that it planned to regulate e-cigarettes as tobacco products. The agency noted that e-cigarettes could still be regulated as drug-delivery devices in the event that they were marketed for “therapeutic purposes.”

Meanwhile, e-cigarette use, especially among teens and young adults, skyrocketed. Various lawmakers, lobbyists and health organizations who urged FDA to issue regulations to exert authority over electronic cigarettes and dissolvable tobacco products faced off against organizations like Consumer Advocates for Smoke-Free Alternatives Association (CASAA), who sought to preserve and promote the use of e-cigarettes as a low-risk alternative and a proven method for quitting smoking. In September 2013, four members of the U.S. House of Representatives sent a letter to FDA urging the Obama administration to issue new rules governing electronic cigarettes; weeks later, e-cigarette opponents sent a letter directly to the president demanding the same. The following month, CASAA issued a press statement accusing various legislators, state attorneys general, and the Centers for Disease Control of launching a bad-faith campaign against e-cigarettes.

In 2016, FDA finalized a rule extending its authority to all tobacco products, including e-cigarettes, which aimed to restrict access to young users. The new rules included: “not allowing products to be sold to persons under the age of 18 years (both in person and online); requiring age verification by photo ID; not allowing the selling of covered tobacco products in vending machines; and not allowing the distribution of free samples.”

Since the promulgation of the 2016 regulation, a myriad of lawsuits, campaigns, studies, and lobbying efforts have significantly impeded the effectiveness of the regulation; a recent report by the Centers for Disease Control found that over two million middle school and high school children used e-cigarettes in 2017. After FDA proclaimed that it would delay further regulation of e-cigarettes (including registration requirements and required submission of health impact details) until 2022, private citizens and health organizations, including the American Lung Association, American Heart Association, and the American Academy of Pediatrics, filed suit in March 2018, claiming that the agency’s decision to delay regulating e-cigarettes dangerously exposes young adults to nicotine addiction by allowing products that are specifically appealing to children to proliferate without hindrance.

However, some public health researchers argue that there are benefits to the agency’s decision to delay e-cigarette regulation, as uncertainty remains as to whether young people who smoke e-cigarettes consequently turn into smokers of regular cigarettes. Several studies have suggested that e-cigarettes benefit smokers who are trying to quit. Electronic cigarette proponents worry that stringent regulations or bans could eliminate a novel and potentially less harmful group of products, causing young users to return to favoring the traditional tobacco cigarette. Many e-cigarettes and their components contain chemicals and metals whose long-terms effects are currently unknown and require further study.

Most recently, FDA issued a press release on September 12, 2018 announcing a historic action against more than 1,300 e-cigarette retailers and 5 major manufacturers—Juul, British American Tobacco’s Vuse, Altria’s MarkTen, Imperial Brands’ Blu E-cigs and Japan Tobacco’s Logic—for their “roles in perpetuating youth access” to nicotine. Such action includes an order to submit plans within 60 days detailing how manufacturers will prevent teens from using their products, warning letters, civil money penalty complaints, and the imminent possibility of restriction of flavored e-cigarettes. According to a 2013-2014 survey, 81% of young e-cigarette users cited the availability of appealing flavors as the primary reason for use, and e-cigarette use rose from 1.5% to 11.7% among high school students from 2011 to 2017.

FDA’s sharp increase in aggressive enforcement strategy targeting illegal sales to youth and kid-friendly marketing could signal the beginning of the end of e-cigarette manufacturers’ unobstructed growth. If these brands fail to appropriately address the epidemic of youth e-cigarette use, they are likely to receive harsh consequences from the FDA, including complete removal of some or all of their flavored products that may be contributing to the rise in youth use from the market until they otherwise meet all of their obligations under the law.