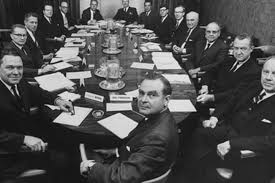 Publicly traded corporations headquartered in California must have at least one female board director by the end of 2019 or will have to pay a hefty fine, according to California Senate Bill 826, signed Sunday, September 30 by Gov. Jerry Brown in response to the #MeToo movement and gender gaps that have long plagued corporate leadership. After 2019, the requirements ramp up: by the close of 2021 the law requires a public company with five directors to include at least two female members, and a board with six or more directors to include three female members. It is the first law of its kind on the books in the United States, though several European countries like France and Norway have implemented similar, even stricter, measures.  Currently, many of the California’s corporate giants—including Tesla Inc., Facebook Inc., Apple, and Alphabet—are out of compliance. After state Sen. Hannah-Beth Jackson’s sponsorship of a nonbinding resolution in 2013—urging each California-headquartered public company to increase the number of women on its boards by 2017—failed to realize meaningful results, the senator hopes that California’s passing such a bill will send a message to corporations everywhere that it is past time to understand the value of diversity. However, the law will likely face legal challenges, as it implicates state and federal constitutional issues as well as corporate governance concerns.

Currently, one-quarter of the publicly traded companies headquartered in California don’t have any women on their boards, according to the bill’s authors. The law would mean that 684 women would be needed for just the boards of the publicly traded companies that rank among the nation’s 3,000 largest—plus many more for smaller companies. Nationally, women on boards are dramatically underrepresented: According to Catalyst, women make up about 20 percent of S&P 500 board seats. There are 12 Fortune 500 companies with no women on their boards whatsoever, and the number of female Fortune 500 CEOs dropped by 25 percent this year, from 32 to 24. A majority of companies in the S&P 500 have at least one woman on their boards, but only about a quarter have more than two, according to a study from PwC.

“With numerous independent studies showing that corporations with women on their boards are more profitable, SB 826 is a giant step forward for women, our businesses, and our economy,” said Sen. Jackson in a floor speech on the bill. In fact, evidence suggests that having more gender diversity in the boardroom is good for business: companies with at least one woman on their board showed a higher return on equity than those without, according to 2014 research from Credit Suisse. A Peterson Institute study found that the presence of women on corporate boards and in the corporate sector may contribute to high firm performance, and that among profitable companies a move from no women leaders to 30 percent representation was associated with a 15 percent jump in profit. McKinsey found that the most gender-diverse companies are 15 percent more likely to outperform their peers.

However, these findings can be overstated—a correlation between diversity and business performance does not necessarily impute causation, as companies that are more prominent or have better performance records might be able to attract more women or more diverse directors.

Opponents of the law fear that quotas will create pressure to elect unqualified female members to board positions and promote potential discrimination against equally- or more-qualified male candidates. Businesses resisting the law’s implementation argue that SB 826 strips corporations of their ability to hire based on pure merit, and that such measures will displace existing boards, thereby generating instability and uncertainty within previously successful companies.

Some argue that while the new legislation correctly recognizes the need for increased gender diversity on corporate boards, its focus on large, publicly held companies is misplaced, as most all-male or predominantly-male boards belong to smaller rather than larger companies. On average, the boards of the biggest companies (those worth $100 billion and up) are about 25 percent women. At firms with a market value under $1 billion, women comprise just 11 percent. For private companies, which don’t face shareholder pressures, fewer than 9 percent of the board members are female on average. Many of these smaller boards with fewer female members are in the technology and biotechnology industries, some of the least gender-inclusive sectors.

While independent studies and regression analyses present some uncertainty, the social consequences of such legislation are apparent. With women comprising over half the population, their insight is critical to discussions and decisions that affect corporate culture, actions and profitability. Women have different life experiences and perspectives than white men who typically comprise boards, and that makes a difference. Quotas may force companies to look outside of the normal places for diverse yet highly qualified candidates who might not have the typical background for such a position.

But it’s not clear that hundreds of women will actually ascend to boards in California, as even Brown acknowledged in an accompanying message that the bill presents significant legal challenges that may prove fatal to its ultimate implementation. More than 30 business groups, including the California Chamber of Commerce, oppose the law, and there are questions about how many companies in California the law would apply to at all, as companies can opt instead to pay the fine and preserve the status quo.

Successful equal protection challenges under the United States and California constitutions could roll back the law. To effectively defend the legislation, the government would bear the heavy burden of needing to affirmatively prove not only that there is disparity in board representation among men and women, but also that such a divide justifies the creation of a special law for women. Such categorizations based on gender are subject to increased scrutiny if the law is challenged.

Further, the “internal affairs doctrine” holds that the law of the state in which a company is incorporated, and not the state in which a company is headquartered, governs such corporate governance prerogatives as voting rights, dividends, and investor relations. Many California companies are incorporated in Delaware in order to receive more favorable tax and legal treatment.  The new California law seems to run contrary to the internal affairs doctrine, and it may impermissibly impair shareholder rights. Application of the doctrine would limit the law’s application to just 72 corporations headquartered and chartered in California.  If the law does pass muster, there is also a strong chance that companies will simply pay the fine and move on, as a few hundred thousand dollars is a mere pittance for many of the large companies that the law seeks to bring into compliance.

Still, the bill has already drawn attention to women’s underrepresentation on corporate boards. If nothing else, the law could serve to increase awareness on the issue of female underrepresentation in the C-suite, something legislators and activists have attempted to accomplish for decades.