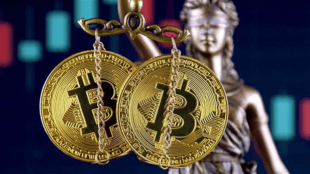 (Source) Emerging technologies have revolutionized all facets of society. Cryptocurrencies, a form of digital currency that is “secured by cryptography” through a network distributed across a large number of computers, pose the potential to change the world of finance. Regulatory schemes that lead to the mainstream adoption of cryptocurrencies may help increase accessibility and efficiency in international transactions. While the Securities and Exchange Commission’s (SEC) current actions are effective in helping specific consumers, giving the U.S. Commodity Futures Trading Commission (CFTC) a larger mandate will increase transparency and thus, accessibility, to cryptocurrency markets. A new political climate, influenced by factors such as 2008 financial crisis, the London Interbank Offer Rate (LIBOR) scandal, characterized by high-risk lending led magnified the flaws of a centralized banking system.  This growing distrust is part of an underlying anti-government movement driven by the State’s weak performances and failures.  Inherent to this [read more] 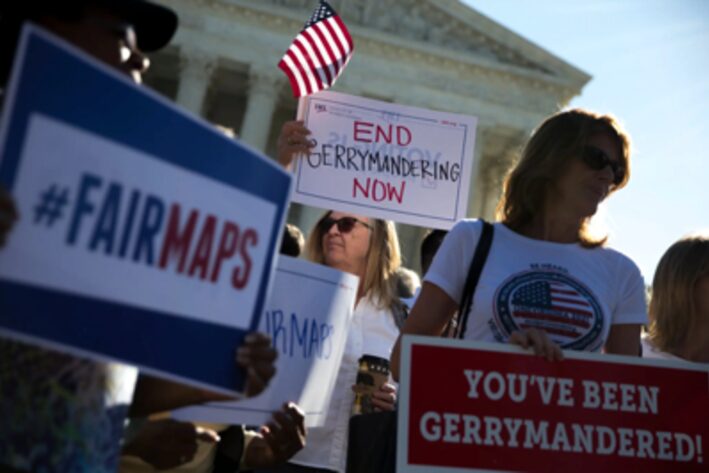 (Source) Each election in the 21st century has enormous political consequences.  But because of America’s increased polarization, partisan gerrymandering—the drawing of political boundaries to favor one party over the other—proliferates elections now more than ever.  Given the current political climate, the solution to achieve fairness in congressional redistricting is either for both parties to lean into gerrymandering or for Congress to introduce new legislation to curb the practice entirely. Partisan gerrymandering takes several forms, most notably cracking and packing.  Cracking a district means splitting up a solid group of voters for the opposing party and distributing those voters across several adjacent districts, so the formerly solid district becomes competitive.  On the other hand, packing is used to cram as many voters as possible from the opposing party into one district.  While the other party will likely win one seat, their power will be weakened in other districts.  The controlling [read more] 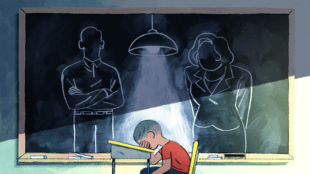 (Source) What is the Reid Technique? Custodial police interrogations have long walked the line of legality in terms of just how far officers are allowed to go to obtain a confession. Throughout the last several decades, laws have been established prohibiting physical force, denial of counsel, and other blatantly coercive tactics from being used. However, police are still able to use extremely manipulative techniques during interrogation, so long as they do not reach the extent that the suspect’s will has been overborne. The vagueness of this standard has allowed for one of the most presently controversial interrogation methods to persist over time, the Reid Technique of Interrogation. The Reid Technique has been the most popular interrogation technique since the 1960s, and is best known for the classic police officer “I’m trying to help you out” trope, but expands far beyond that. Its purpose is to elicit [read more]

(Source) The Inflation Reduction Act imposed a 15% minimum tax based on an entity’s net income (subject to a $1 billion gross receipt threshold) presented on its financial statement. The payment of such tax (amount in excess of ordinary tax liabilities) will become tax credits. These tax credits can be carried forward to offset future regular corporate tax liabilities to the extent the tax liability is not below the minimum tax. Under the earlier version of the minimum tax provision, the Modified Accelerated Cost Recovery System significantly increases the temporary difference in cost recovery on certain industries’ tax books and financial statements. Businesses with a higher proportion of fixed depreciable assets would likely be subject to significant tax hikes once the minimum book tax is implemented. In addition, this tax regime might potentially undermine the current administration’s policy objectives, such as affordable housing, green energy, infrastructure, increasing [read more] 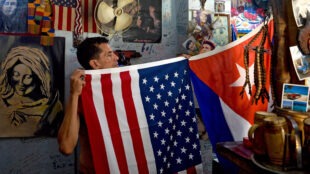 (Source) The United States and Cuba share a long, complex history—from allies to enemies when, in 1959, Fidel Castro overthrew Fulgencio Batista, President of Cuba’s then U.S.-backed government, in the establishment of a socialist state. During the half-century that followed, successive U.S. administrations economically and diplomatically isolated the island country, most notably through the imposition of the U.S. embargo against Cuba, effectively preventing American businesses from conducting trade with Cuban interests. Under the Obama administration, the alliance was finally renewed in what has become known as “the Cuban thaw.” Then, under the Trump administration, these initiatives were immediately undone. Now, under the Biden administration, it remains to be seen whether President Biden will follow through on his campaign promises to “reverse the failed Trump policies.” However, one thing is certain: “Cuba remains . . . a thorn in the side of US foreign policy.” Upon taking [read more] 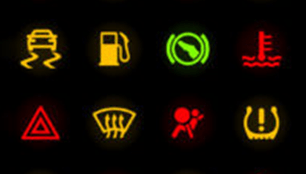 (Source) In the United States, owning a motor vehicle is practically a necessity for most adults because of the significant lack of reliable public transportation infrastructure in most parts of the country. Owning a vehicle grants people in suburban and rural areas the ability to have access to more job opportunities, better healthcare, and safer means of getting around. However, in about a third of all U.S. states, mandatory vehicle inspections make this necessity even more difficult to access for low-income households. Every one to two years, the citizens of states with mandatory vehicle inspections go through the fear that they may have to drop up to thousands of dollars on car repairs to be able to continue to drive. Maybe the disproportionate impact on low-income households could be overlooked if evidence existed that mandatory vehicle safety inspections significantly decreased traffic accidents, but that does not seem to [read more] 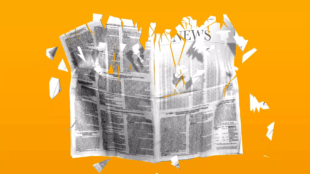 (Source) The first published newspaper in the United States predated the founding of the nation itself. For more than two hundred centuries, news companies across the nation have printed timely, important updates and other information for their readers. However, starting in the 1980s, the estimated circulation of newspapers in the U.S. began declining. Coincidentally, the Internet was invented in 1983 and was destined to change the future of printed newspapers.  From 1984 to 2020, the circulation of newspapers decreased by nearly an estimated 40,000,000. From 2002 to 2020, newspaper publishers’ revenue dropped from $46.2 billion to $22.1 billion. In the decade spanning from 2008 to 2018, newspaper publishers’ advertising revenue declined by 62%, decreasing from $37.8 billion to $14.3 billion. Moreover, newspaper employment at U.S. newspapers dropped by 47% from 2008 to 2018. While revolutionary, the Internet did not single-handedly contribute to the decline of [read more] 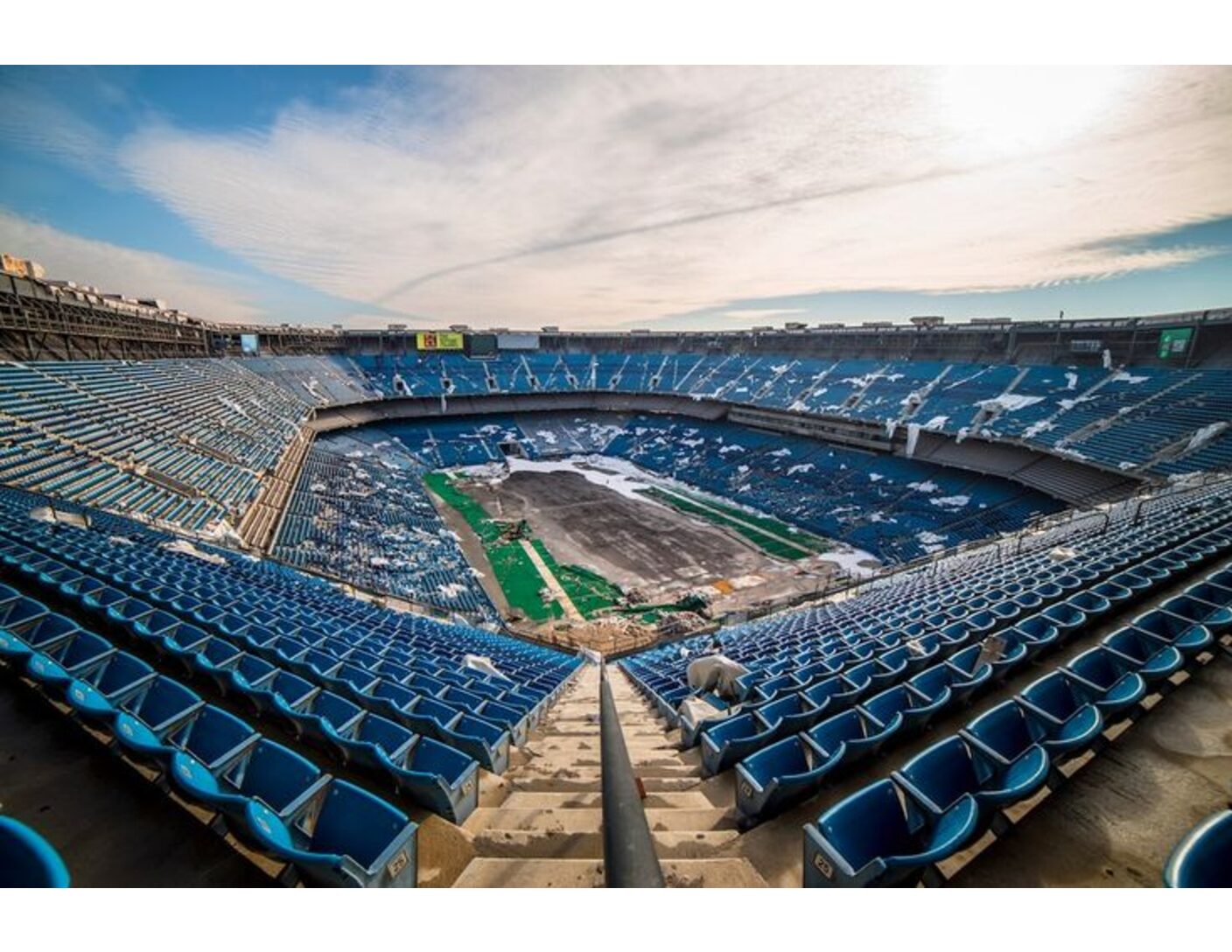 (Source) The NFL has a player violence problem. On June 7th, 2022, the New York Times published a bombshell report, detailing NFL quarterback Deshaun Watson’s extensive sexual misconduct. Over a 17-month period, Watson met, at a minimum, 66 women for massages. Over 30 women have since accused Watson of sexual misconduct in massage appointments. The public reaction to the accusations was near-universal disgust and outrage, however, Watson himself has faced little in the way of consequences. While Watson was suspended for 11 games and fined, his time in the NFL is far from over. In fact, even after the news of Watson’s misconduct broke, the Cleveland Browns offered Watson a fully-guaranteed, $230 million contract, the largest fully-guaranteed contract in the NFL. Deshaun Watson is not the first NFL star to be accused of serious off-the-field misconduct. Punter Matt Ariza was recently cut from the Buffalo Bills due to his [read more] 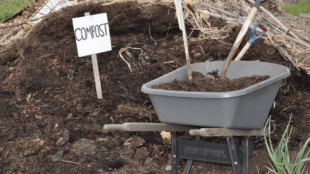 (Source) What to do with our dead is a question that has plagued humanity for all of its history. Modern Americans most often choose to bury or cremate their dead, but other options are available. An emerging option is human composting, a fairly new alternative to traditional methods of disposition that has gained attention in recent years. A scientific process known as “natural organic reduction” or human composting makes it possible to turn human remains into compost. The process relies on the microbes already in the deceased person’s stomach, speeding up the natural decomposition process. During the human composting process the deceased’s remains are placed into a large steel cylinder (referred to as a vessel) with organic materials like wood chips and straw. The inside of the vessel is heated and oxygen is added to aid in the decomposition process. After some time, the bones are removed, [read more] 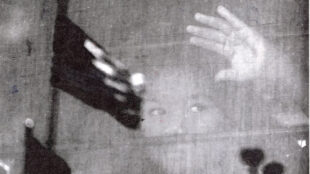 (Source) “They had to use physical force to take the child out of his hands,” one Border Patrol agent told The Washington Post. The man, Marco Antonio Muñoz, was initially placed in a chain-link detention cell, but, so agitated over the separation of his family, was later taken to a local jail. “He yelled and kicked at the windows on the ride,” the agent said. The next morning, Muñoz was found dead in his cell, “a small pool of blood by his nose” and “a piece of clothing twisted around his neck.” This was May 13, 2018. Muñoz’s tragic death is not a standalone incident, but rather part of a long history of complex and escalating policies surrounding immigration. The genesis of family separation can be traced as far back as 9/11, with the Bush administration’s creation of the Department of Homeland Security (DHS), tasked with, amongst its [read more]
1 2 3 … 30 »