Every year, millions of people presumed innocent are held in prison awaiting trial. For some, this may mean days. For others, years. Khalief Browder, for instance, was a sixteen-year-old held on bail for three years. Two years after his release, he committed suicide. Khalief never stood trial, nor was he ever found guilty of any crime. Khalief’s story sparked an outcry in the United States for bail reform.

Throughout the United States, there is broad consensus that the system of pretrial detention is unjust. Scholars agree that the system disadvantages minorities, particularly poorer communities and communities of color. Though reformers have identified these several problem areas, there have not been substantial unified efforts to change the system. Current reform efforts center on creating bail funds, eliminating cash bail on a state level, and furthering national research on the best courses of action for the future. This post outlines the current state of bail systems, their impact, and current reform efforts.

The Evolution of Bail in the United States

Money bail has its roots in early Anglo-Saxon history. Bail was used as a means to peacefully settle disputes. The accused was required to find someone, called a surety, who could pay a settled amount of money to the victim if the accused fled. The accused did not actually need to pay any money but needed to show that the victim would receive compensation if the accused fled. Though family and friends typically served as sureties, this began to change due to broad sweeping economic upturn in the nineteenth century. Courts stopped relying on sureties. By 1898, when the first bail bondsman opened in San Francisco, most courts in the United States required money bail to be paid in full as a condition of release. The commercial bail bondsman industry became prevalent as courts began increasing the amount of money needed for bail. People turned to bondsmen to help pay their bail quickly in order to be released. In return, bail bondsmen expected full repayment with interest.

The bail system was not meant to be used as punishment; rather, bail was meant to incentivize people to return to court. If they came to court, they got their money back. However, with the rise of bail and the increased use of bail bondsmen, this system created a vast disparity between people who could afford to pay bail and people who could not, leaving those unable to pay stuck in jail awaiting trial.

Courts supported the system of pretrial detention. In the landmark case U.S. v. Salerno, the Supreme Court held that it was constitutional for courts to hold people on bail if they were dangerous to the community. The Court held that the government’s interest in community safety outweighed the individual’s liberty. Previously, courts did not consider dangerousness when imposing bail. This heightened standard made it easier for courts to hold defendants awaiting trial. However, these bail guidelines are limited to serious felonies.

The types of bail bonds and other conditions that can be imposed by courts in order to release the defendant before trial are collectively called pretrial release conditions. Most courts in the United States have wide discretion to determine these conditions, bearing in mind what is reasonably necessary to ensure a defendant’s appearance in court and the safety of the victims and public.

If courts do not believe the defendant is sufficiently dangerous or that holding the defendant in jail before trial is necessary, the court has several options. The court may choose to release the defendant on his or her own recognizance (ROR). To be released on recognizance, the defendant must sign a statement saying he or she promises to attend court appearances. This typically happens in nonviolent and less-serious cases. Courts typically attach stipulations when granting ROR, including check-ins between the defendant and a supervising official or travel restrictions. However, many defendants are held in jail despite being accused of relatively minor crimes. In fact, most of the twelve million jail bookings in the United States each year are for low-level, nonviolent charges.

The evolution of bail practices in the United States has led to a vastly unequal system whereby many people are held in jail before trial because they are unable to pay bail. The combination of a heightened standard for bail plus inequalities in who can pay leads to a massively unjust system which criminalizes poverty and furthers mass incarceration and inequality.

When defendants are held in jail before trial, they are much more likely to plead guilty. This guilty plea stamps a conviction on their records for the rest of their lives, whether or not they actually committed a crime.

Why would a defendant plead guilty if the defendant believes he or she is innocent? When a defendant cannot afford to pay bail, a guilty plea is the only way to return home. Any amount of time held in jail is highly consequential for many. Consequences of remaining in jail for even three days include losing one’s job, housing, immigration status, or custody agreement. Studies show that the first three days in jail are when people are most vulnerable to physical attacks or sexual violence. Further, pretrial detention decreases a defendant’s chance at formal employment and ability to receive government benefits.

Defendants who are detained pretrial are also more likely to commit future crimes. Further, spending the full amount of pretrial detention in jail increases the likelihood that a person will be sentenced to jail or prison for a longer period of time, thus increasing prison populations.

Money bail also leads to systemic racial inequality. Black, Latinx, and Native American people are twice as likely to be held in pretrial detention as their white counterparts. People of color face higher bail amounts than white people. This systematic inequality feeds into inequality in America’s carceral system as a whole and continues to drive further socioeconomic inequalities between different racial communities.

This pretrial carceral system that keeps the poor in prison while letting the wealthy go free is both unjust and illogical. Taxpayers spend an estimated $14 billion annually to keep defendants who cannot afford to pay bail in confinement. Meanwhile, defendants who can afford bail are freed from jail. Many of the most dangerous criminals exploit this system to get out of jail and often do with the help of bail bondsmen. Those who can afford bail, no matter how dangerous, are often released; those who are too poor to afford bail, no matter how little threat they pose, are often held in jail.

The current pretrial detention system thrives on inequality and does not make society safer. Further, the system heavily burdens taxpayers. This expensive, illogical, and unjust system must be remedied.

In the face of such injustice, organizations and states are beginning to approach bail reform. Several organizations are actively working within the bail system to help defendants. For example, The Bail Project has created many bail funds throughout the country in order to help defendants pay bail and return home while awaiting trial. The Bail Project began as the Bronx Freedom Fund, the first nonprofit of its kind, in 2007. Since then, the Project has expanded to create funds in many cities throughout the United States.

Further, states are changing their bail policies through legislation and in the courts. For example, the California governor signed the California Money Bail Reform Act ending cash bail in the state. In overturning the prior California bail law, the governor explained that the new act would treat people fairly regardless of their wealth. In lieu of cash bail, local courts will decide who to keep in custody and whom to release, based on algorithms created by courts in each jurisdiction. These algorithms resemble the Washington, D.C. model as discussed below. The law, which goes into effect in October 2019, follows a California appellate court decision holding the state’s cash bail system unconstitutional because the system gave defendants who could not afford bail a detention order without due process. Similarly, New Hampshire Governor Chris Sununu signed Senate Bill 556, a measure meant to prevent people unable to post bail from staying in jail. The bill faced pushback by attorneys and law enforcement officials who claim that though the law is preventing poor people from staying in jail, it is not protecting public safety. Reform efforts at the state level are becoming more widespread through both legislatures and the courts; however, such reform faces some resistance.

On a national level, the American Bar Association (ABA) frequently publishes material on bail reform. Such material includes a history of bail for those who want to better understand its purpose and a practical guide for judges on pretrial risk assessment.  Further, the JustPod, the American Bar Association’s Criminal Justice section podcast, hosted an episode with the ACLU to discuss bail reform. In the episode, the ABA announced the inception of the National Partnership for Pretrial Justice, an organization composed of research groups and policy advocates working to advance pretrial justice nationally and in 35 states.

Text message reminders are a widely accepted bail reform method. The company Uptrust has created a system through which public defenders can send their clients reminders. At a software installation cost of $20,000 and an additional cost at only $2 per defendant, the system is an inexpensive way to bring defendants back to court. According to Uptrust’s website, the company has achieved a 95% court attendance rate in those places where public defenders use their reminder system. As of 2018, several states were using Uptrust, and the method’s reach continues to expand.

Pretrial detention reform is a daunting task with no simple answer; however, the injustices and inequalities of the current system must be remedied. 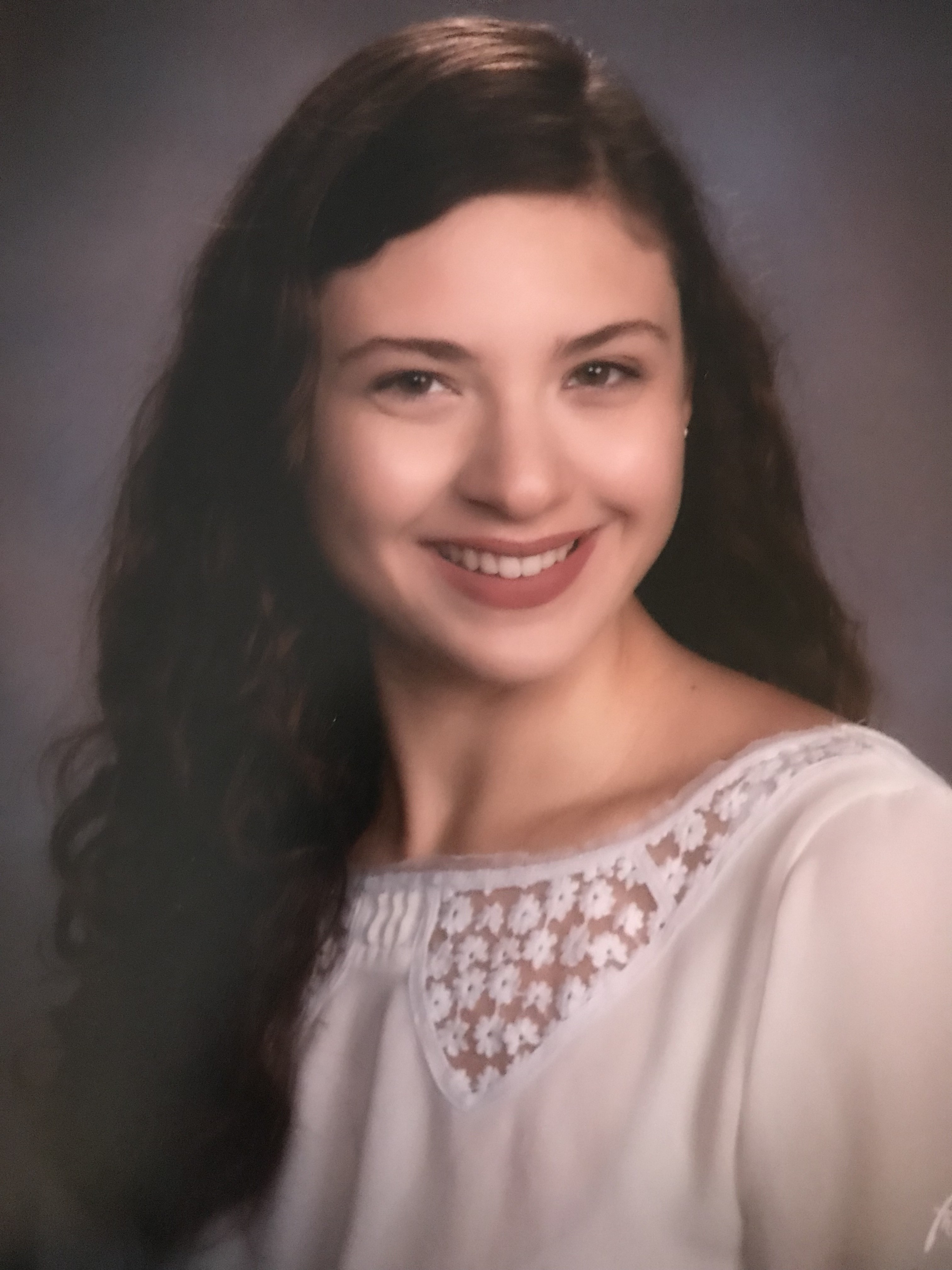 Christina Lee is a second-year at Cornell Law School. Born and raised in Upstate New York, Christina attended Cornell University as an undergraduate and is enjoying her sixth year in Ithaca. This summer, Christina worked at the Virginia Capital Representation Resource Center assisting inmates on death row with their federal appeals. She is a passionate advocate from prisoner’s rights.