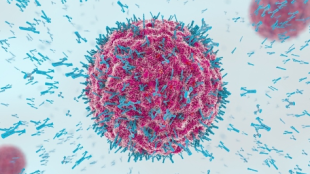 (Source)   The benefit of biosimilar drugs is clear—biosimilars provide the U.S. market with drastic cost-saving alternatives, with estimates of a reduction in spending on biologic drugs from 2017 to 2026 of $54 billion dollars. Biologics are pharmaceutical drugs designed from or involving biological process/materials such as proteins, DNA, carbohydrates, and triglycerides. They include vaccines such as your common flu shot to drugs taken to boost a patient’s white blood cell count during chemotherapy. To illustrate the direct benefit, Neupogen, a popular biologic drug used to combat low white blood cell count in the blood, currently costs about $1,750 dollars at a CVS pharmacy for a supply lasting 83 days while Zarxio, the biosimilar copy of Neupogen, costs about $1,440 dollars at the same pharmacy for the same amount. But with the introduction of biosimilars to the U.S. market in 2015 with Neupogen, an emphasis has been placed on how the patent law doctrine of equivalents will play into patent infringement litigation. The doctrine of equivalents has the potential of hindering the benefits that biosimilars provide to the drug market and act as a barrier to entry for biosimilars. This piece will discuss the doctrine of equivalents itself, the difficulty with its application to biologics, and the problems associated [read more]