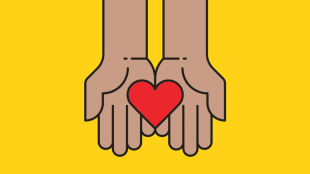 (Source)   By many metrics, the quality of American life has much improved over the last decade. U.S. unemployment has reached roughly its lowest point in 50 years and wage growth for American workers reached a 10-year high in 2019. Additionally, notwithstanding the notable exception of recent market recoil due to escalating fears surrounding COVID-19, the start of 2020 brought with it all-time-highs for the DOW and the S&P 500, both strong indicators of robust stock market health. Moreover, disposable personal income reached its highest point in November of 2019—thus being the likely catalyst of an all-time high for U.S. consumer spending. According to some economic metrics, the average American citizen is generally better off now than ever before—at least financially. Yet, individual charitable contributions are down across the board despite unprecedented economic growth. What gives? According to Giving USA, a nonprofit foundation which seeks to advance public understanding of philanthropy, individual giving declined 1.1% in 2018 and 3.4% when adjusted for inflation. Total charitable giving in 2018 declined 1.7% when adjusted for inflation when compared with 2017. Furthermore, giving by individuals made up 70% of total giving in the U.S. in the year 2017 and made up only 68% [read more]