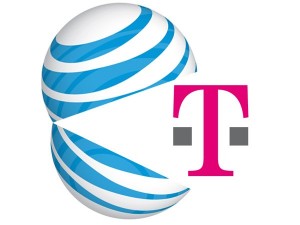 When AT&T and T-Mobile USA announced their proposed $39 billion merger on March 20, 2011, consumer advocacy groups reacted with stiff criticism.  The Department of Justice (“DOJ”) and the Federal Communications Commission (“FCC”) were strongly opposed to the merger, with the DOJ ultimately filing suit against AT&T in federal district court.  Rather than fight this opposition, AT&T and T-Mobile called off the deal on December 19, 2011.

This merger would have consolidated AT&T’s 95.5 million subscribers with T-Mobile’s 34 million, creating the largest mobile telecommunications services provider in the United States.  AT&T would also have replaced Verizon Wireless as the number one wireless carrier in the nation, relegating Sprint Nextel to a distant third.  The DOJ worried that the merger would have reduced competition in the wireless communication market and have led to higher prices, fewer products for consumers, and significant layoffs.  In response, AT&T argued that the merger would have been beneficial to consumers because the integration of the two networks would have created a substantial “new capacity to meet the spectacular growth in demand resulting from an increasingly on-line world.”  Additionally, AT&T denied that T-Mobile is a challenger brand, correctly pointing out that T-Mobile has continued to lose customers and market share.

Unfortunately, we will never see how these arguments would have played out in court.  Nevertheless, based on a cursory review of several recent merger attempts, AT&T should have realized that this merger had little chance of success.  In addition to saving itself the embarrassment, AT&T would have saved a $4 billion breakup fee compensating T-Mobile for the failed deal, the largest corporate breakup fee ever paid.  Since 1990, the DOJ has investigated only 4.4% of all merger filings and filed lawsuits against only 0.3%.  The proposed AT&T and T-Mobile merger, however, raised two glaring red flags: 1) AT&T and T-Mobile were direct competitors in the mobile wireless telecommunications market, and 2) the merger would have resulted in Verizon Wireless and AT&T owning an eighty percent market share, resulting in clear anti-competition concerns.

Unlike the proposed AT&T-T-Mobile deal, Proctor & Gamble’s (“P&G”) successful 2005 acquisition of razor giant Gillette for $57 billion did not raise the same anti-competition concerns.  Although the acquisition created the world’s largest consumer-products enterprise, P&G and Gillette had complementary skills and were, generally, not in competition with each other.  Specifically, P&G was regarded as an expert in marketing to women, “given its long history in household, hygiene and food products.”  Gillette, on the other hand, was “synonymous with shaving for millions of men . . . .”  Consequently, the FTC conditionally approved the merger as long as the companies divested a limited variety of overlapping assets ranging from toothbrushes to deodorant.  Instead of raising strong anti-competition concerns, analysts at the time argued that P&G’s acquisition of Gillette reflected how much the balance of power had shifted from consumer products manufacturers to enormous discount retailers like Wal-Mart, and predicted that a combined P&G-Gillette company would greatly strengthen its bargaining positions relative to such retailers.

The unsuccessful 1998 merger attempt between defense contractors Lockheed Martin (“Lockheed”) and Northrop Grumman (“Northrop”) sharply contrasts with the P&G-Gillette deal and provides a clear blueprint of a merger destined for failure.  The relative sizes of Lockheed and Northrop resembled those of AT&T and T-Mobile, respectively, and the two companies competed aggressively in the manufacture of military aircraft and several types of radar and sonar.  Moreover, the merger would have reduced the defense market to only three significant competitors, namely, the merged entity, Boeing, and Raytheon.  The DOJ had reported that, if combined, Northrop and Grumman would have received nearly twenty-eight percent of the Department of Defense’s procurement and research and development budgets.  The parallels between this merger and the wireless telecommunications services industry in the United States are strikingly clear; AT&T, Verizon, Sprint Nextel, and T-Mobile, as the “Big Four,” are effectively only in competition with each other, and consumers face several limitations in contracting with smaller, local carriers.

So why did AT&T and T-Mobile pursue their deal in the first place?  It is hard to tell, although some analysts have speculated that AT&T may simply have been overly optimistic.  An analyst with Macquarie Capital has argued that AT&T “‘made an unprecedented move bidding on T-Mobile and appear[s] to have miscalculated the risks and the regulatory opposition.’”  Another analyst with Forrester Research opined that, “‘[t]hey [AT&T] overestimated their ability to influence the regulatory agencies and influence that process.’” As AT&T considers its future, it needs to realize that it overreached in this acquisition attempt.  Due to its financial losses, it may be wisest for AT&T to wait before it attempts another merger that may be just as difficult to push through Washington.