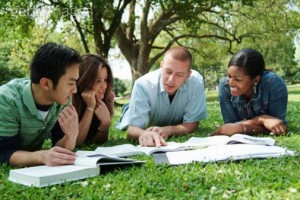 Linn State Technical College, a public two-year vocational school in Missouri, recently welcomed its new students with a mandatory drug testing policy. Freshman showed up fresh-faced and wide-eyed only to have to pay out of pocket to submit to a drug test:

The tests screen for 11 drugs, including marijuana, cocaine, methamphetamine and oxycodone. Students who test positive can stay in school while on probation but must test clean 45 days later to remain enrolled while also completing an online drug-prevention course or assigned to other, unspecified “appropriate activities,” according to the school’s written policy.

Students who initially test positive but then test negative a subsequent time will remain on probation for the rest of that semester and also face an unannounced follow-up test. The tests cost $50, a fee paid by students.

School administrators defend the drug testing policy as an effort to prepare students for employment after graduation. Interestingly, in developing the drug testing policy, school administrators solicited the opinions of hundreds of local employers, who “overwhelmingly supported a requirement those same students will encounter in the job market.” Furthermore, school leaders say that the tests are “necessary to ensure student safety at a campus where the coursework includes aircraft maintenance, heavy engine repair, nuclear technology and other dangerous tasks.”

The ACLU responded a few days later by filing a class action suit on behalf of six Linn State students, claiming a violation of the constitutional right against unreasonable searches and seizures. None of the six plaintiffs operate heavy machinery as part of their training, and none have a record of criminal behavior indicating drug use. In their complaint, the ACLU argues that the drug testing policy violates the Fourth and Fourteenth Amendments, and that no “special need” exists that would sufficiently outweigh the students’ privacy expectations against a state institution.

Federal and state courts have upheld limited cases of drug testing of public high school students, college students who play sports, NCAA athletes, and students at private colleges. The NCAA website states “a primary purpose of drug testing is to discourage competitors from gaining an artificially derived advantage over an opponent.” For a nationwide association such as the NCAA, the consumption of performance-enhancing drugs among student athletes would affect the association’s purpose in promoting an environment of fair athletic competition.

However, Linn State’s objective to “prepare students for future employment” does not legally justify requiring every student to submit a urine sample. The potential future benefit to the student does not take away the student’s right to abstain from a drug test upon matriculation. Linn State may have a valid interest in ensuring that students who operate heavy machinery or conduct other potentially dangerous tasks on campus do not consume illegal drugs. Thus, Linn State’s interest exists only to the extent that it ensures students do not consume drugs while conducting such tasks. Blanket drug testing goes above and beyond by providing information about each student’s drug consumption, which is probably more likely to occur after school hours.

What if Linn State, like the NCAA, had an interest in outing cheaters? Several studies document a rising number of students using controlled substances such as Adderrall as study aids without a valid medical reason. Could a public college argue that such dishonest study practices not only result in an unfair advantage to some students, but also undermine the legitimacy and credibility of an academic institution?