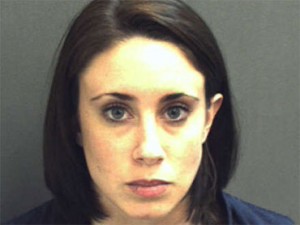 In the summer of 2011, Casey Anthony, a young, attractive mother was accused of taking part in the disappearance and subsequent death of her darling baby girl, Caylee Marie. Thousands followed the trial; when the verdict came out, minutes later there were 352,283 reactions on Twitter. One of the defense team’s members stated, “social media was the difference between winning and losing.”

Although the prosecution ultimately put forth a weak case, the nation’s resounding digital fury at the verdict raises a number of legal concerns. One is the delicate balancing act affected by the rise of social media: how to properly view a defendant’s Sixth Amendment right to a fair trial in light of the public’s equal First Amendment right to a public trial. The case against Casey is an ideal window from which to examine the dilemma: Casey’s trial was met with unprecedented social media attention in a state with an unprecedented statutory right to public access for all court documents, including discovery records.

In Florida, the Public Records laws allowed for the release of more than 25,000 pages of public documents, including depositions of witnesses, forensic documents and scans, bank statements, emails with friends, family, and acquaintances, and photographs of Casey drinking alcohol and photos of Casey posing with her little girl. This provided an arsenal for the media and spawned news stories as far out as New Zealand and the United Kingdom.

For Casey Anthony, Twitter became a treasure trove of information.  During the trial, updates were tracked and followed by thousands of users anxious to voice their opinions on the goings of the courtroom.  When various witnesses would take the stand, the public would link their reactions directly to Twitter feeds.  Even the Court itself took to Twitter: NinthCircuitFL continued to provide real-time updates on Casey Anthony’s post-trial hearings and related affairs months after the trial.

The defense team saw an opportunity: they hired Amy Singer, a trial consultant who based her work on the media’s accessibility.  Singer gauged the public’s reaction to various stages of the trial by monitoring 40,000 highly charged opinions on social media sites and used this information to help the defense team adjust their strategy.  What the public did not like, the jurors, as members of that public, would not like either.

To be effective, a state’s criminal process must “satisfy the appearance of justice.”  Often, allowing public access to the process through the use of technology and open records laws may seem to achieve this purpose.  However, even the Supreme Court has expressed doubt with the purely positive effect of technology.  Efforts must be made to avoid a “mistrial in 140 characters or less.”  In Florida, the public has greater access to court documents than anywhere else in America; thus, Florida should be the first to consider the implications of Twitter’s facilitation of access to these documents.

According to author Paul Lambert, with increasing access and publication of these documents, “the advent of social networking websites such as Twitter and Facebook pose new threats with jurors breaching their obligations and the impartiality and fairness of the justice system.”  The time has come to address Twitter’s implications for a defendant on trial.