The SEC’s position on whether cryptocurrencies should be — or can be — classified as securities is far from clear, making it difficult for the public to understand how the cryptocurrency and token industry will be regulated by the federal government. In March 2019, Coincenter — a blockchain legislative advocacy group — published correspondence explaining that the SEC’s staff analysis confirmed that Ethereum and similar cryptocurrencies (including Bitcoin) are not subject to securities laws. Previously, in June 2018, SEC Chairman Jay Clayton stated in a CNBC interview that Bitcoin was not a security. These statements have created a precedent and have led to confusion as the SEC now tries to re-adjust the parameters regarding classifying cryptocurrencies given the surge of initial coin offerings (ICOs) and token launches over the past few years.

The Securities Act of 1933 and the Securities Exchange Act of 1934 state that transactions qualifying as “investment contracts” are deemed securities and thus are subjected to SEC oversight regarding disclosure and registration requirements. Traditionally, the SEC has relied on the Howey test for determining the classification of a security. The Howey test, which arose following the 1946 Supreme Court case SEC v. W.J. Howey Co., offers guidance on how to determine if a transaction qualifies as an investment contract. According to the Supreme Court’s decision, a transaction constitutes an investment contract if “a person invests his money in a common enterprise and is led to expect profits solely from the efforts of the promoter or a third party.” Even though these Acts and the Howey test pre-date substantial technological innovations (including blockchain and the creation of cryptocurrencies), they are still the basis of the SEC’s approach to determining the qualification of transactions.

With the rapid growth of the cryptocurrency and tokens markets, however, the SEC has been forced to develop more substantial guidance regarding the SEC’s regulatory role in the industry. Earlier in 2019, the SEC released new regulatory guidance to help token issuers better determine whether their respective cryptocurrencies would be classified as security offerings. The new framework lists factors — such as an expectation of profit and whether a group is creating or supporting a market for a digital asset — that token and cryptocurrency issuers need to consider in determining whether their offerings qualify as securities. The framework also provides guidance regarding cryptocurrencies and tokens previously sold, discussing whether they should have been registered as securities and if “a digital asset previously sold as a security should be reevaluated.” Furthermore, the guidance provides criteria for reevaluation. While this new framework provides some much-needed clarity for the cryptocurrency and token industry, the SEC is still far from a clear-cut regulatory framework for the industry, particularly since the framework functions as a guideline and is not a legally binding document. Thus, the Securities Act of 1933, the Securities Exchange Act of 1934, and the Howey test are still the legally backed rules when it comes to determining the classification of transactions as investment contracts and securities.

Facebook’s proposed digital currency, Libra — announced in June 2019 — reinvigorated debate about and highlighted substantial concern regarding regulatory oversight of the cryptocurrency and token industry. With the European Union’s plans to craft regulations to combat concerns that (1) Libra would undermine the euro and (2) would be used as a tool by money-launderers, potential regulatory “roadblocks” are already beginning to appear.

Unlike its European counterpart, the United States has not been as quick in establishing its level of regulatory oversight. Currently, the SEC is trying to determine how to classify Libra — a decision that will determine if (or how much) Libra is subject to SEC oversight. Some have compared Libra to an exchange traded fund (ETF), which requires SEC approval before trading is permitted. Even if Libra is not classified as an ETF, however, Facebook still faces obstacles to Libra’s official launch, stemming from congressional concerns about the digital asset’s impact on the United States as well as from the SEC’s changing guidelines regarding its regulatory reach over the cryptocurrency industry.

In July 2019, Congress asked Facebook to halt its development of Libra until the government could create a proper legal framework for the new digital asset. Facebook’s response indicated that Libra would not launch until regulators were comfortable with the currency’s structure and framework. The company’s response, however, came up short of a commitment to halt the currency’s development. Two months after Congress’ request, the House Financial Services Committee (HFSC) shared its concern of Facebook’s plans for Libra and Calibra (its digital wallet) in a hearing with SEC officials. During the hearing, Chairwoman Maxine Waters expressed her fears about Libra, stating that it “appears that Facebook is working to create a global financial system that is intended to rival the U.S. dollar… I hope to hear what steps the SEC has taken is doing to ensure that Libra is appropriately and rigorously regulated.”

The HFSC hearing provided an opportunity for committee members to ask the SEC for greater clarity regarding regulatory oversight of cryptocurrencies and other digital assets. Additionally, members leveraged the Committee Memorandum to voice their opinions that Libra could be deemed a security based off of the platform’s proposed structure. In response to the committee members’ inquiries and concerns, SEC Chairman Jay Clayton welcomed the members’ insight and opinions and attempted to assuage some concerns by noting that the SEC currently has a group focused on weighing the benefits and risks to digital assets. Throughout the hearing, Chairman Clayton emphasized the importance of providing proper regulatory guidance for this new industry and asset class, noting that if “crypto assets would be used to evade … regulations, I have a real problem with it.”

If the SEC begins regulating cryptocurrencies more aggressively, Libra could be subject to the same — or at the very least, similar — regulatory practices as existing securities. Because of the time, cost, and risk implications associated with the classification of “security,” Facebook (and other cryptocurrency companies) want to avoid SEC oversight. With cryptocurrencies and ICOs becoming more prevalent in the past couple of years, however, Chairman Clayton has been altering the SEC’s approach to and oversight of the cryptocurrency industry.

Clayton’s statement that securities laws should apply to ICOs and tokens, combined with the  new framework released in April 2019 and the Trump administration’s pro-regulatory stance on the issue, suggest oversight of the industry may not be far off. Facebook’s Libra announcement acted as a catalyst in this debate, bringing the issue of the regulation of cryptocurrencies as securities back to the forefront of the SEC’s agenda. Facebook’s role in the resurgence of the debate is likely due in part to the company’s recent clashes with the federal government, namely its dispute with the FTC over the adequacy of Facebook’s privacy practices. With the ongoing tension between Facebook and the federal government, coupled with the company’s influence in the United States and throughout the rest of the world, it is possible that the SEC will determine it has oversight over Libra (and perhaps other cryptocurrencies) as a way of restricting Facebook’s reach. A decision to increase oversight of cryptocurrencies and tokens would broaden the SEC’s regulatory authority over the cryptocurrency industry as the sector continues to grow and cryptocurrencies become more widespread. 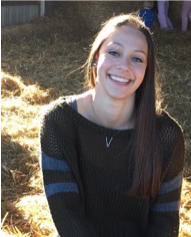 Elise Kletz is a second-year law student at Cornell Law School. Elise earned a B.S.B.A. from the Olin Business School at Washington University in St. Louis, where she completed a double major in Leadership & Strategic Management and in Marketing. Currently, Elise serves as an associate for The Issue Spotter and serves as Co-President for the Business Law Society and the Jewish Law Student Association.