On July 29th, the Southern District of New York (“Southern District”) enjoined the Department of Homeland Security (“DHS”) from enforcing, applying, or implementing the Trump Administration’s new public charge rule from taking effect during the COVID-19 national health emergency. Responding to the injunction, the U.S. Citizenship and Immigration Services (“USCIS”) stated that the 1999 public charge guidance will control the admissibility of immigrants on public charge grounds until the national health emergency ends.

The concept of the public charge has been a part of the American immigration system since the late 1800s. It takes its origins from “poor laws,” which were designed to exclude foreign immigrants who would require public assistance. The modern understanding of what constitutes a public charge was formalized in 1999 to include immigrants who are “primarily dependent on the government for subsistence, as demonstrated by either the receipt of public cash assistance for income maintenance, or institutionalization for long-term care at government expense.” Traditionally, this meant that immigrants could not take advantage of monetizable programs, such as welfare.

However, in 2019 the Trump Administration revised the public charge rule and expanded the rule’s impact by barring programs permitted by the 1999 guidance. This lowered the public charge rule’s threshold by imposing a “totality of the circumstances” test combined with “heavily weighted factors.” Taken together, these factors create a steep presumption of inadmissibility against immigrants. While the DHS contends that “a heavily weighted negative factor can be outweighed by a heavily weighted positive factor or some combination of positive factors in the totality of the circumstances, some commentators go as far to say the Trump Administration’s guidance creates a per se rule against admission. Given that courts have blocked the rule from taking effect for a substantial period of time, it is difficult to know how this standard will function in practice.

The new public charge rule posed a threat to public health prior to the pandemic. The Administration’s perceived animus towards immigrants’ status forced many immigrants to withdraw from healthcare coverage for fear of implicating the rule—whether the immigrant needed to withdraw or not.  For example, under the Trump Administration’s rule, a public charge is a foreign national who receives one or more public benefits—like Medicaid—for more than 12 months in the aggregate within a 36-month period. However, the USCIS’s return to the 1999 public charge guidance removes the barrier to accessing affordable healthcare because Medicaid is not considered for public charge purposes under 64 Fed. Reg. 101, 28, 693.

While the delayed enforcement of the rule represents a small win for immigrants, immigrants’ health remains in a precarious imbalance. In formulating its decision, the Southern District noted that the President declared a state of national emergency. Despite the Trump Administration’s declaration, the Administration has fought vigorously to impose its new public charge rule, with the dispute rising all the way to the Supreme Court this last year. Thus, if President Trump ended the national emergency tomorrow, all immigrants that remain on Medicaid for a total of 12 months in the next 36 months could be deemed inadmissible.

Even if the Administration were to keep the national emergency declaration in place, it is possible that a vaccine could put an end to the pandemic before the year’s end. Wide-spread disbursement of an effective vaccine could put a swift end to the pandemic and allow the DHS to reinstitute the new public charge rule. Under such a scenario, immigrants may lack access to affordable healthcare coverage, and, in turn, these people may fear that accepting a vaccine implicates their status.

Denying or discouraging an immigrant’s access to either a vaccine or treatment for COVID-19 represents a dangerous policy move. Currently, there are more than 13.5 million legally-present immigrants in the U.S. who utilize Medicaid or the Affordable Care Act’s healthcare exchanges—representing a sizable portion of the U.S. population that could soon be without coverage. Assuming immigrants avoid vaccination or treatment for fear of implicating the public charge rule, “herd immunity” against COVID-19 would be difficult to achieve (if it is even possible). A population achieves herd immunity when enough of the population is immune to a disease such that spread of the disease becomes unlikely. For instance, the Mayo Clinic estimates that 94% of the population must be immune to measles to achieve herd immunity. For COVID-19, the percentage of people that would need immunity is disputed, but the Mayo Clinic states it would have to be at least 70% of the U.S. population. Thus, by denying immigrants access to healthcare coverage—either explicitly or constructively—the spread of COVID-19 remains unchecked, which places everyone at risk.

The rule’s vaccination carveout necessarily provides a mechanism to slow—and hopefully stop—the spread of COVID-19. However, even functionally eradicated diseases can still impact low-income immigrant communities, which leaves low-income immigrants at risk of contracting the disease without healthcare coverage after society returns to “normal.” Lack of access to affordable healthcare coverage deprives immigrants of the needed treatment to recover from  COVID-19. However, the rule currently provides another carve out for “emergency conditions.” The threshold for an emergency medical condition is not clearly defined. 42 U.S.C. § 1396b(v)(3) defines an emergency condition as one that “can be reasonably expected to place the patient’s health in serious jeopardy, cause serious impairment to bodily functions, or cause serious dysfunction.”

Certainly, common sense would dictate that a condition that shuts down one’s respiratory function meets the emergency medical condition threshold. However, this might not be the case. In Nichols v. Estabrook, an emergency-room physician examined a baby and diagnosed the baby with the flu. The emergency-room physician then told the parents to take the baby to another hospital 15 minutes away, where a pediatrician would be waiting. The baby died shortly after arriving to the second hospital and the parents sued for damages. In evaluating the Emergency Medical Treatment and Active Labor Act’s (“EMTALA”) legislative history, the court stated that Congress passed EMTALA “to provide some assurance that patients with emergency medical conditions will be examined and treated regardless of their financial resources.”

Though the court did not discuss whether the flu constituted an emergency medical condition, the court did find that the emergency room physician did not violate the standards of conduct. One could argue that allowing the emergency room physician to turn the sick baby away the court created a higher standard for what constitutes an emergency medical condition. This is concerning given that hospitals are turning away patients with COVID-19 to prioritize the sickest patients.

However, despite the unclear outcome stated in Nichols, at least one court has defined an emergency medical condition as one where the “patient’s physical well-being would likely be put in jeopardy or serious physical impairment or dysfunction would result.” Given COVID-19’s ability to cause respiratory distress, it would likely meet the criteria.

While emergency medical condition lacks a clearly established standard, it appears that immigrants will have some layer of protection when the Southern District lifts the new rule’s injunction. Though the aforementioned carveouts do not necessarily afford monetary certainty to low-income immigrants, the carveouts offer some level of certainty that treatment for COVID-19 will not otherwise render and immigrant inadmissible on public charge grounds. 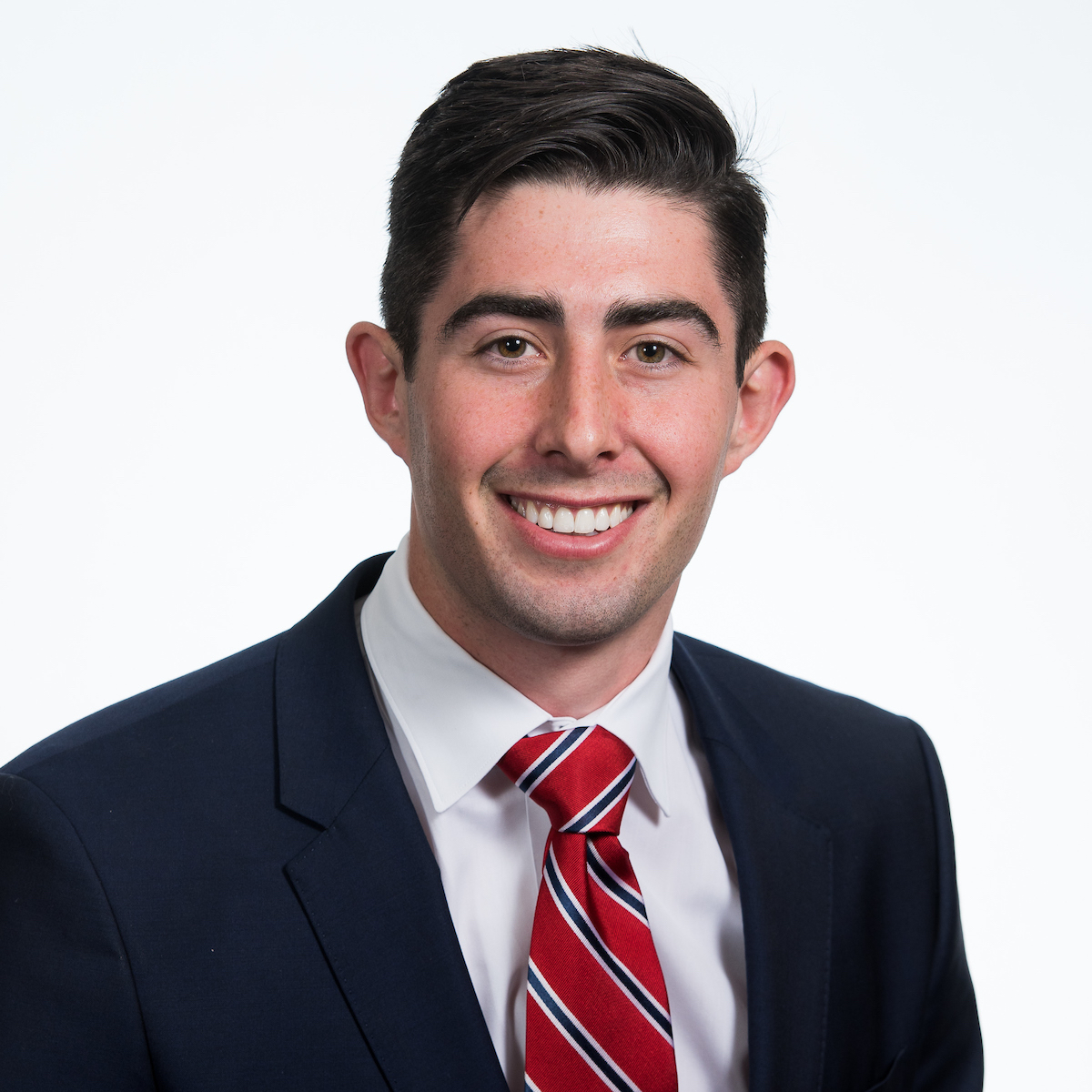 About the Author: Andrew is a J.D. candidate for the class of 2021 at Cornell Law School. He graduated from Arizona State University in 2018. Andrew is a Managing Editor for the LII Supreme Court Bulletin, an Articles Editor for the Cornell Journal of Law and Public Policy, and an Associate for Cornell Law Review. Andrew is also a member of Cornell’s Entrepreneurship Clinic, where he advises Cornell students and local entrepreneurs on different aspects of their business. He also serves as a Fund Manager for Big Red Venture, a student-ran venture capital fund.