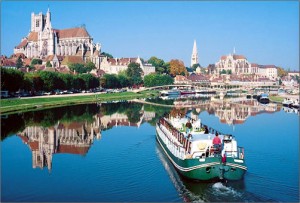 The recent wreck of the Italian ship Costa Concordia has shed light on the complex jurisdictional boundaries surrounding maritime law and an intricate interplay of interests. The private cruise company has clear commercial needs, each country has a strong desire to keep its own citizens safe while on international waters, and every individual aboard has a right to enjoy a safe vacation. Soon after the Costa Concordia accident, Italian authorities arrested the ship’s captain. U.S. law firms and an Italian consumer association plan to seek damages on behalf of U.S. and Italian passengers, respectively. Furthermore, among the deceased are four French nationals, one Italian, one Hungarian, one German, and one Spanish national—and we can expect litigation on their behalf.

Because the Costa Concordia crashed within twelve miles of the coast of Italy, Italy reserves jurisdiction over assigning culpability to the captain or the cruise line. When crimes occur on a ship outside of a coastal area, the law of the high seas governs, which confers jurisdiction to the flag of the vessel. This means that a passenger’s legal rights change—often multiple times—during the course of his or her journey.

Hopefully there will be real justice for the victims of Costa Concordia. Both the U.S. and Italy have stringent maritime laws and the resources to pursue the case vigorously. But what happens when cruise lines register ships in countries that are notorious for lenient maritime laws?

When Disney Wonder employee Rebecca Coriam, 24, disappeared while working on a cruise in March 2011, a single police officer from the Bahamas was assigned to investigate. The ship Coriam workedon had been registered in the Bahamas, and it did not matter that the ship had set sail from the United States towards Mexico, that the cruise line is based in Los Angeles, CA, that the cruise headquarters are in the UK, or that the missing passenger was of British citizenship. The police officer from the Bahamas flew to Los Angeles, where the ship had docked, and questioned only a few of the crewmembers and none of the 3,000 passengers. A few months later, an interested reporter booked the same cruise to dig deeper. One crewmember, when questioned about the disappearance of his former colleague, responded with: “I don’t know anything about it… It didn’t happen… You know that’s the answer I have to give.”

A man named Kendall Carver experienced a similarly frustrating lack of response when his daughter went missing from a cruise ship in August 2004. Carver’s testimony before a U.S. Senate Subcommittee describes the manner in which a Celebrity Cruise Ship, owned by Royal Caribbean, acted after his daughter’s disappearance:

Only after we contacted them did they make a report to the FBI one week later. This was five weeks after she disappeared. Moreover, we found out that the cruise line had previously disposed of her property without attempting to contact her family or the FBI… We had to hire private investigators, two law firms, take court action in two states and spend over $75,000 over 4 1/2 months in order to have our lawyers depose the steward—an effort that many families of victims would not have been able to make.

These are not exceptions to the rule. Several incidents of ineffective and untimely responses to crimes committed aboard cruise ships have come to the media’s attention, including the 2005 disappearance of George Smith, who vanished while on his honeymoon, and the 2005 disappearance of over $32,000 worth of items belonging to a woman named Connie Eagerton. Since 2000, there have been 175 reported disappearances across all cruise lines—a few have already been reported for 2012. One group has put together FBI reports to create a searchable database of over 363 incidents involving cruise ships from December 2007 to October 2008, ranging from theft to sexual assault to death. However, such information must be viewed in light of the fact that in 2008, cruise ships were not required to keep law enforcement on board, and there existed only a voluntary agreement to report crimes such as homicide and rape to the FBI.

An organization called International Cruise Victims, founded by Kendall Carver, has worked to promote better legal remedies to victims of crimes aboard cruises. So far, the organization has appeared before a congressional hearing, has introduced legislation requiring moreaccountability from cruise lines, and has solicited members from nine different countries in an attempt to establish better international standards for cruise passengers.

Congress responded in 2010 with the Cruise and Vessel Security and Safety Act, which requires ships to immediately report crimes that involve a U.S. national, take place on a U.S. vessel, or occur in U.S. waters, to the FBI. Regardless, problems remain. Cruise lines can avoid some liability by registering ships in countries that have lower standards for accountability for crimes. They can also refuse to cooperate in other ways—one Los Angeles lawyer who works on claims against cruise lines is uncertain whether or not the new law will change much, stating: “I’m still getting the same types of issues with the cruise lines refusing to hand things over. They always have some excuse—like the video was out that day, it got lost, or it was erased on accident.” Furthermore, Congress acknowledges that “obtaining reliable crime-related cruise data from governmental sources can be difficult because multiple countries are often involved when a crime occurs on the high seas, including the flag country for the vessel, the country of citizenship of particular passengers, and any countries having special or maritime jurisdiction.”

As a result, most passengers are still at the mercy of cruise lines—legal reform relies heavily on the (voluntary) timely reporting of crimes and the (voluntary) adherence to a particular country’s laws by individual, privately owned cruise lines. As California state Senator Joe Simitian described it, “When you climb on a cruise ship, you have alcohol, gambling, ambiguous jurisdiction, no law enforcement and a strong public relations incentive to deny the problem.”