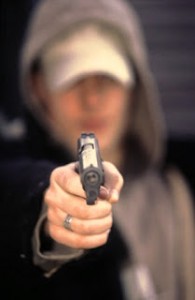 In Parts I and II of this series, I introduced the problem of faulty eyewitness identification, presented the factors currently considered by jurors when weighing eyewitness testimony, and discussed some of the problems surrounding eyewitness confidence as it relates to accuracy.  In Part III, I discuss the other Biggers factors, as well as further variables that can influence eyewitness accuracy.

In addition to the confidence of the witness, the Supreme Court has indicated that jurors are to consider the opportunity of the witness to view the criminal, the witness’ degree of attention to the crime, the accuracy of the witness’ prior description of the criminal, and the length of time between the crime and the confrontation.  Intuitively, these factors seem to be things that would be relevant when weighing the testimony of eyewitnesses.  Empirical research, however, has shown that evaluating the credibility of eyewitness testimony on the basis of these factors is not so simple.  Research in the fields of psychology and law has shown, for example, that variables such as the presence of a weapon or the race of the perpetrator can significantly alter the accuracy of the witness.

The “weapon-focus effect” is one phenomenon that can affect witness accuracy regardless of the amount of time that the witness has the opportunity to view the perpetrator.  The theory is that when a perpetrator is holding a weapon, the weapon will draw central attention, thus decreasing the ability of the witness to encode and later recall details about the perpetrator’s appearance.  The Biggers factors deal only with the opportunity to view the crime itself and are not tailored to account for the presence of a weapon.  But it is entirely possible that a witness who has ample time to view a criminal act may be distracted by a weapon, for example, and therefore in no better position to identify the perpetrator than a witness who saw a perpetrator for mere seconds.

Another key factor that is unaddressed by the Biggers guidelines is the racial dynamics between the witness and the perpetrator.  A consistent result has emerged in the empirical data showing a strong “own-race bias” or “other-race effect.”  The theory is that individuals are much better at identifying people of their own race than those of a different race.  Most researchers agree that such a bias exists, but there are multiple theories as to why it exists.  One theory is that individuals view being of a different race as a “trait,” but fail to remark on the race of a person who is of their same race.  That is to say, if a Caucasian individual views the face of another Caucasian individual, he or she will process nose, eyes, hair color, etc., but when viewing the face of an African American, for example, he or she will process skin color, nose, eyes, hair color, etc.  Focusing on this extra trait takes away from the witness’ ability to process, and later recall, the other traits.

Another explanation for the own-race bias is the use of different processing features for same-race versus different-race individuals.  There are two ways that individuals process facial features: holistically and featurally.  Simply put, holistic processing refers to viewing an individual as a single face, whereas featural processing refers to viewing an individual as a collection of facial traits (i.e. eyes, nose, mouth).  Individuals tend to process faces holistically when the subject is of the same race, or if the individual has had a significant amount of exposure to individuals of the suspect’s race.  Most importantly, research indicates that recognition of faces is better when processed holistically.  Therefore, individuals are better at recognizing subjects of the same race than those of other races, because they process the faces of individuals of other races with a featural orientation.  In any event, no Biggers factor takes race into consideration, despite the vast amount of empirical research suggesting that race can vastly alter an eyewitness’ accuracy.

Based on the research concerning eyewitness confidence, the weapon-focus effect, and the own-race bias, there is a strong chance that the Biggers factors do not adequately ensure that jurors weigh the necessary information when determining witness credibility.  In the remainder of this series, I will examine whether or not the current Biggers factors violate due process and whether a recent New Jersey Supreme Court ruling may encourage nationwide reform.