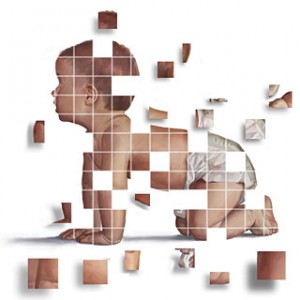 Since the unveiling of Dolly the cloned sheep in 1997, serious and contentious questions about the ethical and legal implications of genetic technology, and specifically its use on humans, have come to dominate many religious and cultural debates.  The central question seems to turn on the relative value of the “natural” form, and consequences flowing from its alteration.  More concretely, it asks whether it is wise to allow genetic technology to “pollute” our “pure” genetic code.

While the technology that would allow such alteration is still in a relatively infantile state today, its maturity is closer than we might think.  In part due to this perceived immediacy, some Americans worry about the implications of such a science fiction-esque state of affairs, and so a number of Congresspersons have sought unsuccessfully to ban prospectively the technology and all associated research.  As we come closer to the realization of the technology’s full capacity, such attitudes will become more widespread, and similar efforts will likely have greater traction.  In the not-so-distant future, the question of what to do about genetic technology will become a necessary one, and will require an answer.

An outright ban of this technology goes too far.  The potential benefits of the capacity to alter the human genome far outweigh its potential costs, and the preclusion of any development by an outright ban will eliminate all of those benefits.  Of course, the calculus here is not a simple one and is by necessity speculative.

Central to the policy arguments of those who advocate a ban (or at the very leastsignificant regulation) of human–focused genetic technology is a worry that its use would necessarily exacerbate the already significant problem of social stratification by making manifest the markers of that stratification.  In other words, the rich would not only wield significant and economic resources, but they would be biologically superior.  But this is already true.  Through the miracle of cosmetic surgery, one can purchase physical beauty, limited only to the contents of one’s bank account.  Would the addition of another option really change that much?

Moreover, is it morally acceptable to limit a person’s choice to improve oneself in any way one sees fit?  This question brings us to examination of the myriad potential benefits that the technology offers.  Those benefits are not limited to superficial ideals of beauty and intelligence but would have a real impact on human suffering and human potential.  It promises to cure all genetic disorders, to augment our immune system to eliminate communicable disease, and even to allow habitation of Antarctica and Mars.  Can we really throw away all of that in the face of possible social disruption?  Is maintenance of the status quo so vital that we must foreclose all of the benefits of this technology to achieve it?