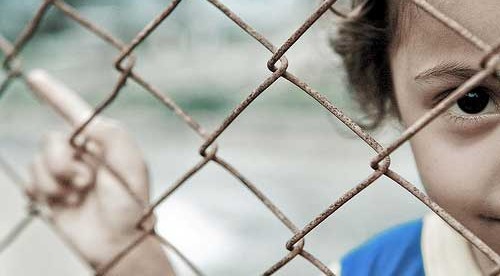 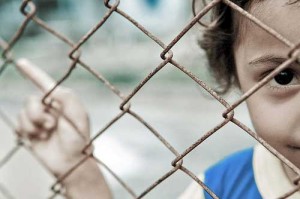 Each year, thousands of children cross the border from Mexico to the United States alone or “unaccompanied”.  As defined, an unaccompanied minor is person under age eighteen who does not have a parent or legal guardian in the U.S., or their parent or guardian in the U.S. is unable to provide care and physical custody to the child.  Unaccompanied minors may travel to the U.S. by smugglers, alone on buses and trains, or on foot with other adults because of poverty, gang violence, or other problems in their home countries.

Congress has passed specific legislation to provide both protection and pathways to legal status for abused, abandoned, neglected children or victims of human traffickers.  In 2008, Congress enacted the William Wilberforce Trafficking Victims Protection and Reauthorization Act (TVPRA), which mandated that every unaccompanied minor be interviewed to determine that they are not a potential victim of trafficking, does not have a possible asylum claim, and voluntarily agrees to go back home.  Moreover, a class action lawsuit settlement known as the Flores Settlement, now ensures that detained minors receive (1) food and drinking water, (2) medical assistance in the event of emergencies, (3) toilets and sinks, (4) adequate temperature control and ventilation, (5) adequate supervision to protect minors from others, and (6) separation from unrelated adults whenever possible.

Further, the TVPRA requires that ICE detain children in the “least restrictive setting” possible.  However, because of a recent surge in apprehensions, some youth who would ordinarily be placed in a less restrictive shelter, may be placed in a highly restrictive shelter, one that is more like a jail than a ”shelter”, because there is an available bed.  It is also unclear how the appropriate restrictive level is being assessed for each child, whether the assessment is accurate, and how often an assessment of the child is completed for those who remain detained for an extended amount of time. 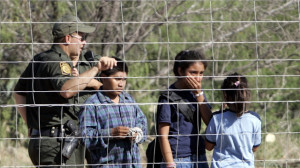 ORR has also had to open up “surge shelters” for these youth, even turning an Air Force base into a shelter for undocumented children because there are no available beds in actual licensed ORR shelters.  Without proper licensing and oversight, these children may not be living in the appropriate conditions – not only with respect to the level of restrictive environment – but also in terms of basic medical care, access to mental health support, and potential access to attorneys.  Potentially, advocacy organizations may file another class action lawsuit like Flores if youth are being placed in inappropriately highly restrictive settings or are not receiving adequate care.

Beyond maintaining their well-being while they are detained, these children sometimes do not have the ability to participate meaningfully in their immigration proceedings.  First, these youth do not have the right to counsel.  Without an attorney, there is no way for these children to understand the consequences of their proceedings.  For example, a minor who elects deportation because they no longer want to remain in detention will be barred from re-entering the U.S. for ten years.  If the minor is able to meet with an attorney, they may be able to obtain “voluntary departure” – a type of removal that would allow the youth to return to the U.S. when they have a legal means to do so, like through a student visa.  They may also find that they are eligible for another form of legal relief to remain in the U.S., such as a U visa (for those who were a victim of a crime in the United States).

Further, DHS sometimes has inadequate translation support in removal proceedings for the minor.  For example, youth from Central America, a group that comprises a large portion of the detained unaccompanied minor population, may speak Spanish even though their native language is of their country of origin such as Chuj or Kaqchikel.  If these children are unable to meaningfully participate in their removal proceedings, there may be some serious procedural due process issues. Indeed, if a youth is unable to meaningfully participate in their proceedings and cannot understand the implications of their decisions, such a situation may raise due process concerns.

Clearly, any potential remedies will require more manpower, training and, thus, financial resources. However, providing protection to children and vulnerable immigrants is rooted in the history and traditions of this country.  We have to address the systematic inadequacies of the immigration policies for unaccompanied minors so they retain their rights even in federal detention.