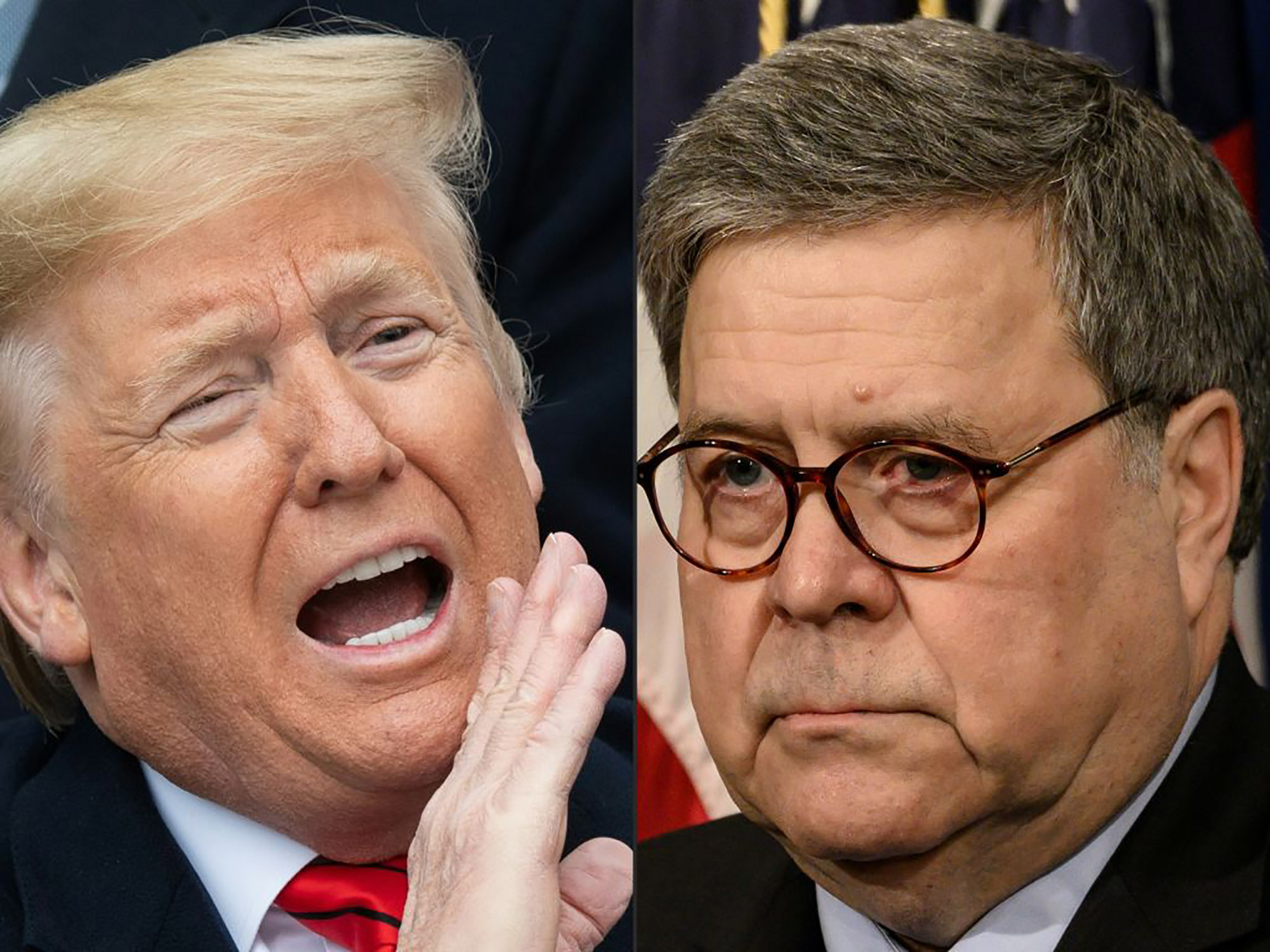 (COMBO) This combination of pictures created on February 14, 2020 shows US President Donald Trump speaking after signing the United States-Mexico-Canada Trade Agreement, known as USMCA, during a ceremony on the South Lawn of the White House in Washington, DC, January 29, 2020. US Attorney General, William Barr holding a press conference, regarding the December 2019 shooting at the Pensacola Naval air station in Florida, at the Department of Justice in Washington, DC on January 13, 2020. - President Donald Trump dismissed rare criticism from his attorney general February 14, 2020, tweeting that he has the "legal right" to intervene in criminal cases whenever he likes. The Republican businessman has been accused by opponents in Congress of trying to strip away the Justice Department's independence to benefit himself and his allies. (Photos by SAUL LOEB and ANDREW CABALLERO-REYNOLDS / AFP) (Photo by SAUL LOEB,ANDREW CABALLERO-REYNOLDS/AFP via Getty Images)