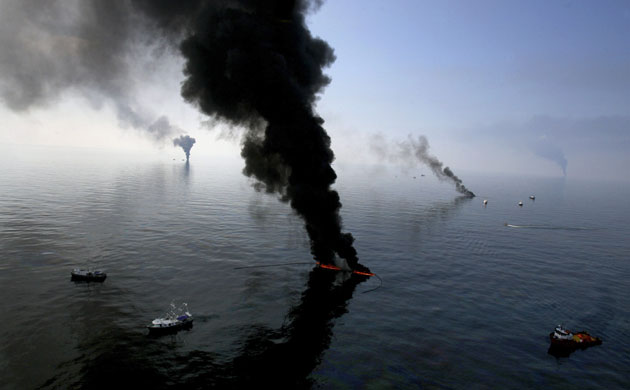 Recent democratic protests in the Middle East have had the inconvenient effect of raising the price Americans pay at the pump. Gas prices across the country are near or at record levels. Predictably, this has prompted a flurry of speechmaking and proposals from both sides of the aisle.

In a speech last Wednesday, President Obama reiterated the general policy goals he has been touting since he was Obama-the-candidate: cut oil imports, increase domestic fuel production, and increase the use of alternative energy sources. While Obama’s general policy goals have remained constant, the BP oil spill has altered his specific policies regarding domestic fuel production.

First, increased drilling activity would increase the risk of spills. Despite claims about the safety of offshore drilling and assertions that the Deepwater Horizon explosion was a “fluke,” the fact is that the number of spills from offshore oil rigs and pipelines has significantly increased over the past ten years. According to the Minerals Management Service, which tracks spills greater than fifty gallons, the average number of spills per year jumped from 5 between 1970 and 1990 to 17 between 2000 and 2009. The average number of gallons spilled increased by 1,700 between the 1990’s and 2000’s. Though offshore oil production has certainly increased, the rate of barrels spilled per barrels produced has also been increasing.

It’s still unclear what effects, if any, the Obama administration’s new permitting regulations will have on spill rates and severity. Furthermore, Congress has yet to adopt a single recommendation from the Oil Spill Commission, whose final report detailed the causes of the Deepwater Horizon explosion and how to prevent and mitigate the effects of any future offshore spills.

Second, oil spills have devastating economic and environmental effects, a fact that then Governor Charlie Christ (R-Fla.) recognized when he praised Obama’s first moratorium for helping to protect Florida’s beaches and vital tourism industry. Oil spills not only contaminate coastlines but also pollute our seafood, destroy local fisheries, harm sea birds, and cause irreversible damage to marine ecosystems. Recent reports indicate that dead baby dolphins are washing up on Gulf shores at a rate ten times normal, a fact marine biologists are linking to intrauterine ingestion of oil and chemical dispersants. The total number of whale and dolphin deaths may be at least 50 times higher than what’s currently being reported. None other than Fox News reported that scientists are also concerned about the as yet unknown, long-term effects of oil spills.

Finally, if we drill all, yes all, the accessible oil on the Outer Continental Shelf, we’ll save a whopping three cents per gallon at the pump by 2030. Totally worth it, don’t you think?