Loot boxes in video games are a controversial topic that has many people split on whether we should consider this in-game feature as a form of gambling. Many regard loot boxes as a “gambling-like” mechanic, which raises the concern of conditioning gamers, specifically underage gamers, to develop a gambling problem.

Some video games use microtransactions in a way that allows gamers to use real-world money to purchase a guaranteed in-game item of their choosing. However, many popular video games use loot boxes, such as Overwatch. Gamers can earn loot boxes through gameplay or by purchasing them with real-world money. When opened, these loot boxes generate random in-game rewards such as virtual characters, skins, and equipment. Despite a gamer having the ability to unlock loot boxes by merely playing the game, there is concern over the purchasing aspect (with real money) of loot boxes. There is no guarantee of getting specific items when opening loot boxes due to their randomized system, and individuals can spend lots of money without ever receiving the item they want. There are instances in which children have spent a large amount of money trying to get prizes in games. In 2011, an 8-year-old spent $1,400 on the iPhone Smurfs’ Village Game, and the mother of the 8-year-old stated, “I thought the app preyed on children . . . [n]ote that the Smurf app states it is for ages 4-plus.”

Many regard loot boxes as gambling because of their risk-like nature. Ryan Morrison—known as the Video Game Attorney—believes that loot boxes are a form of gambling because gamers use their money for the chance of getting something of value. On the other side, some strongly disagree with the notion that using loot boxes is gambling. In particular, Electronic Arts (EA), an American video game company, has expressed its views that loot boxes are not gambling “because players always receive a specified number of items in each pack, and secondly we don’t provide or authorize any way to cash out or sell items or virtual currency for real money[.]” The differing attitudes of what it takes to consider this in-game feature as gambling raises the question of who is on the right side of the debate. EA’s Vice President of Legal and Government Affairs has gone as far as to say that these randomized rewards are not “loot boxes” but are instead “surprise mechanics.”

Despite the lack of regulations on loot boxes in the U.S., the Entertainment Software Rating Board (ESRB) has enforced some self-regulation. The ESRB has placed labels on video games that warn consumers about any “in-game purchases” in that particular game. Whether these labels help warn consumers about loot boxes is still up for discussion, as some believe that the labels should be amended to explicitly warn of gambling-like microtransactions. Currently, the labels are ambiguous and warn of all additional paid content, such as downloadable content, which is not gambling-like.

In 2018, the World Health Organization classified “gaming disorder” as an official medical condition. With the rise of one mental health issue resulting from video games, the effects of using loot boxes on developing a gambling problem is a concern. Although the United States does not currently recognize loot boxes as gambling, another country, namely Belgium, has already implemented a ban on using real money for loot boxes because of the gambling-like aspect’s impact on the mental health of children.

Some bills introduced recently may lead to changes in not only how we view loot boxes within the law, but also as a society. Senator Josh Hawley has expressed strong views through legislation and on social media declaring that “[v]ideo game companies are using . . . ‘loot box’ systems to addict children to their games and spend their parents money.” Hawley’s introduced bill aims to ban both microtransactions and loot boxes, specifically to protect gamers who are minors. Similarly, State Representative Chris Lee introduced two bills—SB3024 SD1 and HB2727—after a 2017 controversy surrounding the game Star Wars Battlefront II. This controversy led the game’s developers to eliminate all in-game purchases on the game’s launch date due to the intense backlash from fans about the loot box system. Fans felt displeased and taken advantage of when they learned about the amount of time it would take to earn the “Darth Vader” character through gameplay alone, without spending money on loot boxes for a chance to get the character quicker. In response to this controversy, Lee called the loot box system “predatory” and stated that “[t]his game is a Star Wars themed online casino.” The first proposed bill, SB3024 SD1, strives to “[p]rohibit[] the sale of video games that contain a system of further purchasing to consumers under 21 years of age[,]” which includes loot boxes. The other proposed bill, HB2727, attempts to establish “[c]ertain disclosure requirements for publishers of video games that contain a system of purchasing a randomized reward.” After Lee’s announcement, one gamer’s response was: “[a]s a gamer, thank you Chris [Lee]. Not only are loot boxes gambling, but they are also very anti-consumer.” Interestingly, a 2018 study suggests that uncertainty remains as to whether loot boxes are indeed a “gateway” for gamers to become problem gamblers.

If the U.S. passes these bills, the result may put game developers and government figures in the difficult position of determining which video games to impact. Of course, minor-oriented games that have microtransactions and loot boxes would become limited by legislation, as minor-oriented games are the targets. However, minors may continue having access to microtransactions and loot boxes by playing “M for Mature and Adult Only” rated video games that are not minor-oriented. Parents of minors may purchase these games for them, or even minors themselves could purchase these games from retailers. Proper legislation may be the motivating factor needed for parents and retailers to become hesitant in allowing minors to have access to these games.

It is unclear whether U.S. law will come to recognize loot boxes as gambling, even with some of the proposed bills that suggest a change in perception. Many continue having strong views about the issue, despite efforts of self-regulation in place within the video game industry. Those who believe loot boxes are gambling may get the legislative outcome they desire if U.S. law passes the proposed bills. 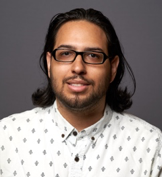 Michael Hewson is a second-year student at Cornell Law School, and in 2017, he obtained a B.A. in Psychology from Queens College, CUNY. Michael is an online associate for The Issue Spotter and enjoys not only playing video games but also writing on issues within the gaming industry.