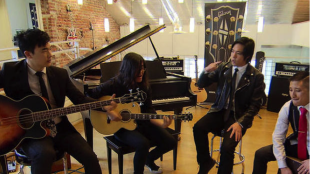 What’s in a name? Early this year, the Supreme Court considered this question in Lee v. Tam. The US Patent & Trademark Office (PTO) denied Simon Tam and his band, The Slants, a trademark for the name of the band. Citing the anti-disparagement clause of the Lanham Act, the PTO found that the name could be “disparaging” to people of Asian-American descent. The US Court of Appeals for the Federal Circuit, a specialized court with jurisdiction over intellectual property matters, recently ruled en banc in the case. There, the Court found that the anti-disparagement clause constitutes unconstitutional viewpoint discrimination. During oral arguments, the Supreme Court appeared to agree with the Federal Circuit Court’s thinking. Justice Kagan echoed this sentiment in her question to the Government’s lawyer:   “The point is that I can say good things about something, but I can’t say bad things about something. And I would have thought that that was a fairly classic case of viewpoint discrimination.”   The Justices seem posed to rule in Tam’s favor, ending a six-year battle with the PTO over the name of the band.   In the case of the arts, this result seems just. It stamps out bureaucratic oversight [read more]