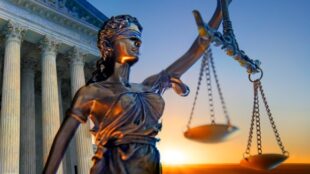 (Source) Over the past year, public discourse increasingly cited the value of the rule of law. In response to the January 6 insurrection, then-President Trump claimed that “Making America Great Again has always been about defending the rule of law.” About a month later, President Biden remarked that one of “America’s most cherished democratic values. . . [is] respecting the rule of law.” What do public figures mean when they refer to the rule of law? Do they invoke the phrase in the same way they purport to know what “the American people” want, or does the idea connote much more than some amorphous optimism in our way of government. Modern legal philosophers such as Joseph Raz and F. A. Hayek have provided normative characterizations of what it means for the rule of law to govern a legal system. Raz, in particular, emphasizes that a society governed by the rule of law “must be capable of guiding the behavior of its subjects,” and identifies certain principles that derive from the rule of law, such as an independent judiciary and accessibility of courts. However, the concept boasts a history stretching back to Greek philosophers, and the ways in which the rule [read more]