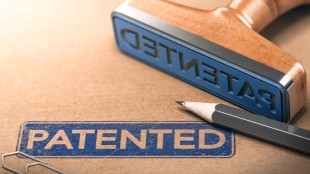 (Source) The authority to grant to patents arises from Article Eight of the United States Constitution. Specifically, Clause Eight grants Congress the power to “promote the Progress of Science and useful Arts, by securing for limited Times to Authors and inventors the exclusive right to their respective Writings and Discoveries.” Through this clause, Congress is empowered by the Constitution to grant copyrights and patents. Under this authority, Congress has enacted and promulgated various statutes in furtherance of promoting the progress of science and the useful arts. One such statute is 35 U.S.C. § 101, whose interpretation has been embroiled in controversy over the past decade. The statute delineates the types of subject matter that are patentable. Section 101 renders patentable “any new and useful process, machine, manufacture, or composition of matter, or any new and useful improvement thereof.” Laws of nature and natural phenomena are prima facie unpatentable. Additionally, a mathematical formula is unpatentable because it “is merely a statement of a law of nature.” Similarly, medical diagnostic processes should be deemed as a category of patent-ineligible subject matter for numerous reasons. First, courts have repeatedly struck down patent claims to medical diagnostic processes unless they include a step of [read more]