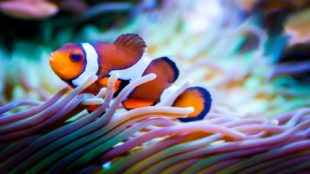 (Source) Recently, several researchers and scientists from all over the world released a survey in the journal Science consisting of over 500 studies done on the far-reaching effects of an everyday phenomenon: noise, specifically noise as a pollutant of marine ecosystems. According to the survey, the soundscape of our oceans is dramatically changing. Climate change has altered geophysical sources of noise, such as sea ice and storms, in addition to affecting populations of noise-producing marine animals. Furthermore, human involvement in the form of vessels, active sonar systems, energy and construction infrastructure, and seismic surveys – just to name a few – are generally on the rise. Depending on the water pressure and temperature, sound can travel for thousands of miles without decreasing considerably in energy. Although research has not yet definitively connected noise pollution with a higher mortality rate for marine animals, scientists are concerned about the long-term effects it could have on our planet’s oceans. All of this far-reaching, human-generated noise compromises the hearing ability of marine animals, which disrupts their normal behavior processes for finding food, mating and migrating, and communicating with each other. For example, in 2017 the Obama Administration considered the use of seismic airgun arrays [read more]

"Over 1,600 miles long, the Moroccan Wall, or Moroccan Berm, is the longest operational military barrier in the world, and you have probably never heard of it. " [read more] 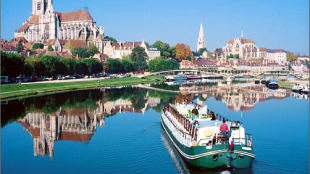 The possibility of a shipwreck is the least of a cruise passenger’s worries. [read more] 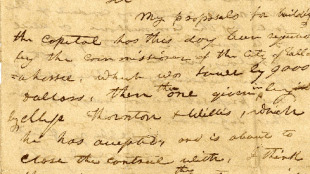 Cornell Law Professor and Director of the Cornell Institute for African Develpment Muna Ndulo discusses the processes needed to create a successful and lasting constitution in post-conflict states. [read more] 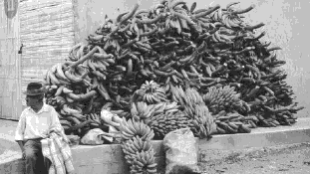 Caitlin Gunther discusses the proposed Colombia Free Trade Agreement and some issues that Congress must consider before ratifying the agreement. [read more]

I. Introduction In March 2009, Housing and Urban Development Secretary Shaun Donovan testified before Congress about the growing danger of a unique low-income housing crisis.  He stated that suburban sprawl has decentralized both affordable housing and job opportunities, which has rendered low-income families particularly susceptible to energy cost spikes.  Today, low-income suburban families spend nearly one third of their income on transportation.[ii] As the price of private transportation continues to soar, the rate of gentrification of urban areas has increased.  This, in turn, leads to rises in rents and property taxes in urban areas, which forces low-income residents to migrate to low-cost areas.  And for the first time, the destination of the underclass is the former haven of the old establishment: the suburbs, which during the past twenty years have been overbuilt and are now drastically undervalued.[iii] However, low-income families are particularly ill-suited to suburban life.  Its low densities and “clustered” land use patterns make public transportation uneconomical,[iv] and compel transportation by automobile.[v] Faced with unprecedented demand for private transportation among indigent drivers, states should seek to decrease the derivative costs of car ownership by providing government-run automobile insurance schemes for minimum coverage.  As three Canadian provinces demonstrate, such schemes [read more]