(Source) Fashion (Law) Forward: An Interview with Professor Susan Scafidi This podcast transcript has been edited for concision and clarity. Christina Lee Hello, my name is Christina Lee, and today I am happy to have you on The Issue Spotter Podcast. Today, our Online Associate Jamie Smith will be interviewing Professor Susan Scafidi, and we are super excited to welcome both of them to the podcast. So, thank you so much and looking forward to hearing this.   Jamie Smith Thanks, Christina. And hello, Professor Scafidi, thank you so much for joining me today. I’m so glad we can finally meet each other. For those who don’t know you, I’d like to give a brief introduction before we get into what I’m sure will be a scintillating discussion. Professor Susan Scafidi is the founder and academic director of the Fashion Law Institute at Fordham Law School. As the first professor to offer a course on fashion law, Professor Scafidi is an internationally recognized expert in the field. A frequent commentator on fashion and fashion law, Professor Scafidi has been featured in publications from The New York Times to Women’s Wear Daily and NPR. Professor Scafidi’s advocacy work ranges from support [read more] 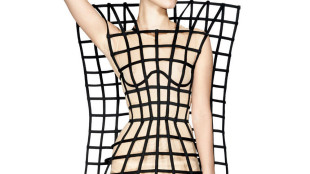 By Arielle Padover Commonplace three-dimensional (3D) printing may seem far off; however, it seems to be arriving quicker than some might have anticipated, particularly in the fashion industry. According to David Sheffler, a researcher and lecturer at the University of Virginia School of Engineering and Applied Science, “3D printing is where PCs were in the late ‘70s and early ‘80s.” In fashion specifically, Joris Debo, the creative director of Materialise, notes that while it is “a slow process of adoption,” 3D printing in fashion has changed “quite rapidly” in the past few years. While we probably have quite a while before people can say “I’ll be ready as soon as I print my shoes,” it is extremely important that lawmakers proactively address the legal issues that will inevitably arise due an increase in 3D printing. 3D printing allows people to turn a digital file into a three-dimensional object by successively layering material until the object is formed. 3D printing has been gradually making its way into the mainstream, with companies like UPS and Staples offering 3D printing services. It will likely continue to become an even more familiar process as 3D printers become increasingly more affordable and, therefore, more accessible [read more] 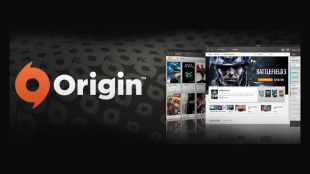 Introduction Section 35(a) of the Lanham Act[1] addresses monetary remedies for trademark infringement and false designation claims.[2] Before 1999, this section entitled the plaintiff-trademark owner to potentially receive the defendant’s profits, damages sustained by the plaintiff, and the costs of the action, if there is a violation under § 43(a) of the Lanham Act (concerning false designations and descriptions of goods or services),[3] subject to principles of equity.[4] Most jurisdictions followed the rule that the defendant’s conduct had to be willful for the plaintiff to receive a monetary award.[5] The Trademark Amendments Act of 1999 revised § 35(a) by replacing “a violation under section 43(a)” with “a violation under section 43(a), or a willful violation under section 43(c)” (which deals with trademark dilution and tarnishment) as qualifying for monetary awards.[6] By including the word “willful” for § 43(c)—but not for § 43(a)—courts were left divided on whether the amendment extinguished the willfulness requirement for infringement and false designation claims.[7] This note argues that willful deception should be a prerequisite to an award of profits or damages for trademark infringement and false designation claims.  It considers, in turn, the meaning of “willfulness”, the text and legislative history of the Trademark Amendments [read more]