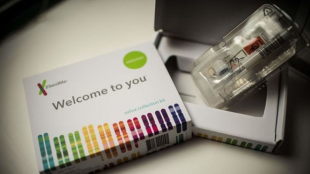 (Source) The use of forensic genetic genealogy (FGG) as an investigative tool for law enforcement has become, “if not exactly routine, very much normalized.” The normalization is in large part due to law enforcement’s use of FGG to identify and arrest the Golden State Killer. The April 2018 arrest gained national recognition, and subsequently, so did the police’s use of FGG as an investigative tool to narrow in on suspects. Forensic genetic genealogy has immense potential to serve as an investigative tool for law enforcement. The technique helps investigators “reduce the size of the haystack” by identifying the suspect’s family—making it that much more probable to find the needle. In the case of the Golden State Killer, law enforcement used GEDmatch, a public website that produces possible familial matches based on users’ genetic profiles. The site allows users to upload genetic profiles from third parties (such as 23andme and Ancestry.com), which is how law enforcement uploaded a DNA profile of the suspect from the Golden State Killer case. GEDmatch produced a partial match to the DNA profile, uploaded under a fake name, which led law enforcement to a distant relative. By narrowing down the possible suspect pool to one family [read more]